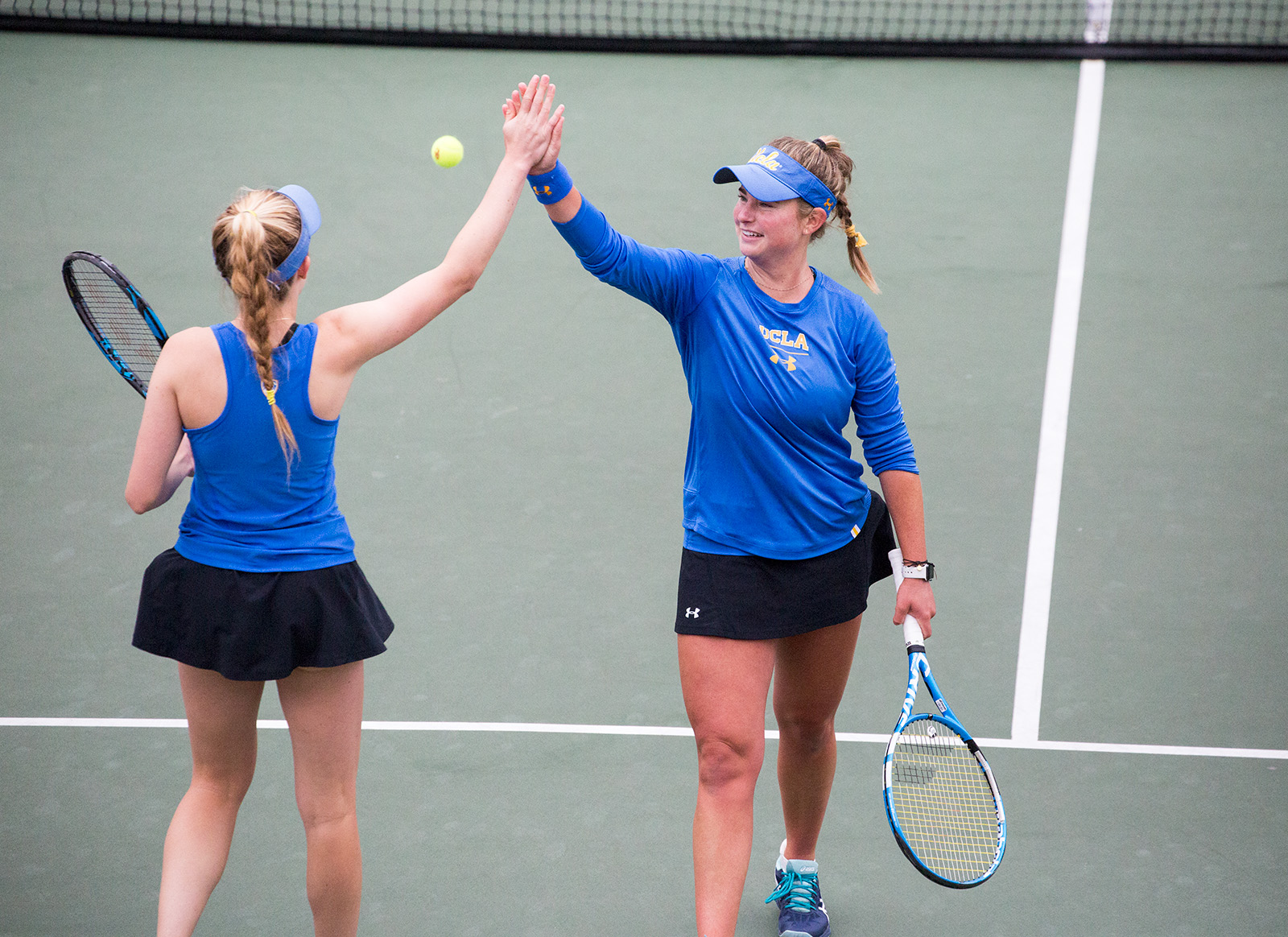 Sophomore Abi Altick won her singles match in a second-set tiebreaker to give UCLA women’s tennis a 4-2 win over crosstown rival USC before heading into the Pac-12 championships. (Kanishka Mehra/Daily Bruin)

The Bruins ended their season with a win against their crosstown foes.

Senior pair Ayan Broomfield and Gabby Andrews carded a 6-1 victory over USC’s Becca Weissmann and Danielle Willson to secure the doubles point, putting UCLA up 1-0 for the match’s first point. The Bruins have now claimed 17 of the 22 doubles points available to them this season.

“The team was excited to get to play them again, to erase that loss,” Sampras Webster said. “It’s our last regular season match so you want to finish strong to see the progress and improvement.”

Freshman Elysia Bolton earned her first singles win against a rival, defeating USC’s Ana Neffa in straight sets. Her 6-1, 6-2 scoreline added to the Bruins’ lead and left the Trojans in a 2-0 deficit.

“She loves these moments, and she’s used to playing in big moments,” Sampras Webster said. “She understands the rivalry, and I’m glad she was able to dominate her match.”

A win from Andrews on court six compensated for losses on courts three and four to put the Bruins up 3-2 with two matches left to finish. Andrews said the win will boost the Bruins’ confidence from this point forward.

“We’ve had a lot of ups and downs in our conference,” Andrews said. “Having that win today gives us the extra boost that we needed.”

The fate of the Bruins was decided by sophomore Abi Altick, who began her match trailing in the first set to USC’s Danielle Willson. Fighting back, Altick won the first set in a tiebreaker.

“I just tried to stick with her,” Altick said. “She had a really big serve, but I felt pretty confident.”

Altick fell behind again in her next set but was able to replicated the previous set’s resilience and claimed the second in another tiebreaker to secure the victory for UCLA.

“We’ve been really focused on getting some revenge from last time,” Altick said. “It just feels so good that all the hard work has been paying off.”

The Bruins have completed their regular season campaign and will head into the Pac-12 championships on the heels of a win over their crosstown rival. 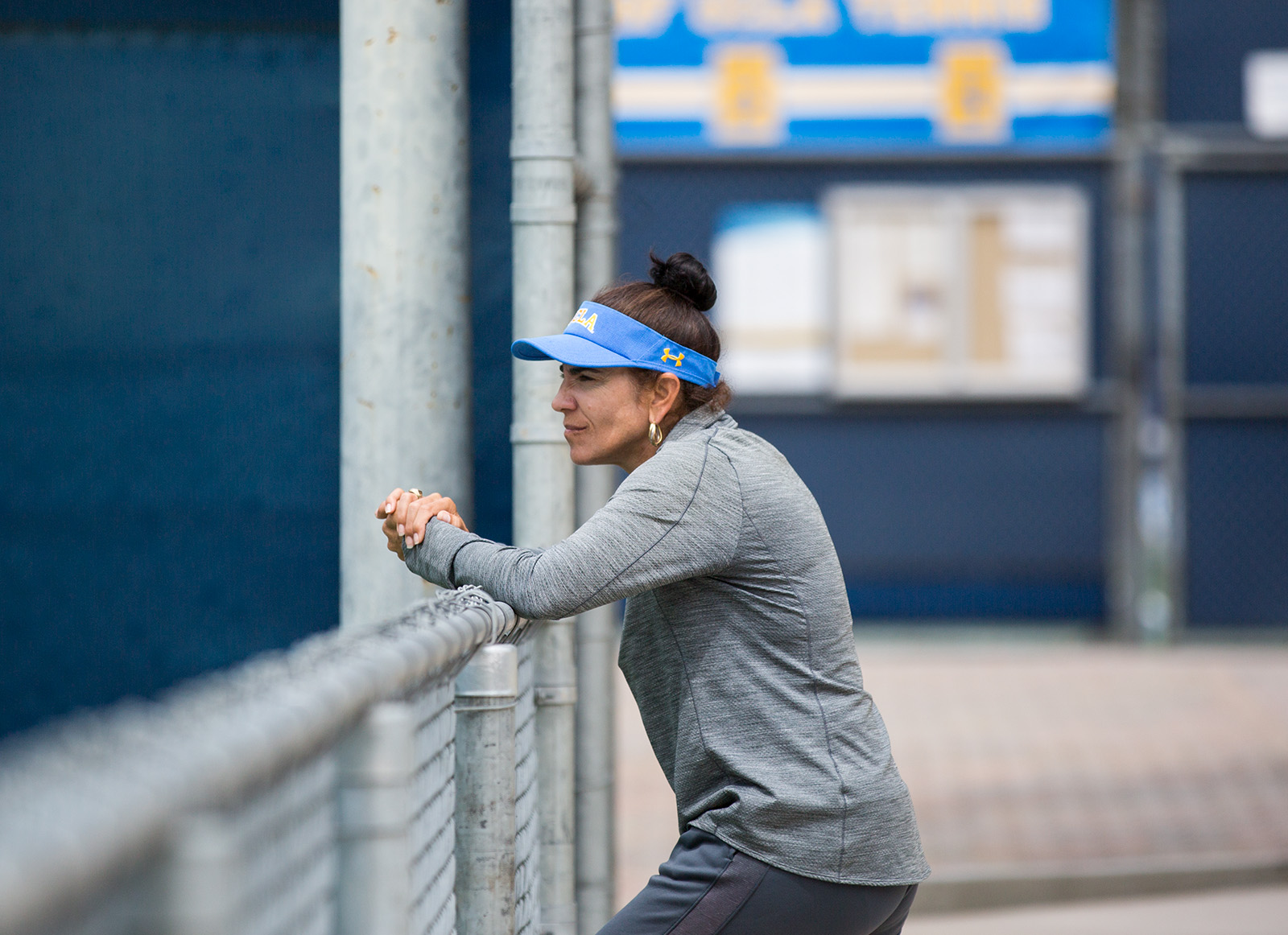