Campus Queries: What causes the different tastes in types of drinking water? 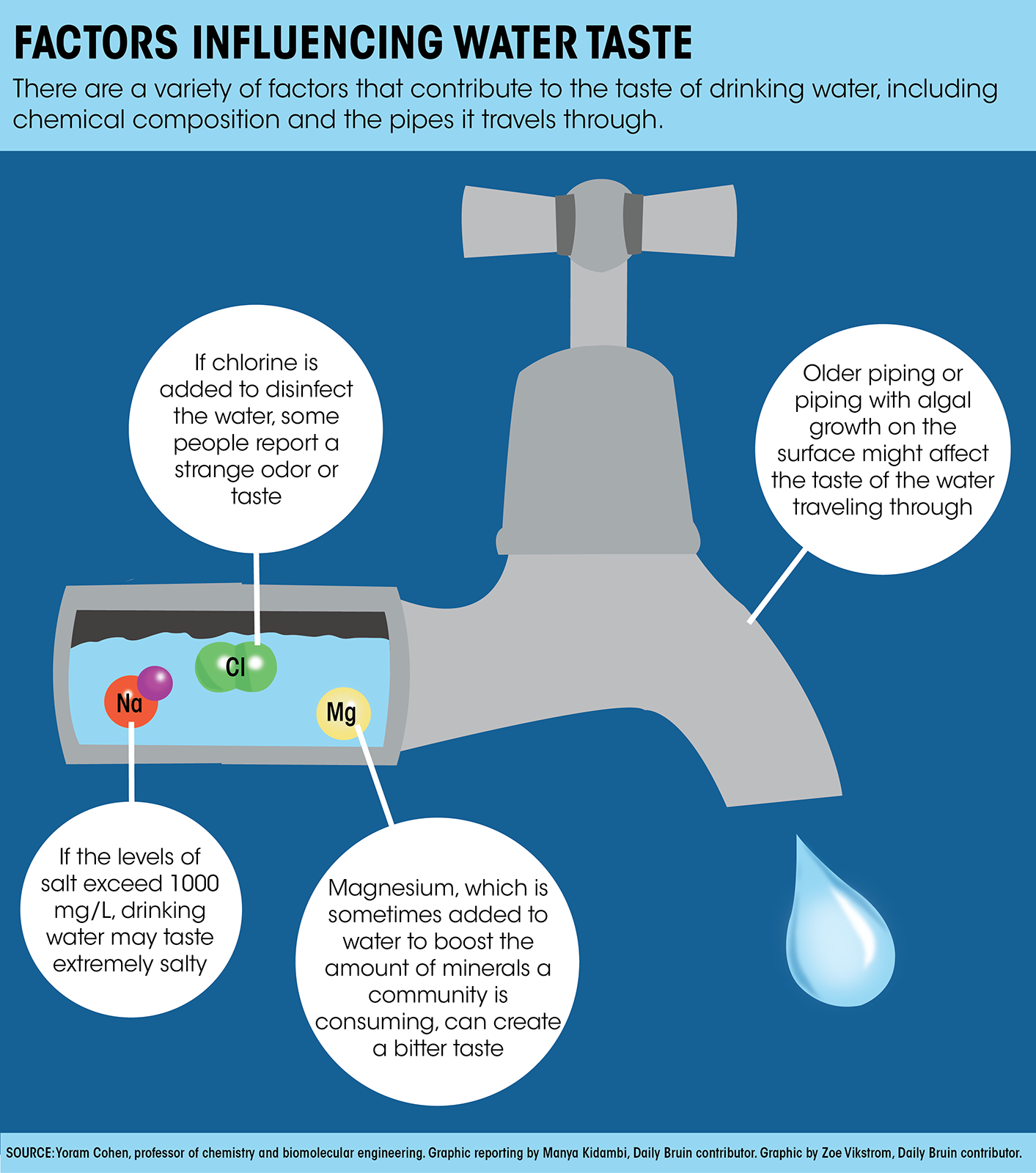 A: Drinking water’s taste differs for many reasons, such as varying levels of pH, mineral content and salinity.

Yoram Cohen, a chemical and biomolecular engineering professor, said water may also taste different if it has been contaminated with other substances. For example, if water has a high content of sodium chloride, also known as table salt, it would be easily detectable by taste.

Drinking water is recommended to contain about 500 milligrams of salt per liter, Cohen said. As sodium levels approach 1,000 mg/L, many people are able to taste the saltiness. Drinking water in Los Angeles has about 200 mg/L of salt.

In some cases, magnesium levels in water can affect bitterness, Cohen said.

Often times, taste is affected when water runs through various pipes and older distribution systems, Cohen said. Pipes that are many decades old may have growth of plants, such as algae, that affect the taste of water.

Drinking water also contains chlorine, a disinfectant used to kill germs, which can give off a distinct smell and taste in high concentrations.

Using a filter, such as activated carbon, can remove many elements that contribute to the unusual taste of some water supplies, Cohen said.

However, rather than drinking distilled water, people should drink water that has sufficient mineral content, Cohen said.

A few years ago, Cohen and his team conducted a study at UCLA to determine which type of drinking water had the best taste. They separated bottled water, tap water filtered with activated carbon, and desalinated seawater into three unlabeled bottles and instructed participants to order them by preference.

The participants listed desalinated seawater as their top choice, followed by tap water and then bottled water.

Hailey Valles, a first-year microbiology, immunology and molecular genetics student, said she prefers the water fountains on the right side of the Bruin Fitness Center because she thinks the water has a distinct flavor that tastes good.

Heloise Hakimi, a third-year political science student, said she prefers the water from the water fountains on the A-Level of Ackerman.

Cohen said students should use the water bottle filling stations on campus because many of them have their own purification systems.