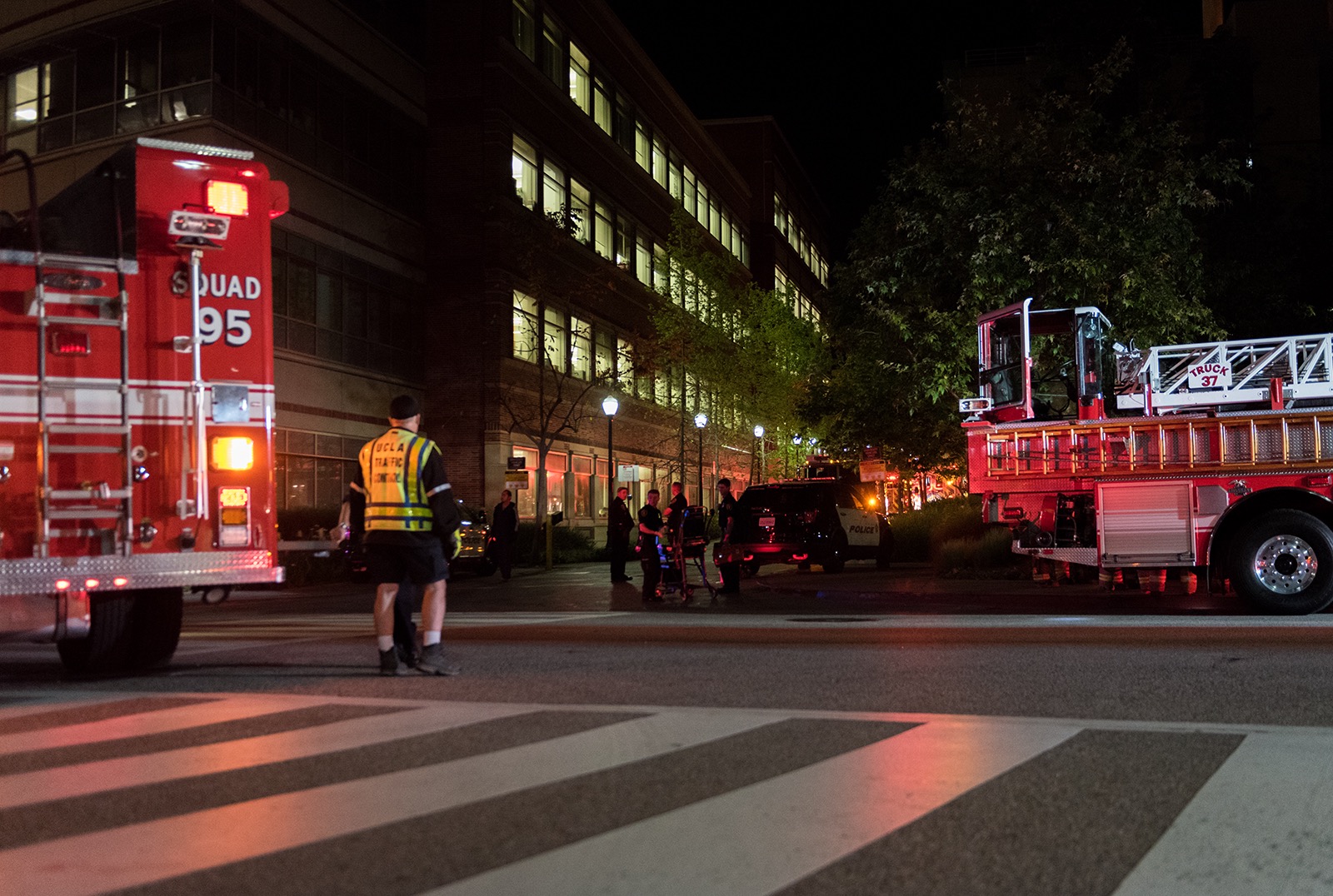 One person sustained minor injuries in a chemical explosion at the Molecular Sciences Building on Tuesday night. There are no further injuries or contamination, a UCLA spokesperson said. (Liz Ketcham/Assistant Photo editor)

The Molecular Sciences Building was closed for the night after a chemical explosion occurred around 8 p.m., according to the Los Angeles Fire Department. LAFD crews responded to the incident and rinsed the student to prevent chemical contamination. She was taken to a hospital in good condition.

LAFD Battalion Chief Robert Carpino said the explosion occurred in a lab on the top floor of the building.

LAFD HazMat experts determined the situation had stabilized, and turned the scene over to UCLA officials for cleanup and further investigation.

Harmony Becerra, a second-year physical science student, said she first heard about the explosion from her mother.

“I just got out of my lab and my mom called me and told me that there is an explosion at UCLA,” Becerra said. “I was surprised, curious what happened.”

Melissa Ledesma, a third-year biology student, said she was shocked to hear about the explosion.

“We think, working in labs, things like that won’t happen but this just proves that they do,” Ledesma said. “We have to be safe.”