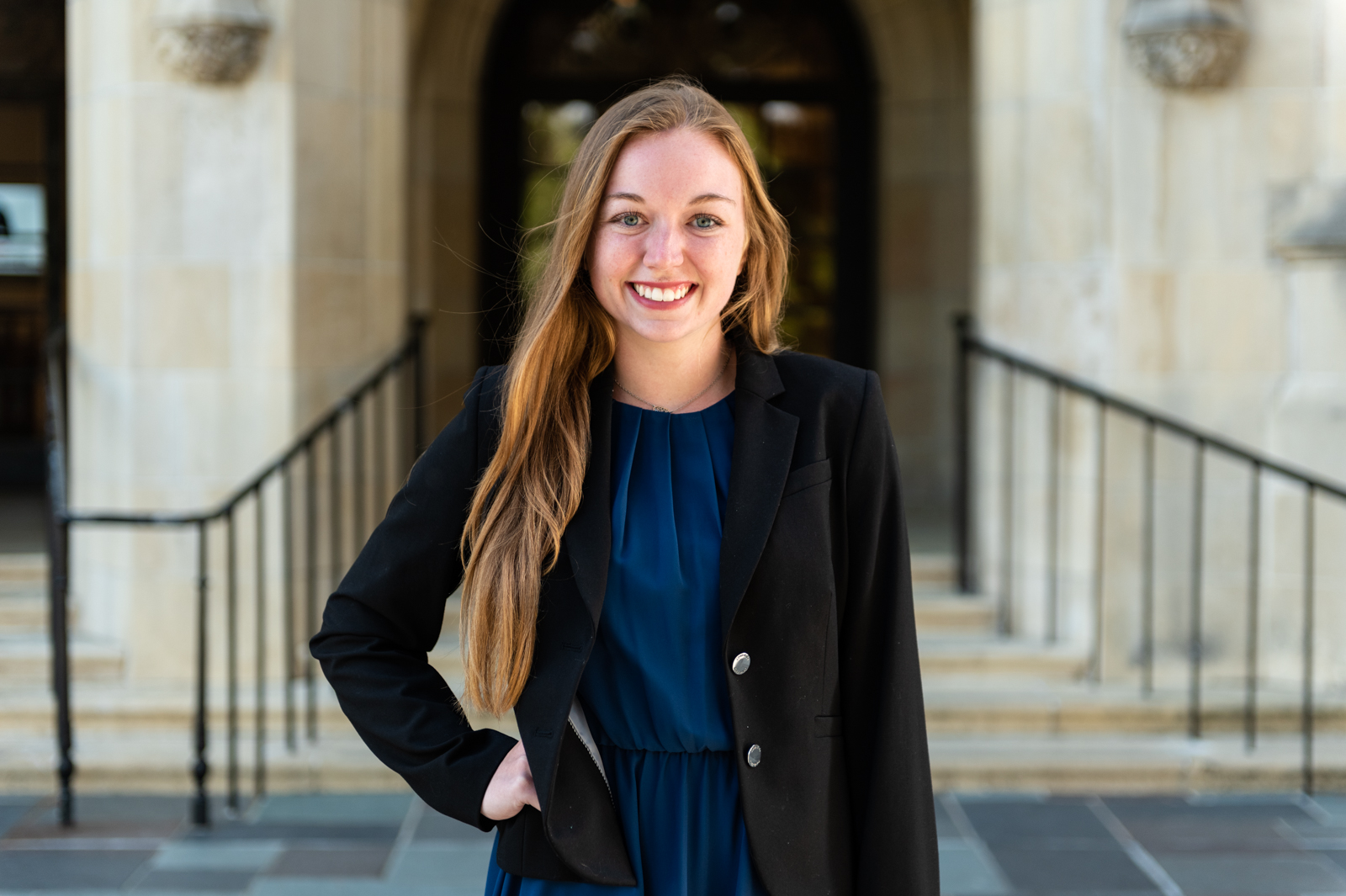 Angie Forburger, a third-year communication student, was appointed as editor in chief by the Associated Students UCLA Communications Board on April 8. (Amy Dixon/Photo editor)

The Associated Students UCLA Communications Board appointed an assistant Sports editor as the next editor in chief of the Daily Bruin in a meeting April 8.

Angie Forburger, a third-year communication student, said she wants to focus on improving communication and prioritizing digital content next year.

“To produce more long-term content, to make our content more unique, both digitally and in our print product, I think that all stems from having that management presence and that communication that can often lack when we get bogged down in day-to-day production,” Forburger said. “And I think that’s something that ultimately starts with the editor in chief and management.”

Forburger will succeed current Editor-in-Chief Jacob Preal. Preal said Forburger’s leadership experience as a content editor will help her when managing the paper and staff next year.

“She’s definitely had a sense of leadership for the past two years, which is of course important,” Preal said. “And I know that we tend to like having Sports EICs because it’s kind of one of the most important sections of the paper, so she can bring a lot to the table.”

Preal said Forburger should focus on encouraging The Bruin to produce the best content possible next year.

“She can continue on that trend to push for more innovative content, more interesting pieces that really engage with readers,” Preal said. “There’s room in that same vein pursuing content that is engaging in an online perspective.”

Ryan Smith, Sports editor, said Forburger will work well with other staff to run The Bruin.

“I always knew that this was going to be something that she would want to do, just because she cares so much and put in so many hours,” Smith said. “She makes every person that she works with better at what they do.”

Tom Forburger, Angie Forburger’s father, said his daughter wanted to come to UCLA because of the Daily Bruin.

“The main reason she chose to go to UCLA was the opportunity to work for the Daily Bruin,” Tom Forburger said. “She’s very observant, very dependable, and I think that works well with the Daily Bruin.”

Angie Forburger worked as a Sports contributor covering women’s tennis and later women’s volleyball, before becoming an assistant Sports editor in 2018. She also worked as a breaking news intern at The Arizona Republic in the summer.

Nancy Harley, Forburger’s high school English teacher for three years, said her empathy and planning abilities made her stand out as a student.

“She was one of those kids who planned things out,” Harley said. “It was like ‘This is me and this is my life and I am going to make the most of it.’”

Forburger said she will focus on learning how all members of The Bruin work together to promote stronger communication.

“A huge goal of mine is just to make sure that communication stays constant from the beginning of the year, up to this point, and I think that’s going to be the most difficult challenge coming in,” Forburger said.

Letter to the editor: Communications Board defends deliberation and decision of next editor in chief 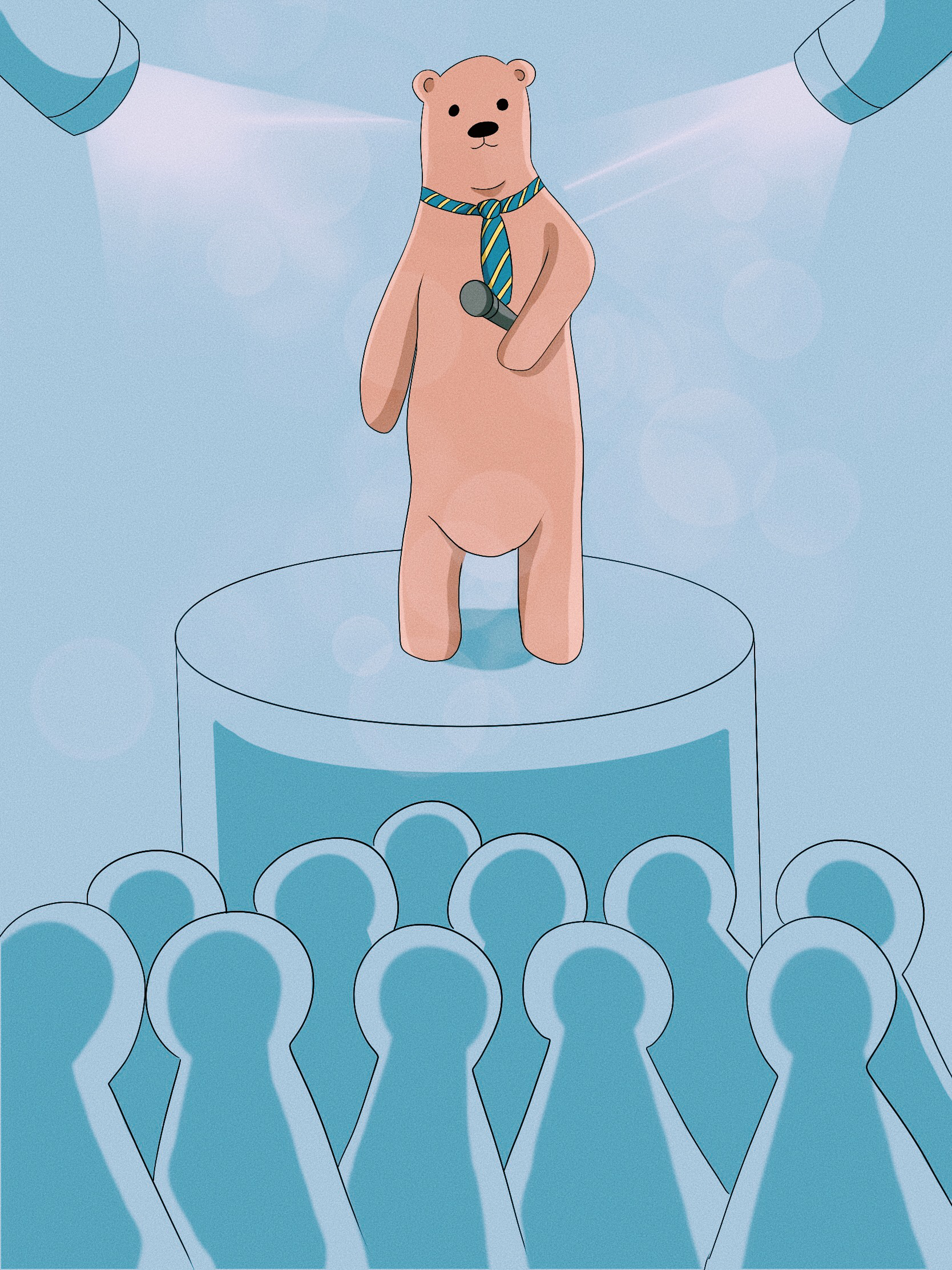