After strike, Daily Bruin staffers meet with Communications Board 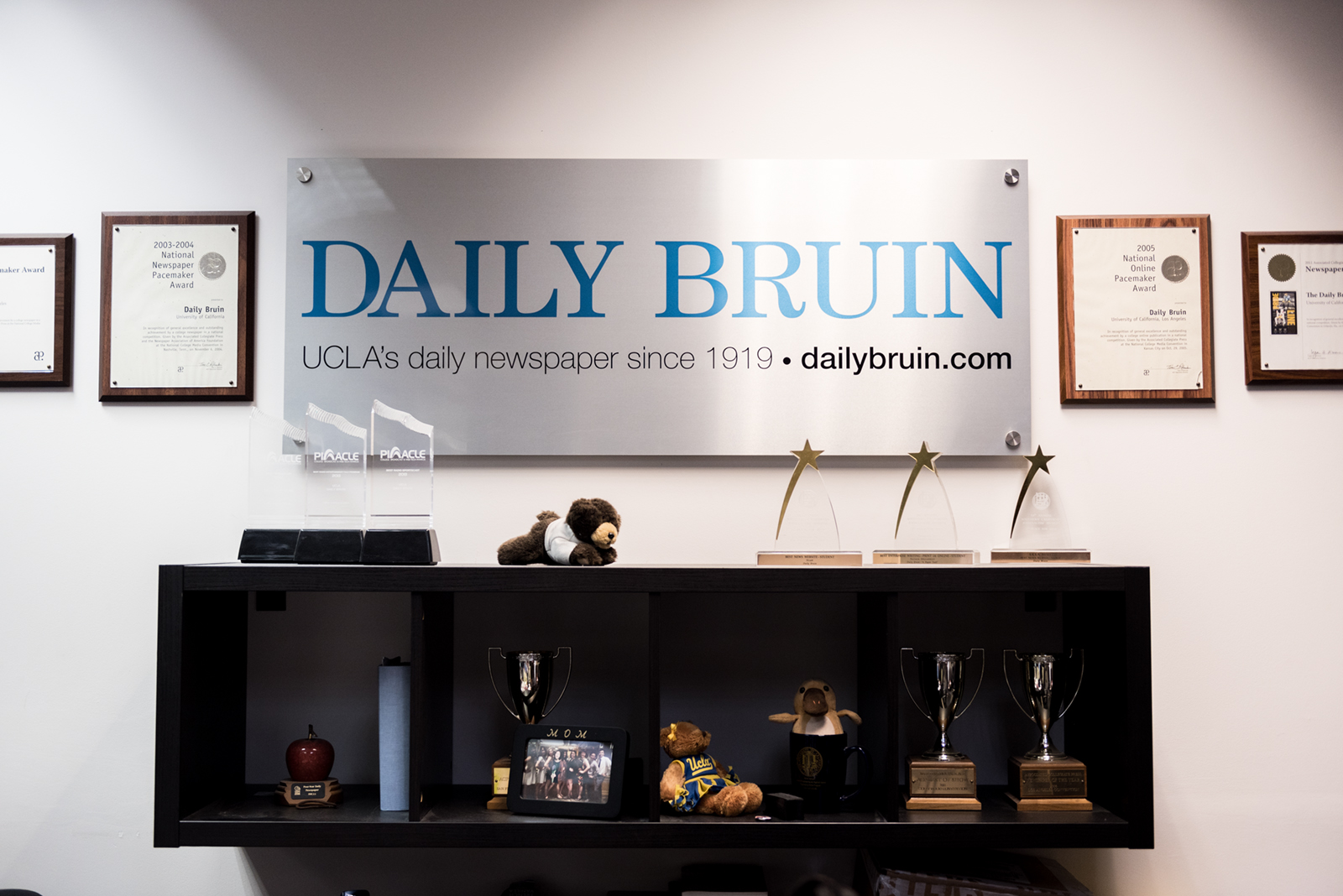 Dozens of Daily Bruin staffers went on strike Tuesday morning after the board which oversees the paper selected an editor in chief against the staff endorsement. (Liz Ketcham/Assistant Photo editor)

The Daily Bruin editorial staff met with The Bruin’s publishing board Wednesday to call for reforms in the policies governing the appointment of future editors in chief, after several Bruin staff members announced a strike Tuesday.

Forty-three staffers, consisting of editors and contributors, drafted and signed a letter announcing the strike against the Associated Students UCLA Communications Board, the publisher for The Bruin and nine other UCLA Student Media publications, after learning the board had appointed an editor in chief candidate other than the one the staff had endorsed.

Following the notice of strike, the Communications Board wrote a letter in response stating the rationale for its appointment and reiterating its right to make the final decision. The letter was published in The Bruin as an op-ed, along with the initial staffers’ letter.

The board also agreed to meet with staff Wednesday to discuss their concerns.

During the meeting, of The Bruin staff and the Communications Board discussed how to reform the editor in chief appointment process and what considerations the board takes into account when appointing an editor.

The Communications Board was unable to disclose information regarding the specific considerations it made during the executive session because of rules in its constitution.

The staff also questioned why the Communications Board had the final decision given its more limited interactions with the applicants.

Tim Groeling, a communication professor and faculty member of the board, said The Bruin as an institution impacts everyone on campus, so these decisions should be made by people who can take these campus wide interests into account.

Groeling said he thinks the members of the board should not have a direct relationship with student media organizations to provide more diverse perspectives when deciding leadership.

Groeling added a solution would be to de-emphasize the staff endorsement or hold the results until the Communication Board votes.

Abhishek Shetty, an Opinion senior staff writer, said at the meeting not disclosing the staff endorsement reduces transparency and gives the Communications Board more power.

Baumgartner said the goal of the strike has shifted from asking the Communications Board to respect the staff endorsement toward enacting institutional reforms of the board’s process for appointing future editors in chief.

“We think the strike did what it was supposed to do and now we’re moving to other ways to achieve our goals,” Baumgartner said.

Raunak Devjani, Arts and Entertainment editor, said the paper continued production even with a short-handed staff, with editors taking on more than their normal responsibilities.

“What we disagree with is the Communications Board’s move to ignore the staff endorsement, its refusal to disclose their reasons for doing so and its denial of any avenue to appeal their decision,” the Bruin staff on strike said in the letter.

The Bruin editorial staff conducted a six-hour hearing last Friday and endorsed an applicant with 58% of the votes.

In an executive session, the Communications Board voted with two-thirds majority for an applicant the staff did not endorse, according to a response letter. Groeling said at the Wednesday meeting, while they considered the staff endorsement, the board did not find the 58% to be a significant majority.

Elysia Ouyang, an assistant Design editor who went on strike, said they felt the Communications Board’s decision negated the work they have done in the past three years with the paper.

“The way we voted was not arbitrary. It was deliberative and thoughtful and for the Communications Board to disregard that was a big slap in the face,” Ouyang said. “This decision is essentially silencing my voice on internal issues involving the Daily Bruin.”

Devjani said she recognized the need for reform but felt striking was not the right way to achieve reform.

“(The Bruin’s) mission first and foremost is to inform the UCLA and Westwood community with relevant and timely news, and striking would have hindered our ability to do so,” Devjani said. “I think we could have approached the (Communications) Board directly before any strike letter was released and requested for a platform to express our concerns with the process.”

Devjani added she understood the Communications Board could override the staff decision before the staff hearing and felt the process should be reformed prior to next year’s hearing.

Jacob Preal, current editor in chief, said he does not think the strike should cause a divide in the organization.

“While many of our staffers had, in fact, returned to work Thursday, we still stand collectively in solidarity with every member and eagerly await the opportunity to reform a process that many in the newsroom feel has failed them,” Preal said in a written statement.

Preal said the staff will wait until another meeting between section editors and the Communications Board this weekend before making a decision about how to move forward.

“The staff plans to use this upcoming meeting to formulate a future plan that benefits a unified front of both strikers and those who continued working this week,” Preal said. “While I cannot speak for every staffer, the Daily Bruin will continue working in its current, limited capacity in the interim.”