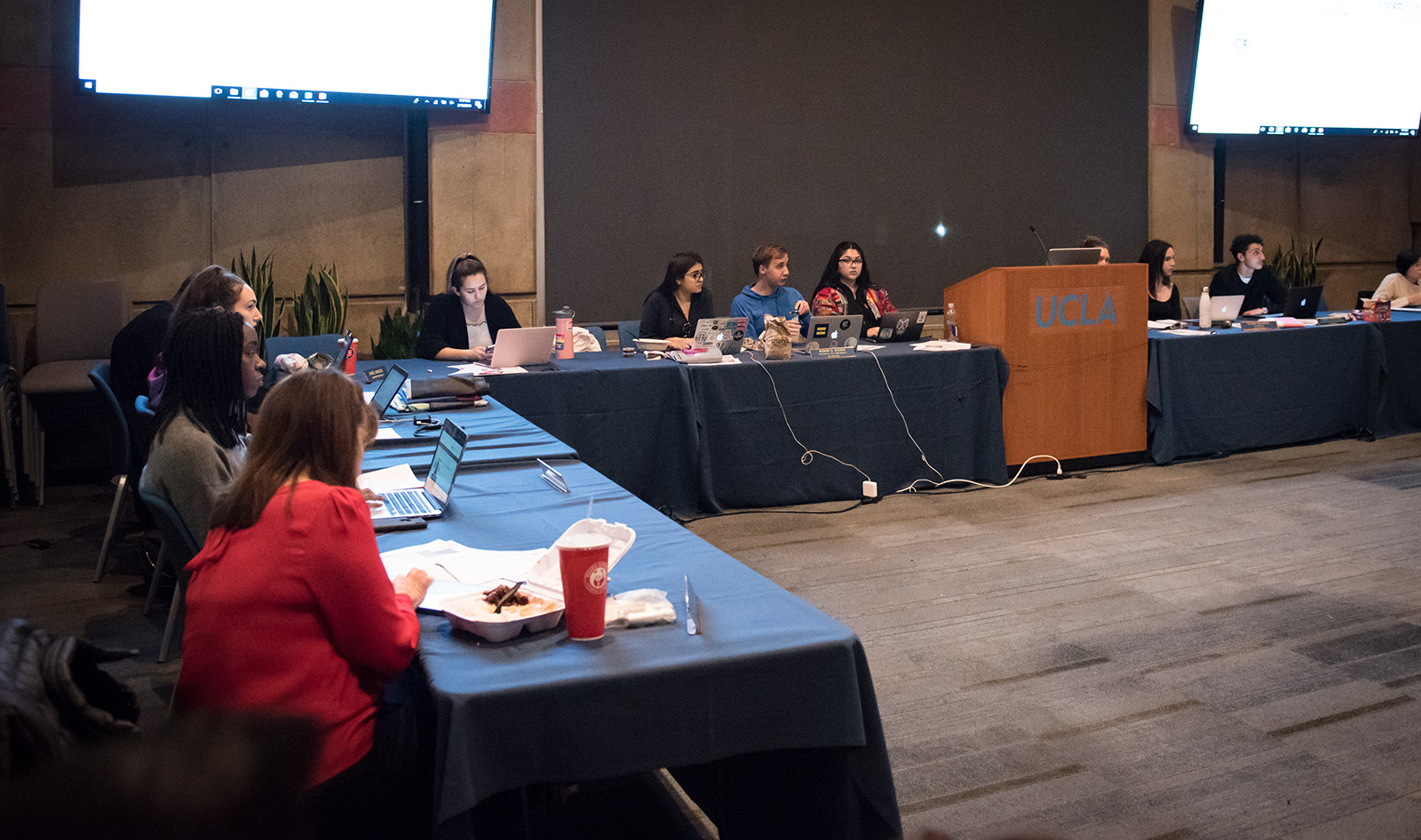 This year’s ballot features 17 candidates, with one additional candidate’s eligibility pending. For the People was the only slate to present candidates. Bruins United, who appointed three candidates last year, including Undergraduate Students Association Council president, Claire Fieldman, did not place any candidates on the election ballot.

The most competitive seat this year is president, for which three candidates are running.

Internal Vice President Robert Blake Watson, who is running for president, is the only current council member running for a seat next year.

There will also be a special election for one general representative seat and the financial supports commissioner seat, as there are currently no candidates for those positions.

The USAC judicial board is determining the eligibility of a candidate intending to run for general representative. At the USAC meeting Tuesday, Fieldman said specific details of the petition to the judicial board could only be discussed in executive session. Should the board determine the candidate ineligible to run, there will be an additional special election for that general representative seat.

All candidates are allowed to spend up to $600 on campaign expenses.

According to the 2019 USAC election calendar, voting will start April 29 and the election board will announce results May 3 by 7 p.m.