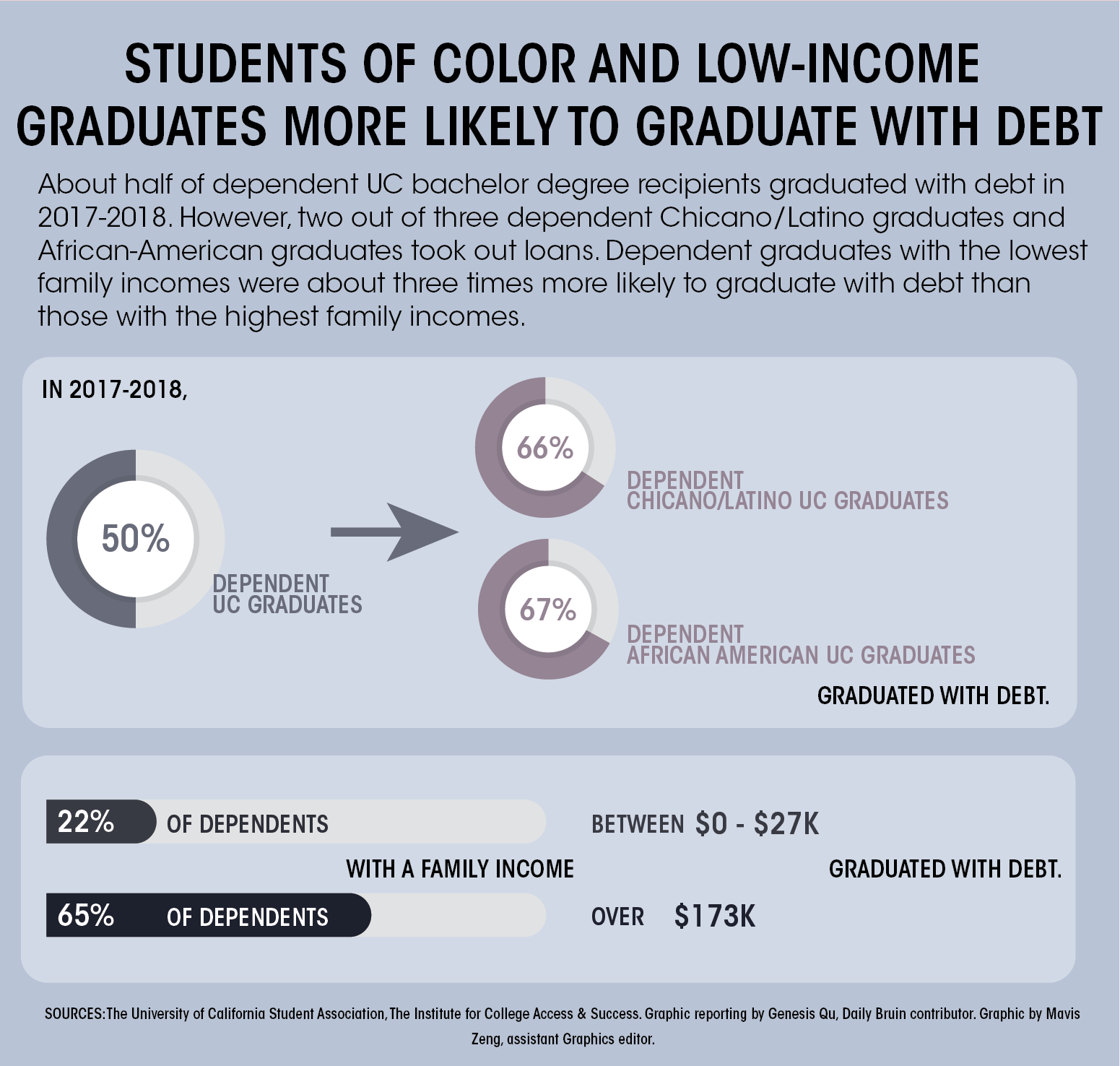 A recent report showed low-income students and students of color graduate with a disproportionate amount of debt.

The study, published by University of California Student Association and The Institute for College Access & Success last month, showed student debt distribution is skewed toward low-income families and students of color, despite the UC’s extensive financial aid programs.

Laura Szabo-Kubitz, an associate California program director of the TICAS and a co-author of the report, said there is an association between race and income. Among undergraduates across the U.S., most African-American, Latino and Native American families make less than $30,000 a year, she said.

“Despite a relatively robust state financial aid program, low-income students in California are not receiving the financial aid they need to adequately cover their total college costs,” she said.

Amy Weitz, a UC spokesperson, said student demographics at the UC have evolved drastically for the last two decades. She added there is a growing population of transfer students, parents and veterans returning to school after an extended absence. These populations require a substantial amount of financial support.

Mitchell Chang, an education professor at UCLA, said minority groups may also have a disproportionate financial burden because they have drastically lower levels of cumulative wealth. Wealth is different from income in that it encompasses more assets such as estates, stocks and networks accumulated over generations, Chang said.

Because minority students tend to come from families with less accumulated wealth than white families, they may be more likely to take on more student debt. In addition, white students are more likely to receive financial support from multiple generations of relatives.

“Without adequate policymaking, this would put certain students at a disadvantage at a time when graduate education is becoming increasingly more important,” Chang said. “Certain groups would be less inclined to pursue further education, thus exacerbating the existing differences.”

According to the report, UC Berkeley and UCLA have the lowest numbers of students in debt, while UC Merced and UC Riverside have the highest.

Chang said this is because highly selective universities such as UC Berkeley and UCLA attract wealthier students who can afford to go to college in a big city away from home. In contrast, UC Merced and UC Riverside attract more students who choose to live closer to home because they do not have the means to move farther away for school, he said.

While the University provides need-based grants to students, they are often not sufficient, the study found.

For example, students have a difficult time covering their total cost of attendance even with the Pell Grant, a need-based federal grant given to low-income families, according to the study. The study also found students living off-campus, who make up the majority of the UC student body, need to work at least 17 hours a week to cover their total cost of attendance. Working these many hours could put them further behind academically, the report said.

“Without sufficient need-based financial aid, students face many challenges including food and housing insecurity, difficulties paying for necessary books and supplies, and affording transportation to get to class,” Szabo-Kubitz said.

However, Weitz said student debt does not have an immediate effect on students. Weitz cited data suggesting UC graduates’ debt takes away only about 6% of their monthly paycheck at the start of the career and gradually decreases afterward.

The report recommends increasing the amount of need-based financial aid to students. Weitz said the UC has co-sponsored legislation with UCSA to extend Cal Grant support for summer school students. It has also voiced support for greater investments in the Pell Grant federally.

TICAS is also advocating for financial aid reforms that target Californians most in need. It encourages the state to invest more in its financial aid programs and for the UC to target its student pool more accurately. TICAS also advocates for increasing the number of available grants and the size of awards given to students.

“Academic achievement alone is not enough to ensure a successful college career; students must be able to afford paying for college in the first place,” said the UCOP statement. 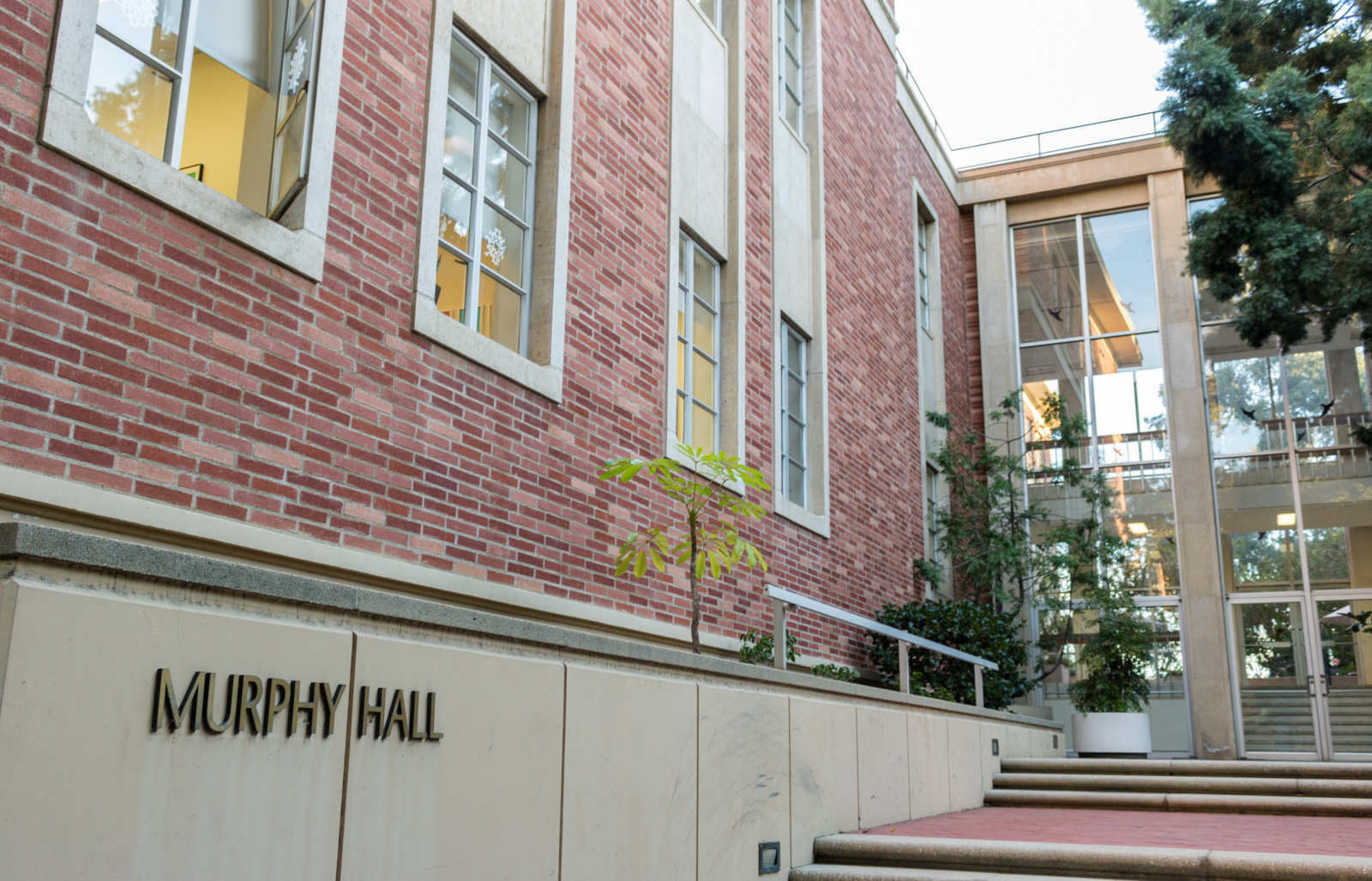 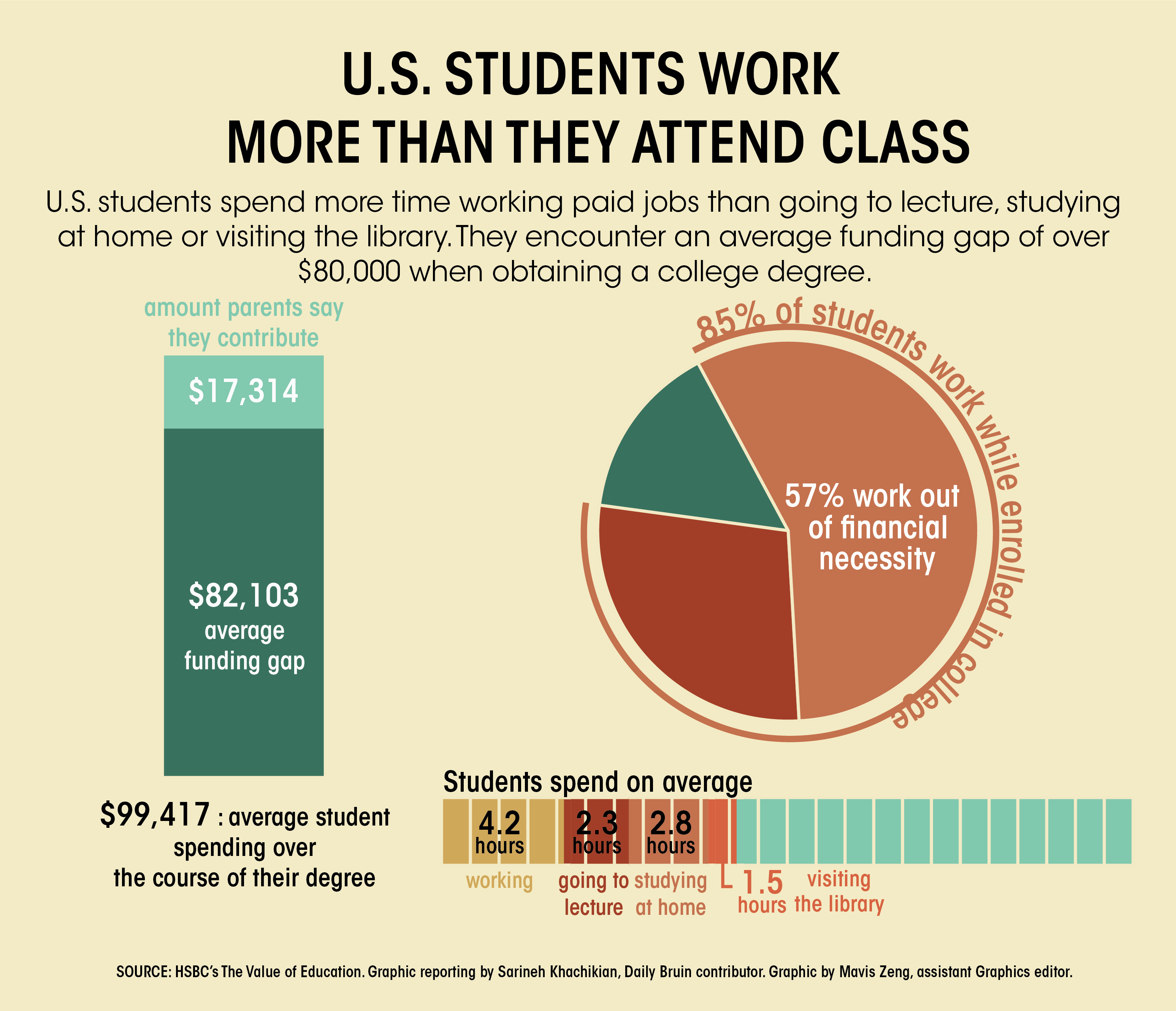