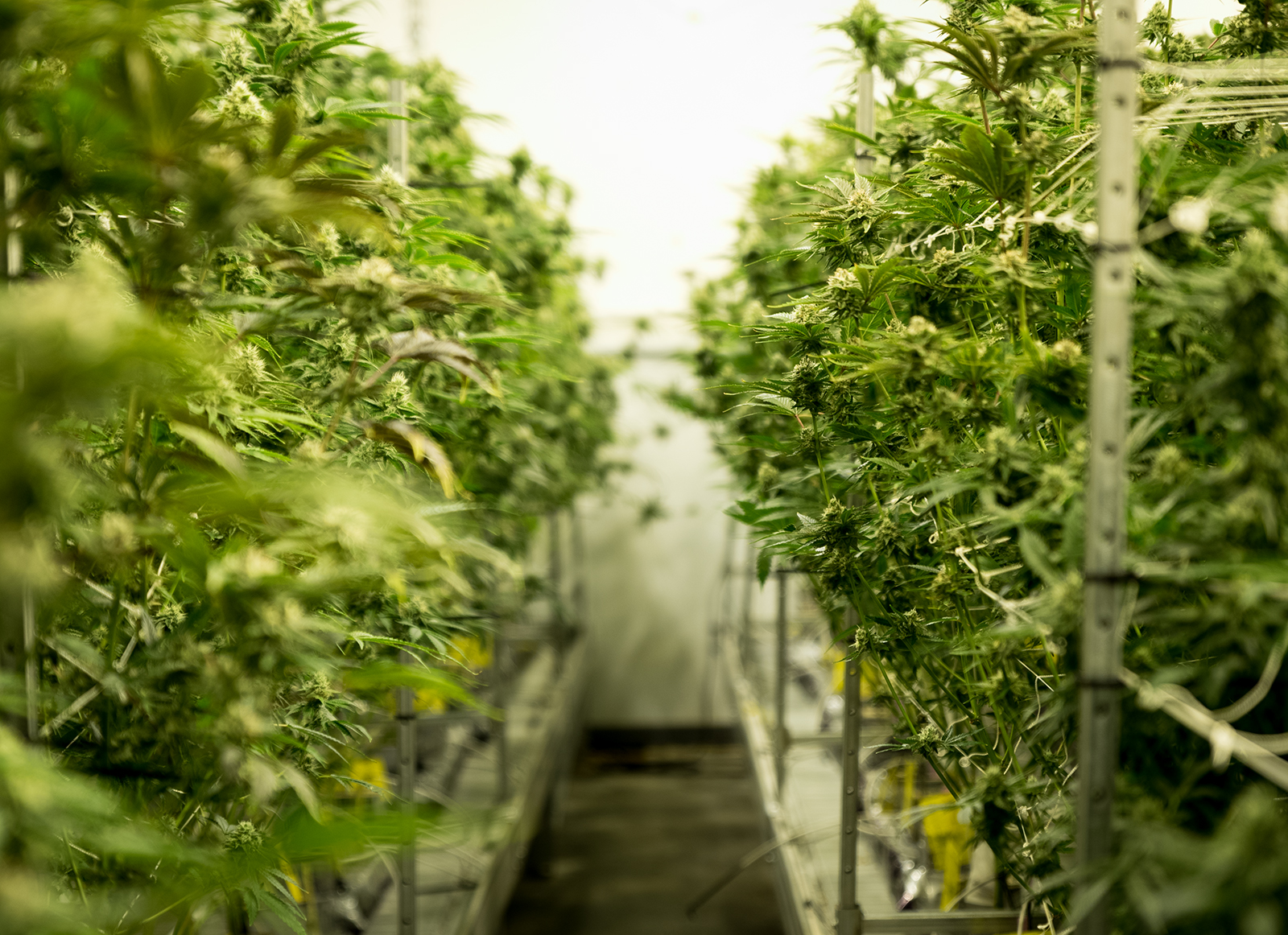 The marijuana industry is blooming, and it’s likely many of UCLA’s students are interested in pursuing careers relating to the newly legalized plant. The university should create more opportunities for students to learn about and prepare to work with cannabis. (Liz Ketcham/Assistant Photo editor)

The California marijuana market has been set ablaze.

Too bad students will only get a whiff of it.

Proposition 64, passed in November 2016, legalized recreational marijuana for adults over the age of 21, effectively allowing the state to reap billions of dollars in potential revenue. It also created a tremendous new demand for labor.

California now has one of the world’s largest regulated markets for weed. An estimated 400,000 new jobs may be available in the cannabis industry or related fields by 2021, according to an article by Green Entrepreneur. Cannabis companies need to hire more employees to maintain their production levels and revenue streams.

Many of these jobs require high-level skills and rigorous backgrounds in science or business. Applicants are expected to have a keen understanding of how those fields apply to the marijuana market.

That rules out UCLA students.

There aren’t academic avenues for Bruins to learn about weed. While multiple universities around the country have begun to offer cannabis majors and specializations, UCLA only offers a few classes at best.

A university like UCLA should offer more classes that allow students to gain an educational concentration in cannabis – especially when it’s located in the middle of a multibillion dollar industry hiring smart, qualified graduates from other universities.

Northern Michigan University, for example, offers a major called medicinal plant chemistry that prepares students for the chemical and scientific work of the cannabis industry. UC Davis also prepares students interested in the cannabis workforce through its plant sciences major in the College of Agricultural and Environmental Sciences.

UCLA itself has a graduate research program known as the UCLA Cannabis Research Initiative that focuses on cannabis science, as well as effective cannabis public policy. But only recently did the university begin teaching a few general education classes on cannabis to undergraduates.

The main course in the set is Cannabis 101, an introductory course created after advocacy by student group Cannaclub. There’s also a one-unit class focusing on public policy for criminal justice as well as cannabis and other drugs. But these light additions to students’ curricula aren’t enough to thoroughly prepare them for the cannabis workforce.

A grand total of two classes on cannabis won’t cut it for Bruins who are prospective growers, chemical analysts and governmental regulators. A single general education class surveying cannabis won’t provide students with the kind of expertise they’ll need if they join the industry. And students know this.

Eugenio Garza, a second-year political science student and the director of Cannaclub, said the cannabis educational opportunities at UCLA are severely limited.

“There’s no resource for information for students (and) no opportunities for students who want to work in the (cannabis) industry,” he said.

Whatever the discipline, there is student demand for courses centered around cannabis.

“There’s a growing industry in cannabis analysis with a need for trained analysts,” Canfield said. “We should have social science studies of cannabis, like how it’s affecting society. The more (disciplines), the merrier.”

And the university knows that students are interested. Brad Rowe, a lecturer in the UCLA Luskin School of Public Affairs, said his upcoming summer class on cannabis policy needed to expand class sizes three times due to the overwhelming numbers of students who wanted to enroll.

Since many students, like Garza, are interested in the social justice aspect of the cannabis world, the university should meet their demands by promoting additional classes similar to Rowe’s.

The fact that students are already maxing out class capacity means UCLA should offer more classes related to cannabis in each broad academic discipline – something that can noticeably improve interested students’ postgraduate employment. If student interest increases, perhaps it can offer a field-specific cannabis degree plan down the road.

It’s true UCLA might not want to create an entire major committed to a substance that’s still federally illegal. And that’s OK: Nobody is asking the university to create a major exclusively centered around cannabis – at least not yet. But the fact that there is a high demand for cannabis-related classes means the university should do its best to offer more of them.

Cannabis – and the cannabis industry – will keep growing. The only question is if UCLA wants in on the high.