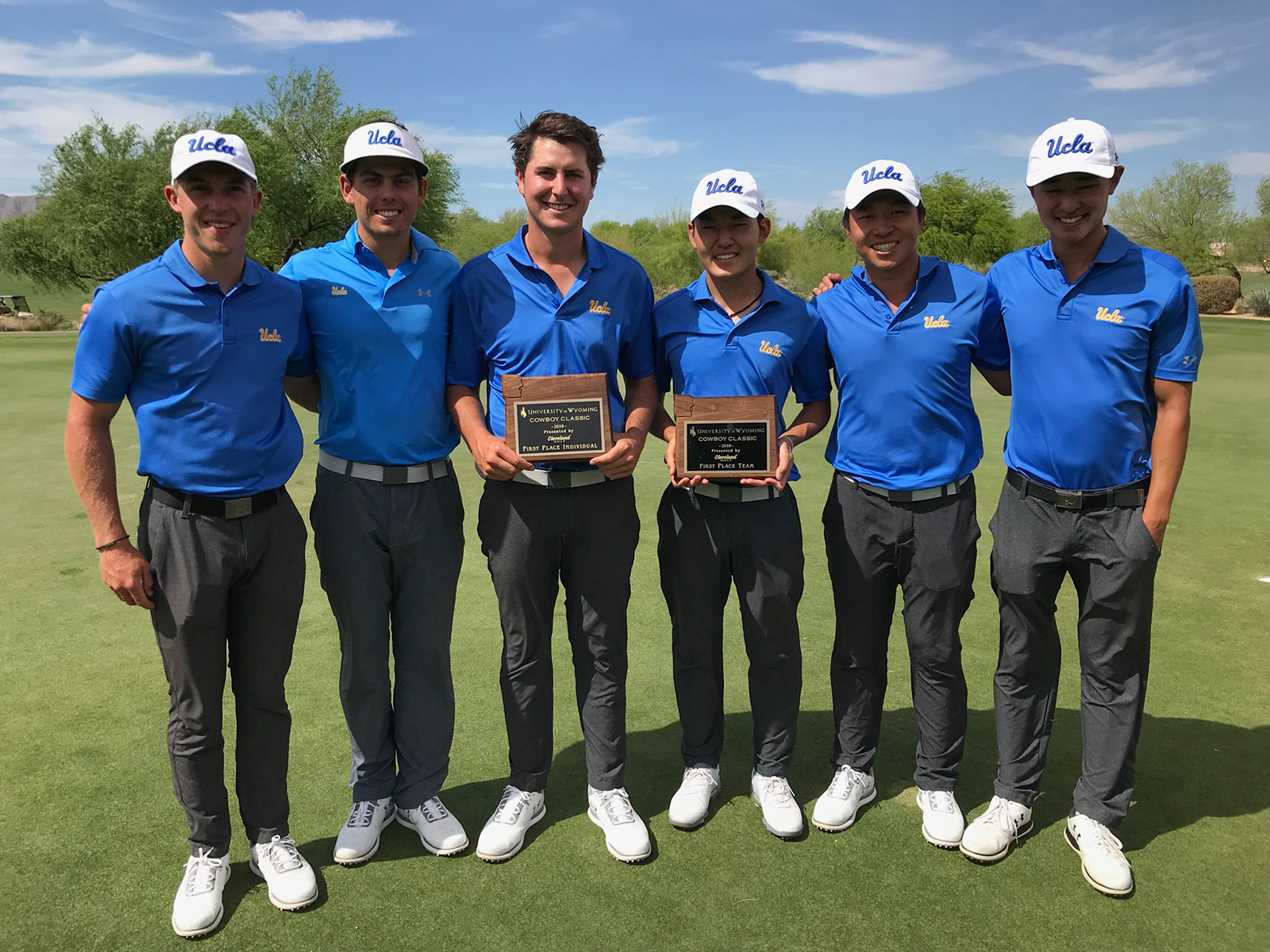 UCLA men’s golf earned its second-straight victory at the Wyoming Cowboy Classic. Senior Cole Madey finished in first place with a 13-under 203 after three playoff holes. (Courtesy of UCLA Athletics)

The Bruins have continued their reign.

UCLA finished with a 23-under 841 to put it on top of second place Cal State Fullerton, which finished with a 16-under 848. Senior Cole Madey finished first on the individual leaderboard with a 13-under 203, the first collegiate win of his career. Madey was tied for first but participated in a playoff series of three par-4 holes, scoring a birdie on the third and putting the Bruin alone in first.

“I was trending in the right direction and let things come together,” Madey said. “I didn’t really change a lot, but I putted a lot better this week than last tournament. During the playoffs, my ball striking was on point and I put myself in a really good position.”

[RELATED: Victory rains down on Bruins in golf win after one-year drought]

Coach Derek Freeman said Madey didn’t make major adjustments to his line of play, but he instead honed in on the smaller issues.

“He probably didn’t change that much. I think he was just that close to playing really well,” Freeman said. “I think that’s (how) fine-line golf is, between having success and not having success. It’s the small minor adjustments: You hit the ball better, you make a few more putts and that means all the difference between finishing first and finishing 10th.”

Senior Jack Ireland finished fifth with an 8-under 208 and led the tournament with 19 birdies overall. Ireland previously played for the men’s golf team at Cal State Fullerton before transferring to UCLA before his junior year.

Ireland said he needs to work on his putting and added reading the greens was the hardest aspect of the tournament because of the unpredictability.

“I felt like I played pretty solid continuing from last week, but I was able to click a few things better this time,” Ireland said. “I hit it well last week, but I drove it better this week, and I didn’t feel like I putted. It got windy toward the end of the last round, which made it more difficult, but honestly, reading the greens was the most difficult part. They look really flat, but they were deceptive at times and could break a lot.”

Freeman said Ireland set himself up to play well and that the senior is well aware of his ceiling.

“(Ireland) had a lot to prove because he didn’t play as well as he wanted to at Chambers Bay (Golf Course) last week,” Freeman said. “He played really well and put himself in a position to win, so that’s what we’re looking for. And anytime you have guys at the top of the leaderboard, you’re going to play well as a team.”

The Bruins will play next at the ASU Thunderbird Invitational in Phoenix on Friday and Saturday.

The Bruins ended their regular season on a rough patch.

Junior Mariel Galdiano finished tied for 11th with a 5-over 221.

Senior Beth Wu – who finished first and attained her first ever collegiate win at the PING/ASU Invitational on March 31 – finished tied for 49th with a 13-over 229.

The Bruins will next play at the Pac-12 championships in Palos Verdes Estates, California, at the Palos Verdes Golf Club on Monday to Wednesday. 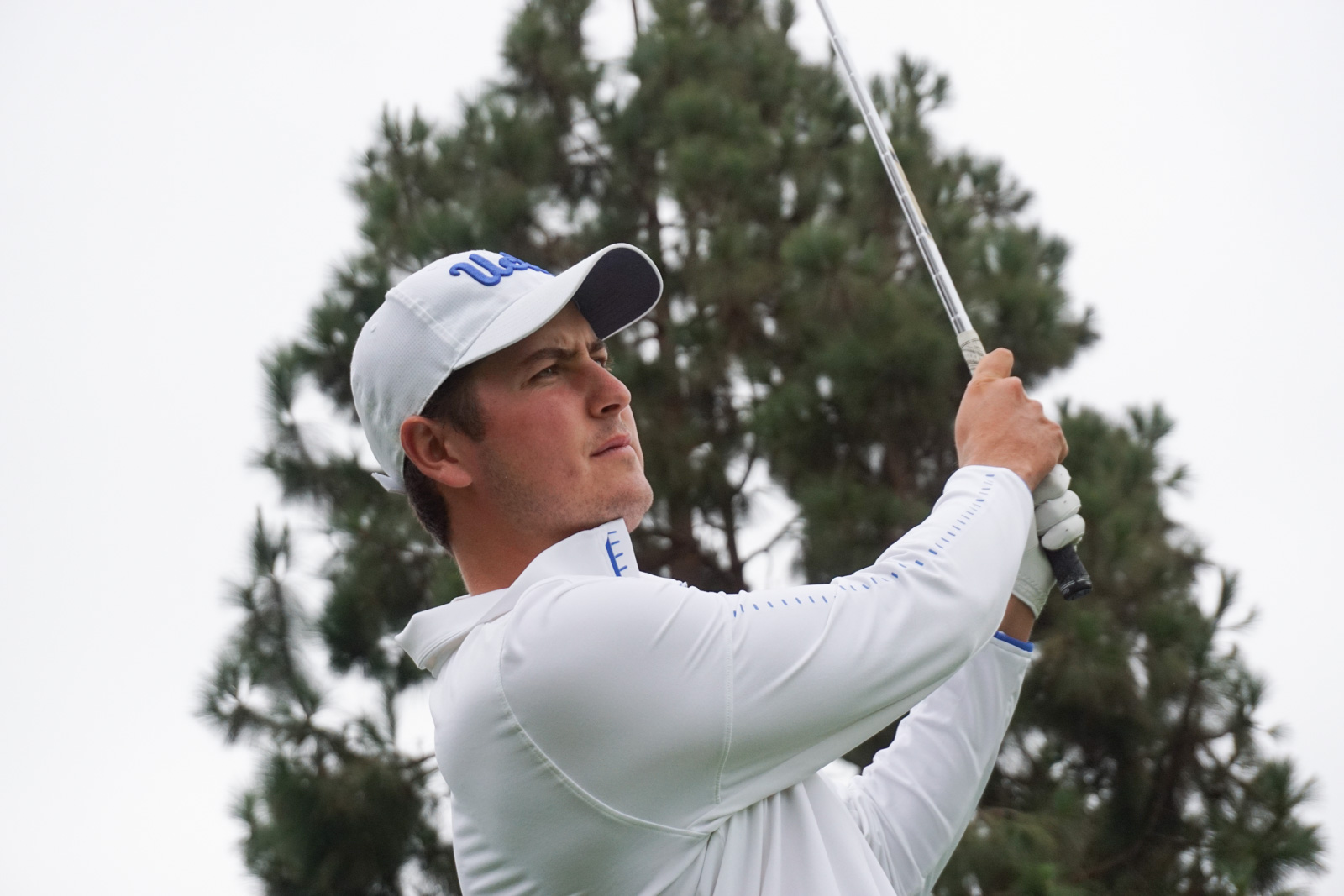