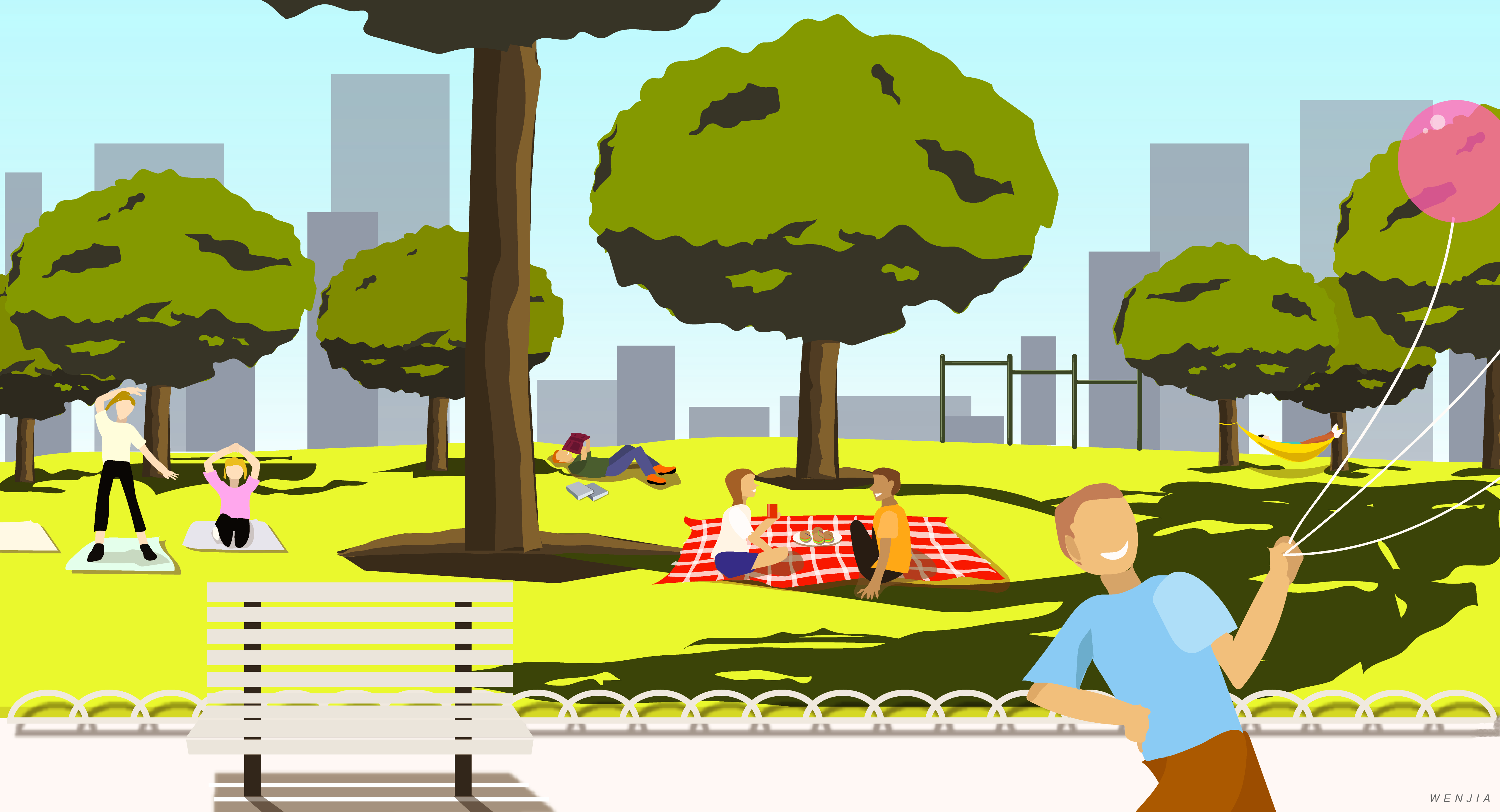 Although previous studies have already assessed the benefits of green spaces for general health and well-being, the researchers aimed to find out how green spaces affected mental health in particular, said Ying-Ying Meng, a senior research scientist at the UCLA Center for Health Policy Research and an author of the study.

Meng said they found an increase in the greenness of an environment corresponds to lower levels of psychological distress in teenagers.

To collect data about green spaces in California, researchers used a satellite map from the Global Agricultural Monitoring project that measured the degree of greenness of different parts of the state.

Pan Wang, the first author of the study, said the researchers found the correlation between mental health and greenness level by combining the data collected from the satellite image and the California Health Interview Survey, which collects data on many health topics from over 20,000 households in California each year. The researchers looked at data from 2011-2014 and assessed measures such as psychological distress.

After this, they determined the location of each survey respondent using the satellite map and concluded that lower psychological distress is associated with greener environments, specifically for those residents who live within 350 meters of a green space, Wang said.

In order to ensure accuracy in the results, researchers controlled for many social and demographic variables that also affected psychological distress, such as age, gender, education and income, Wang said.

Meng said teenagers and the elderly were most affected by green spaces.

Wang and her team came up with the idea for the study while looking at another paper that demonstrated the benefits of green spaces on IQ, which led them to question whether green spaces had the same benefits for mental health.

Drawing from the results of the study, Meng said she thinks UCLA should plant more trees to increase the number of green spaces on campus.

“My general impression is that UCLA is a more urban campus,” Meng said. “There are a few areas that have more green space, such as the botanical garden, but there could be more.”

“When (students) have access to this space, they should use it,” Meng said. “For example, the ability to exercise in a green space could be better than exercising in a gym.”

“Personally, I enjoy sitting out in grassy areas to do some studying or homework,” Torres said. “It’s a really nice change of scenery, especially after spending so much time in classrooms and dorms.”

Wang said the urbanization of major cities has contributed to a decreasing number of green spaces available. California’s drought problem has also limited residents’ water usage, which in turn has led to fewer green spaces in the state.

“We cannot talk about green spaces without considering the big picture of environmental protection and climate change,” Wang said.