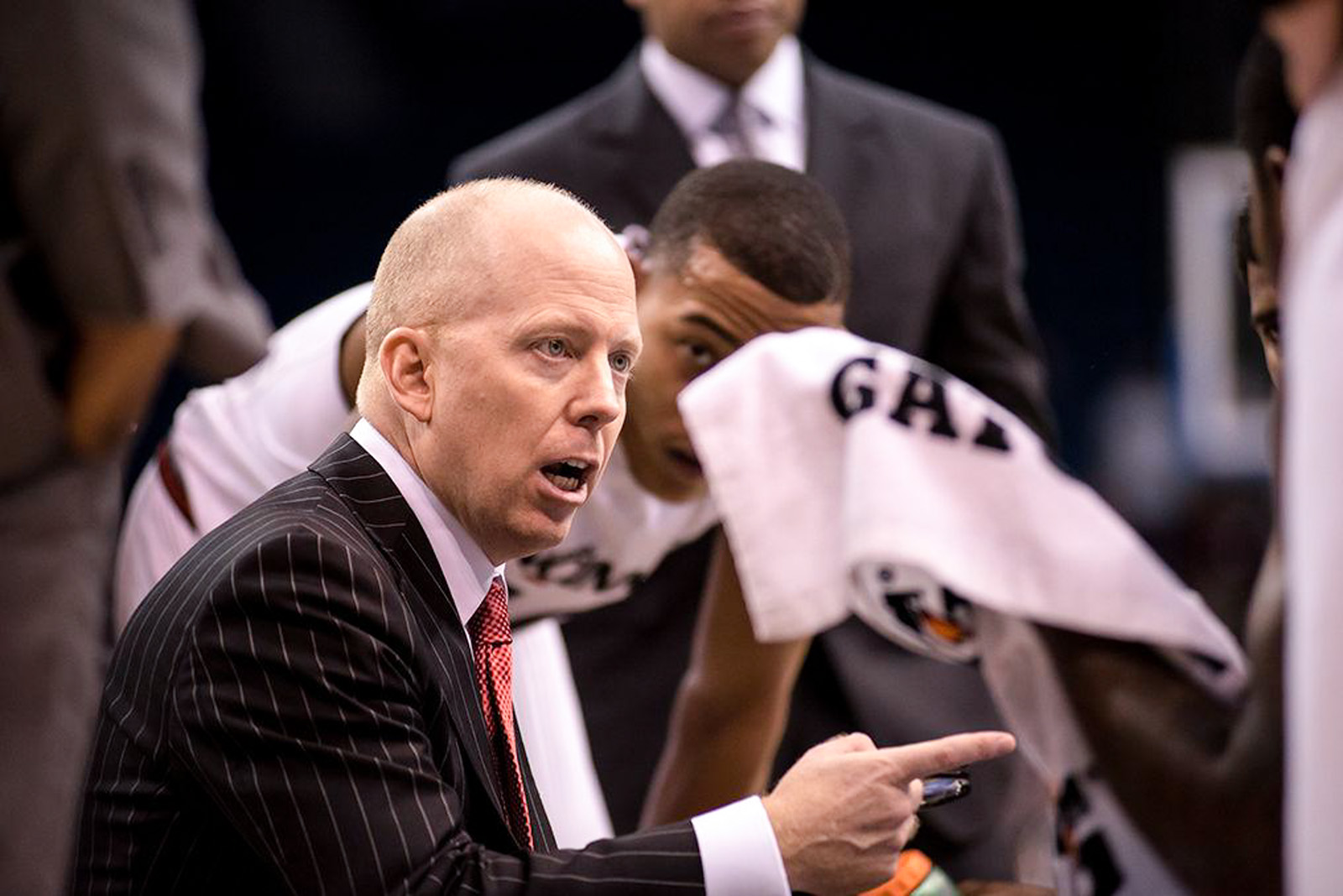 Mick Cronin coached Cincinnati for 13 seasons, going 296-147 in his time with the Bearcats. Overall, Cronin has 365 career wins in 16 years as a collegiate head coach. (Courtesy of The News Record)

The fourth time was the charm for the Bruins.

UCLA men’s basketball has signed Cincinnati’s Mick Cronin to become the 14th coach in the history of the program. Cronin signed a six-year, $24 million deal with the Bruins, boosting his average annual salary from $2.2 million to $4 million.

Cronin led Cincinnati to a 28-7 record this season – his 13th with the Bearcats. After going 61-68 in his first four seasons with the program, Cronin and Cincinnati made the NCAA tournament nine straight times, posting a .748 winning percentage in that stretch.

“I am incredibly humbled and honored to become the head coach at UCLA,” Cronin said. “I’m especially grateful to Chancellor (Gene) Block and to (Athletic Director) Dan Guerrero for this opportunity to join the Bruin family. UCLA is a very special place with a strong tradition of excellence. To be able to join such a world-class institution is truly a privilege, and I can’t wait to get started in Westwood.”

Cronin coached three seasons with Murray State before taking the Cincinnati job, posting a .742 winning percentage with the Racers.

The Bruins’ deal with Cronin comes one day after Tennessee’s Rick Barnes turned down the Bruins’ reported five-year, $25 million offer, instead electing to return to the Volunteers. Last week, Kentucky’s John Calipari and TCU’s Jamie Dixon both saw negotiations with UCLA fall apart as well.

[RELATED: Jamie Dixon reportedly out of consideration to be next UCLA men’s basketball coach]

While Barnes is 64 years old, Calipari is 60 and Dixon is 53, Cronin is 47 – one year younger than Steve Alford was when he came to Westwood.

Cronin’s Cincinnati teams have been inside the AP Top 25 at some point in nine of the past 10 seasons, with the Bearcats posting 26-plus wins in six of those campaigns.

“Mick Cronin is a fierce competitor, and I’m excited to welcome him to Westwood,” Guerrero said. “(Cronin) has built a fantastic program at Cincinnati, backed by integrity and discipline, and he has instilled an undeniable toughness in his student-athletes. I am confident he will build this program the right way and lead UCLA basketball back to national prominence.”

Cincinnati ranked No. 28 in the defensive KenPom ratings this season after holding the No. 2 spot a year ago. Cronin’s Bearcats finished in 18th in defensive rating on average over the past 10 seasons.

“At UCLA, we expect our coaches to inspire student-athletes to strive for the very best in everything they do – during a game, in the classroom and out in the community,” Block said. “I have great hopes for Mick Cronin and am confident he understands our values of academic and athletic excellence, recognizing the very high bar set by coach John Wooden.”

Guerrero will lead an introductory press conference for Cronin at 11 a.m. Wednesday in Pauley Pavilion.