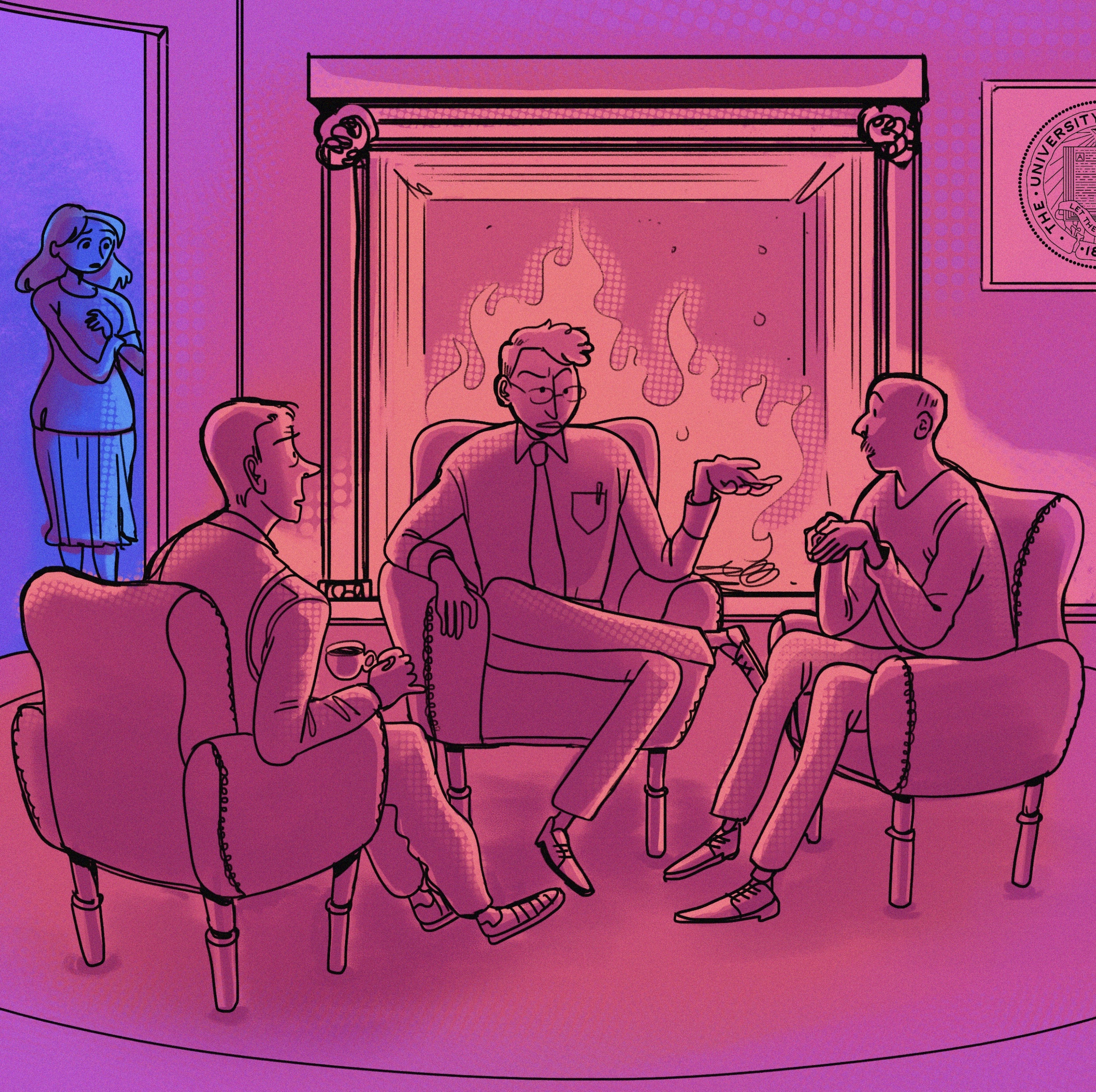 A woman’s place isn’t at a university.

That’s been UCLA’s message for nearly a century. And judging by current trends, it’s going to be for another.

Westwood’s largest employer has a long history of alienating women. At first, nearly 76% of the university’s 1,232 faculty members in 1919 were women. But as the university transferred over to the University of California Board of Regents, these numbers dwindled: In 1920, 61% of faculty were women. By 2012, women only made up 34.7% of UCLA’s faculty.

It might seem like things are better today. The number of women within UCLA’s departments is slowly increasing, up 3 percentage points from 2012. And according to the U.S. Department of Education, the majority of college graduates today are women.

But academia is still a man’s world. Women face a multitude of barriers that prevent them from entering into higher education institutions. When they are able to, they’re presumed to be less competent than their male counterparts. They’re also boxed off from climbing up the ranks.

This is more than just a frustrating experience.

Saraliza Anzaldua, a doctoral student in philosophy, said she has felt scrutinized in her classes for her ability to understand the subject matter.

“There are times when I feel invalidated not only as a philosopher but as a human being,” Anzaldua said. “That’s very hard to deal with, especially if you’re in an environment where that type of invalidation happens on a daily basis.”

This type of questioning doesn’t happen to men. Instead of spending time proving themselves to their peers, men are able to focus on their research and other academic endeavors.

Moreover, women’s experiences can vary depending on the departments they’re in. All of UCLA’s gender studies faculty were women in 2016. That number is 20.2% for the economics department. The mathematics department is made up of only 9.8% women as of 2016.

And it’s not hard to see how microaggressions within academia impact the fields women choose to study for their advanced degrees.

Anzaldua said she studied biology in her undergraduate career, but left the field because she didn’t feel welcome within it. There was only one female lab technician in her lab.

“You’re expected to perform on a team, but you’re not part of a team,” she said. “It can be very difficult to deal with.”

When Anzaldua approached her advisor for help, he told her she should leave biology if she wasn’t happy with it.

This is a common experience for women. The lack of female representation in fields like STEM and philosophy only fuels a system in which women are driven out from research and faculty positions. If an advisor had been there to encourage rather than dissuade her, Anzaldua could have pursued a different area of study for her doctorate.

These barriers only intensify after graduate school.

Ashley Katrine Blum, a doctoral student in political science, said the education system hasn’t adapted to having women in the field.

“You have a lot of women who are entering graduate school. And you have fewer women as you look higher up the ladder of academia,” she said. “Among the tenured professors, these gaps start to emerge more often.”

This discrepancy is largely because of implicit biases. Studies have found that women make up the majority of adjunct positions – women are less likely to be hired than their male peers, and if they are, it’s probably in nonpermanent positions.

Jessica Collett, a professor of sociology, said she doesn’t think there’s blatant sexism in higher education today, but we are still influenced by preconceived ideas of what positions are suitable for woman.

“The majority of what seems to hold women back from pursuing advanced degrees is these kinds of cultural ideas and institutional structures that somehow create this kind of institutional sexism and unconscious sexism,” she said.

There’s also the issue of the tenure clock, the range of time in which professors prove their worth to universities before they apply for tenured positions.

Sarayu Sundar, a doctoral student in higher education and organizational change, said there’s a difference in how men and women are able to be productive on the tenure timeline. Women who chose to have children, for example, have to take care of children too.

“Women are more likely than not going to be on the tenure clock at the same time their biological clock is ticking,” she said. “And so there really is this trade off of ‘Am I going to be a tenured professor or am I going to be a mother?’”

These trends can be traced back to the fact that universities are already rigged against women. Colleagues, professors, administrators and hiring committees all hold implicit and explicit beliefs that ultimately make academia a challenging space to enter.

Sure, things are better than they used to be. Women can get advanced degrees, and depending on their departments and universities, there are spaces on campus that proactively aid them in their scholarly work. But academic spaces are still largely male-dominated, and just because women have access to them doesn’t mean they are welcome.

UCLA still isn’t a place for women. You don’t have to hang a “boys only” sign at the front door to know that. 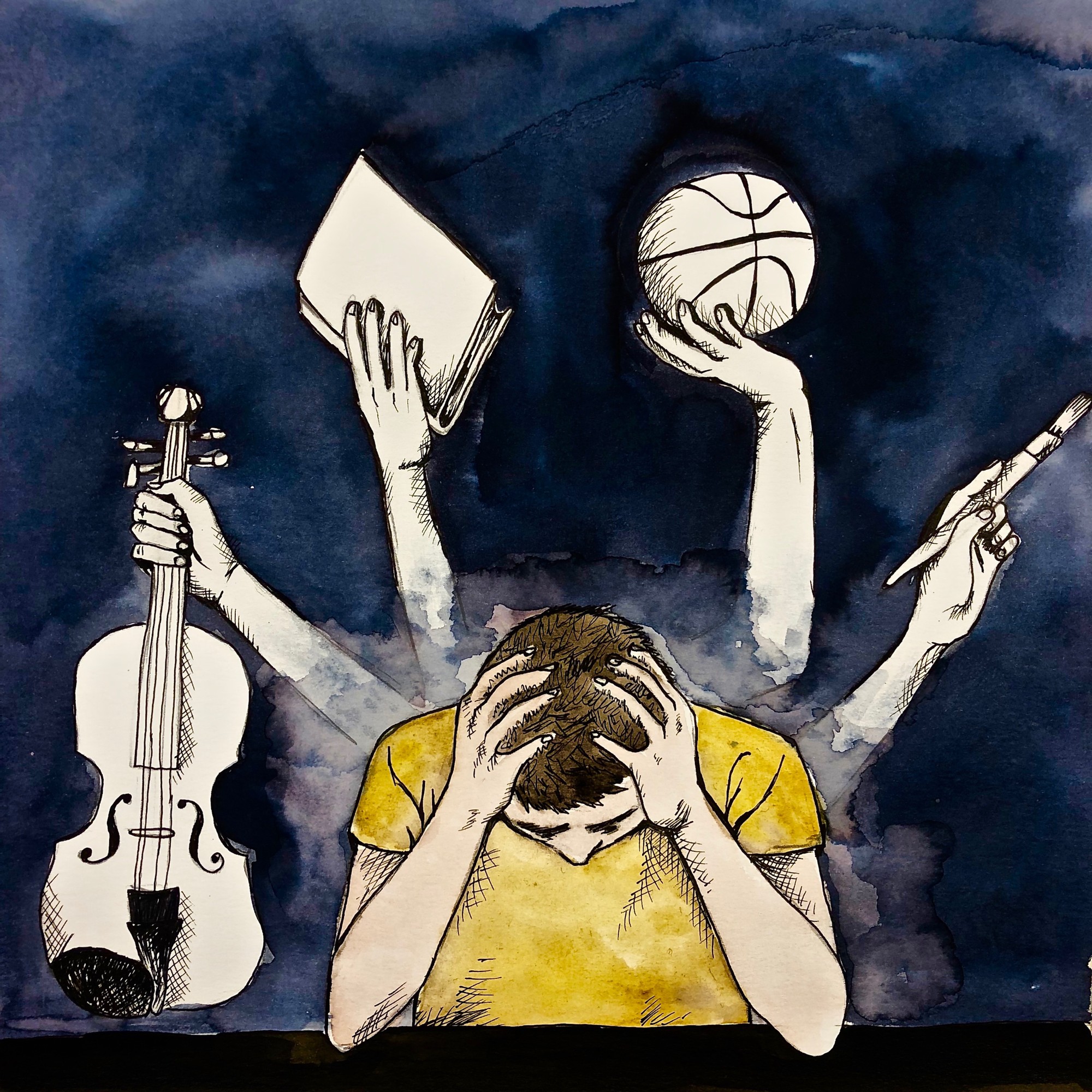 Application-building approach to college admissions not viable for higher education