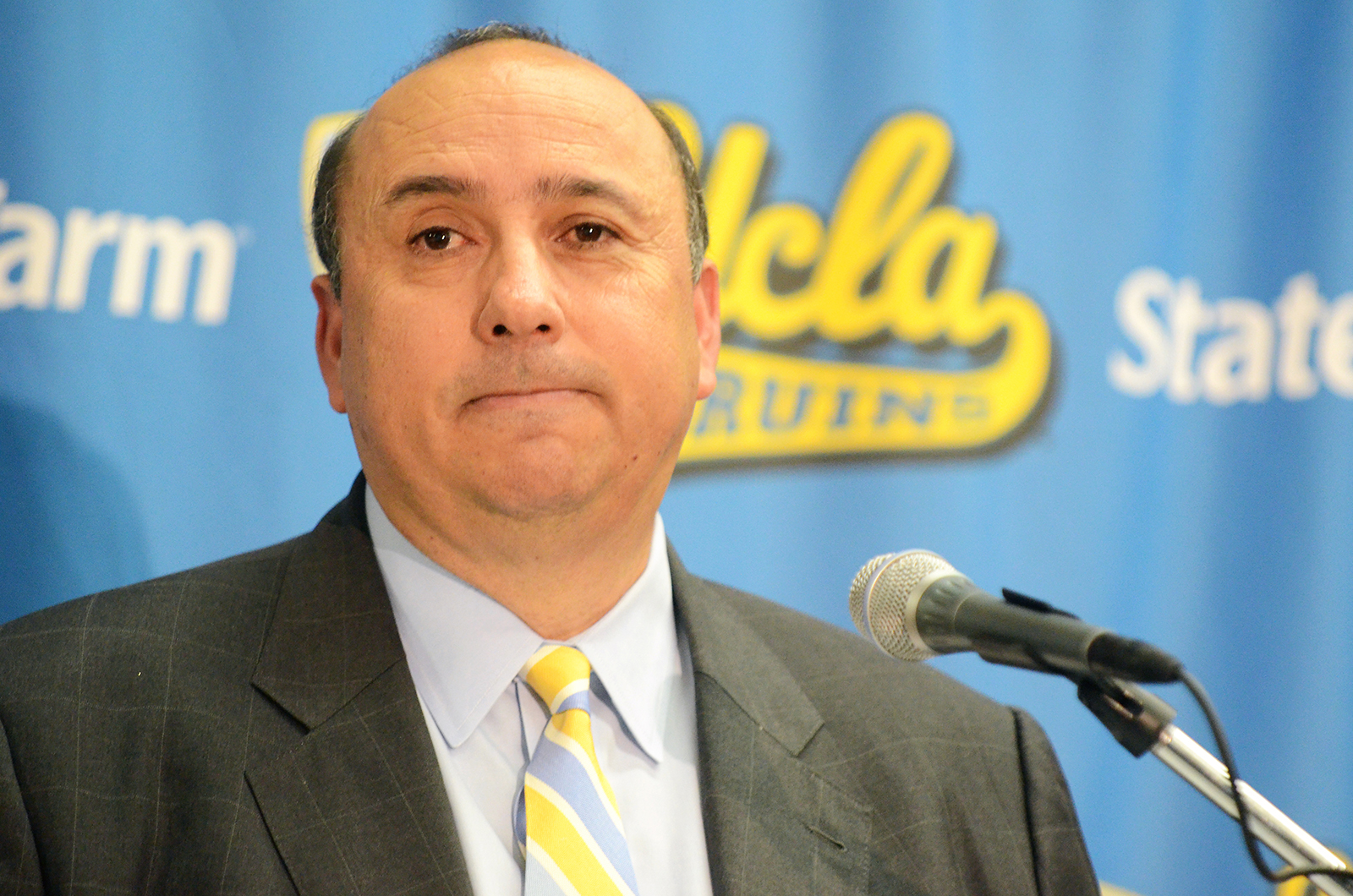 UCLA men’s basketball’s search for its next coach has gone on for over 90 days. Steve Alford was fired Dec. 31 and TCU’s Jamie Dixon is reportedly no longer an option for the Bruins.
(Daily Bruin file photo)

There will be no UCLA men’s basketball coach for the time being.

The Los Angeles Times reported TCU coach Jamie Dixon is no longer in consideration for the Bruins’ coaching vacancy due to the two schools’ inability to reach an agreement on Dixon’s buyout.

A UCLA spokesman said he did not have any updates regarding the coaching search.

UCLA Athletics did not have any updates regarding the coaching search.

On Wednesday, Go Joe Bruin reported that UCLA and Dixon were nearing an agreement after the Horned Frogs lost in the semifinals of the National Invitation Tournament.

Dixon has compiled a 396-164 record in his coaching career consisting of 13 years at Pittsburgh and the past three seasons at TCU. He has a total of 12 NCAA tournament appearances as a coach but has never advanced to a Final Four.

As a former member of the Horned Frogs men’s basketball team, Dixon averaged 8.1 points per game on 45.5% field goal shooting in 109 games.

Beard and Tony Bennett will coach in Saturday’s Final Four games, with a chance to face each other in the championship Monday.

Randy Bennett’s Gaels upset the Gonzaga Bulldogs in the West Coast Conference tournament to earn a bid to the NCAA tournament, where they lost in the first round to Villanova.

Smart’s Longhorns won the NIT by defeating Lipscomb 81-66 on Thursday, two days after besting TCU in the semifinals.

Watson is currently taking classes at UCLA to finish his undergraduate degree, which would be a prerequisite for the head coaching position.

Leadership doesn’t react it responds! All of these inner combating UCLA tweets from Bruins are classless. If you knew Coach Wooden like me then you know he’d be disgusted & most of you would be quiet! Don’t forget who we are! Best of luck in the search! #4sUp #back2myhomework — Earl J Watson (@Earl_Watson) April 4, 2019