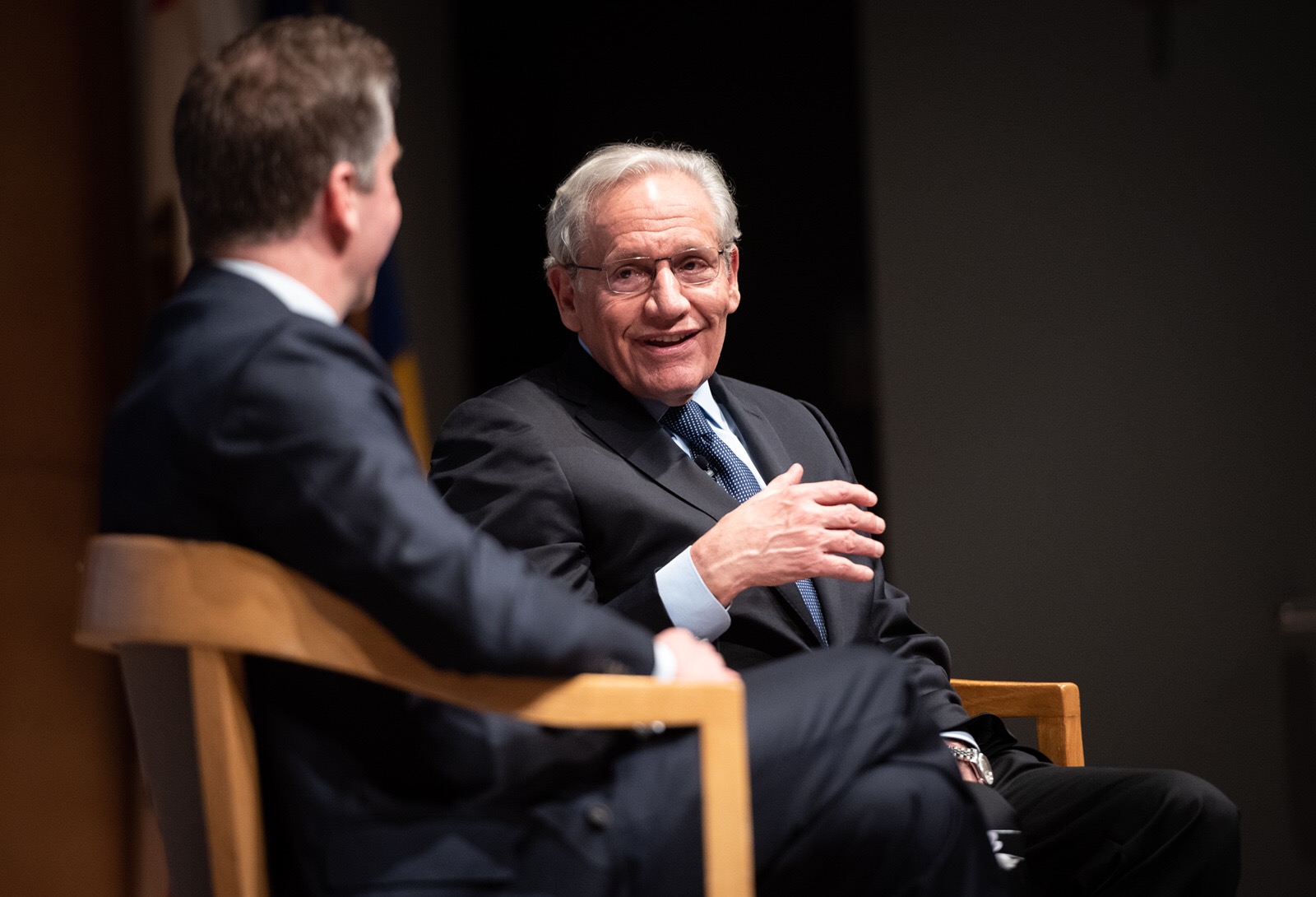 For Bob Woodward, everyone, especially the media, needs to take some Valium and calm down.

Reporters have become too embroiled in the war between the president of the United States and the media, he said.

The lecture series honors the life of Daniel Pearl, a journalist kidnapped and murdered by terrorists while reporting in Pakistan for The Wall Street Journal.

Eric Garcetti, the mayor of Los Angeles, introduced Woodward and emphasized the importance of defending journalism, as he thinks reporters are increasingly portrayed as the enemy of the public.

Woodward said he is worried people have started to see journalism as another form of politics. He said he thinks the media spends too much time addressing Trump’s criticisms of the media when they should focus on the fundamental purpose of their jobs – to keep emotions out of their work, get close to the story and keep reporting.

Getting close to the story was something Pearl excelled at, Woodward said. While reporting on an earthquake in India in 2001, Pearl got so close to the rubble he could smell the victims’ bodies decaying. A nearby firefighter said “Come closer, come closer, you can see the hand.”

Woodward said this advice to get closer to the story is something all journalists should and must learn. In his own reporting experience, he said some of his best interviews came from late night visits to sources’ homes.

“If you send an email to the White House, saying you want a response, you will get four press secretaries sitting there and trying to figure out, ‘How can we write a statement that will mean nothing,'” he said.

Real journalism, Woodward said, is going to the scene and getting the truth. He joked the only time he agreed with former President Richard Nixon was when Nixon said journalists look in the mirror when they should be looking out the window.

Aidan Arasasingham, a second-year global studies student who attended the event, said he agrees with Woodward that the media needs to step back from the current presidential administration’s criticism of the news and refocus on reporting.

“I think in today’s media there’s … more opinion than news and I think focusing more on the issues, on the story rather than how it might be perceived or it might affect the publication is more important,” he said.

This is not to say Woodward isn’t worried about the current administration. He said he thinks Trump’s administration poses a larger threat to the United States than many people realize.

“I’m worried – I am worried there will be a miscalculation. Everyone I know has a to-do list – Trump does not. It’s what comes into his mind, what comes on television,” he said. “It’s, as has been said, chaos, but it’s chaos that’s of great risk.”

He also said he thinks journalism is under siege by the Trump administration. Trump has even labeled “Fear: Trump in the White House,” Woodward’s most recent book on the inner workings of the administration, as a work of fiction.

Woodward said he does not think the best way to address these criticisms is by becoming defensive, however. He said his strategy is to look at the facts and do his best to remain nonpartisan.

“When I wake up in the morning, to be honest with you, my first thought is, ‘What are the bastards hiding?’” he said.