Admissions essays should ask for applicants’ values, not their sob stories 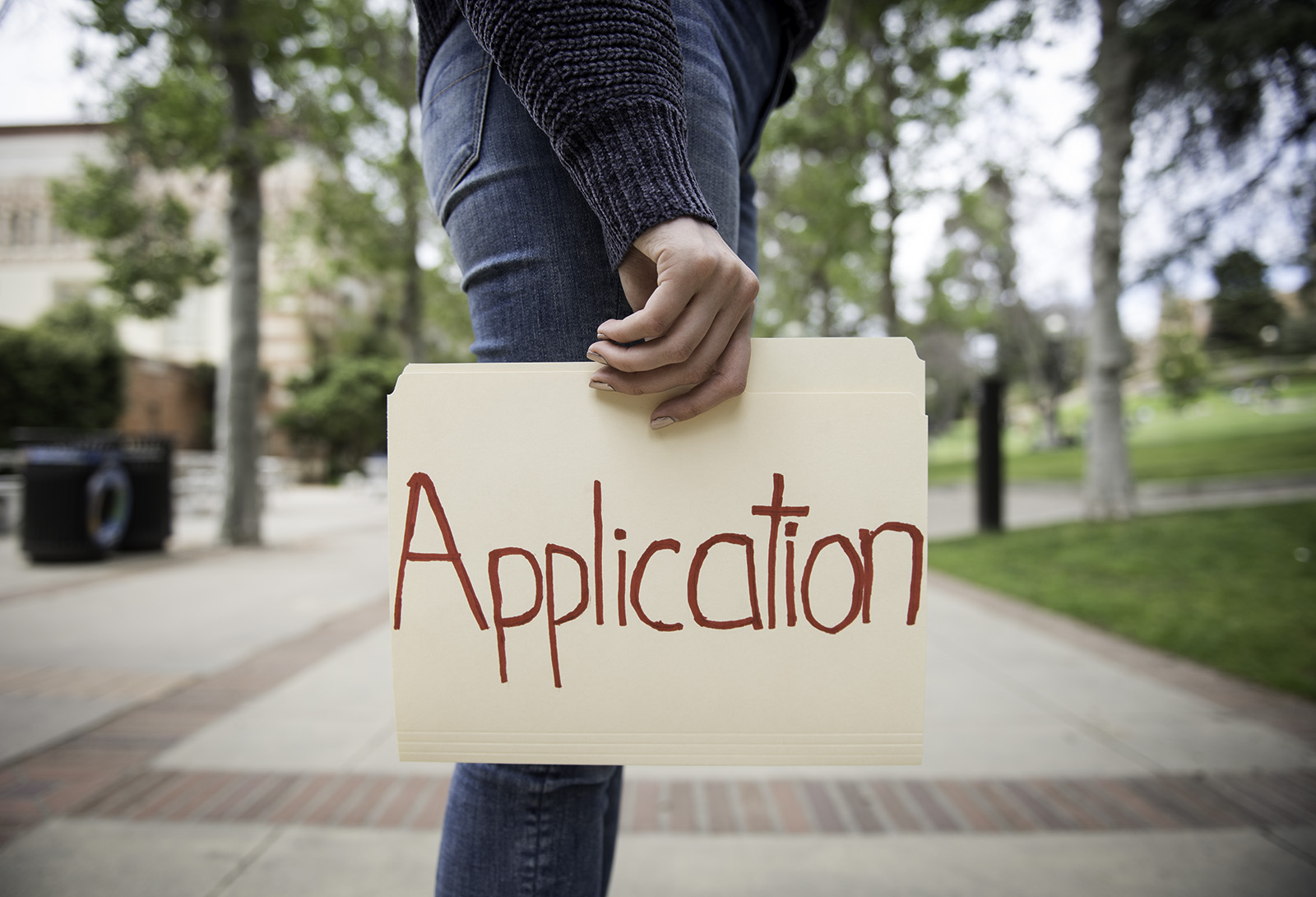 Personal statements in college applications are seen as a space for personal expression. More often than not, however, they urge students to slap together sob stories – something those with access can better do. There’s a better alternative, though: diversity statements. (Axel Lopez/Assistant Photo editor)

Milking one’s trauma isn’t the only road to university admission.

And yet, it’s exactly what college applications look for.

The University of California’s admission process, like that of other universities, aims to be holistic by requesting a history of applicants’ classes as well as their talents and achievements. The University’s undergraduate personal statements ask applicants to describe how their experiences have shaped their interests in their potential fields of study, asking them to draw heavily on personal experiences and relationships.

These statements are substandard for a variety for reasons. For starters, they encourage applicants to curate sob stories to tug at admission officers’ hearts. More troublingly, though, is that they do little to ensure applicants are truly cognizant of the importance of diversity and inclusion.

Graduate applicants and faculty candidates nationwide are often asked to submit diversity statements, which require them to describe their past and possible future contributions to an environment of equity, diversity and inclusion. These statements allow applicants to showcase their commitment to contribute to the intended institutions and highlight what they could bring during their time there.

Diversity statements, while also rooted in applicants’ experiences, ask what their values are, ultimately seeking to understand how they came to be. That kind of questioning at the outset can compel future Bruins to walk on campus ready to think about issues like diversity and socioeconomic disparity. That kind of mindset can predispose students to bridge campus divides through discussion about these difficult topics.

Like graduate school applications, the UC’s undergraduate applications should include diversity statements to encourage potential students to think critically about core values of diversity. Personal statements have the potential of exploring applicants’ pasts, but don’t touch on anything substantial. They don’t ask about applicants’ potential contributions to UCLA or what their presence will bring to the table. They also don’t give students space to critically consider their role within the university.

Additionally, working on a personal statement can be mentally exhausting, which can be limiting for some.

Mia Glionna, a second-year American literature and culture and African American studies student, remembers being stressed out about her personal statement, despite having gone through a college prep program.

“I felt like I had to write a sob story to get in,” Glionna said. “(A diversity statement) doesn’t rely on the assumption of your family or like your personal life. I feel that takes off a lot of pressure to write about your personal traumas.”

Diversity statements don’t rely on personal traumas or hardships, and they can explore applicants’ experiences more deeply – and equitably – than personal statements.

“A lot of admissions processes can be excluding and marginalizing even if they’re not intending to be,” said Andrea Gambino, a graduate student in the UCLA Graduate School of Education and Information Studies.

Gambino, who was a high school teacher for four years, said diversity statements are more personal than personal statements.

“How do you deconstruct diversity and inclusion and who you are from your personal statement? That is who you are,” she said.

A diversity statement has the opportunity to truly review an applicant holistically because students aren’t simply retelling their past narratives – they’re critically analyzing their own values and how they came to be.

Getting students to start thinking about diversity before even being admitted can help them know their identities matter and that they’re playing a role in fostering diversity on campus.

On top of that, the UC would be better able to ensure applicants follow through on what they’ve written if it uses diversity statements, said Elizabeth Fasthorse, a GSEIS student.

“You follow up with (those) questions,” Fasthorse said. “A lot of the schools here have additional (communication): They’ll have a question or you have interviews and telephone calls where you can ask the individual where you can check up.”

Diversity statements are also less invasive, as well as a lot more accurate. Students can write about what they hope to contribute without having to paint out their entire lives on a piece of paper.

Selena Cartznes, a GSEIS student, said diversity statements are easier to write in high school because they don’t hone in on past experiences.

And while diversity statements deconstruct applicants’ core values, using them wouldn’t necessarily be ideological filtering. The prompt would still require applicants to draw from their personal experiences, but in addition would ask them how they hope to contribute to the UC environment. That kind of introspection would only help students start to think about UCLA’s – and the University’s – core commitments and help make the campus more inclusive.