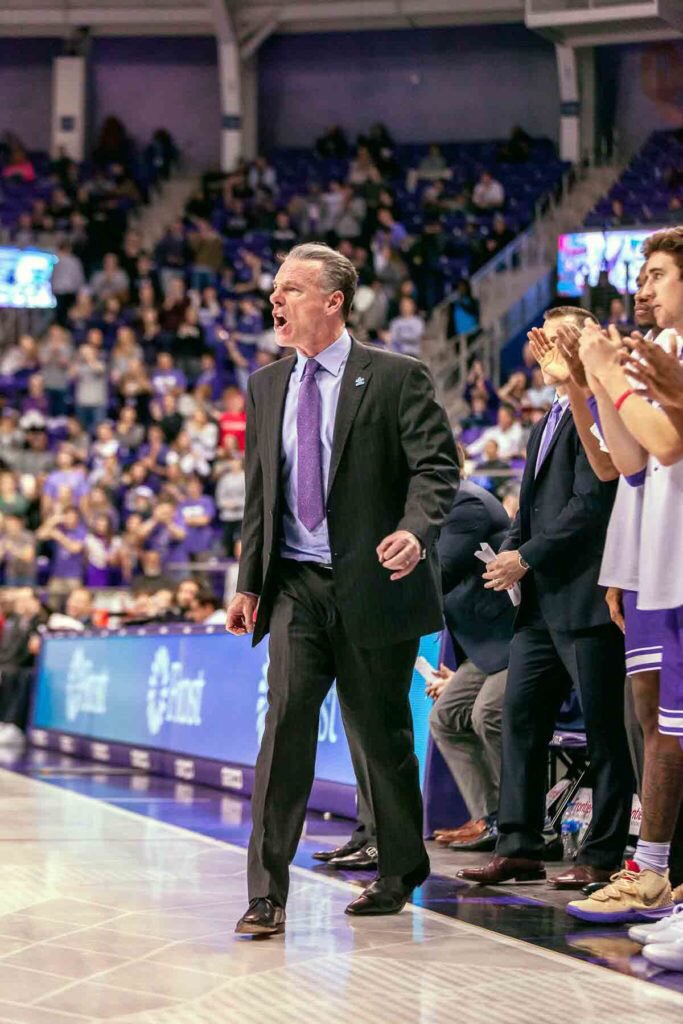 Jamie Dixon went 68-41 in three seasons at TCU after posting a .727 winning percentage across 13 seasons with Pittsburgh. Dixon played basketball at TCU, had several assistant coaching jobs in Southern California and is a North Hollywood native.
(Courtesy of Christian Argueta Soto)

The Bruins have found their next leading man.

UCLA men’s basketball is nearing a deal with TCU’s Jamie Dixon to become the program’s next coach, Michael Hanna of Go Joe Bruin reports. The deal is pending the finalization of the buyout of the remainder of Dixon’s contract with the Horned Frogs, which could cost the Bruins upwards of $8 million.

Dixon made the flight from New York to Fort Worth after TCU lost to Texas in the NIT semifinals Tuesday night, according to ESPN.

Dixon went 68-40 in three seasons with TCU after winning the 2017 NIT championship in his first year with the program.

Prior to joining the Horned Frogs, Dixon went 328-123 at Pittsburgh from 2003-2016, making the NCAA tournament 11 times in 13 seasons. He coached the Panthers under former UCLA coach Ben Howland from 1999-2003, with the team going 32-29 over his first two seasons. Howland and Dixon then won back-to-back Big East regular season titles before Howland packed his bags for Westwood in 2003.

Dixon went 31-5 in his first year in charge at Pitt and the Panthers broke 20 wins in all but one of his seasons there. He won four national coach of the year awards from three separate outlets from 2009-2011 and led the school to its first-ever No. 1 ranking in 2009.

In 2016, TCU paid $10 million to buy Dixon out of the final seven years of his contract with Pitt. Dixon played men’s basketball at TCU from 1983-1987, spending his first two years with the team as a reserve. Dixon averaged 11.3 points and 4.8 assists per game as an upperclassman while shooting 45.1% from beyond the arc his senior year.

His first head coaching experience was at New Zealand high school Te Aute College in 1989, but he would return to the U.S. as an assistant later that year. Dixon – who was born and raised in North Hollywood – spent time as an assistant at LA Valley Community College, UC Santa Barbara, Hawai’i and Northern Arizona, where he also coached under Howland.

After winning the NIT in Dixon’s first season, the Horned Frogs lost in the first round of the NCAA tournament the following year. TCU made the NIT Final Four again this season before losing 58-44 to Texas in the semifinals Tuesday.

[RELATED: Fresh Off the Grill: Insights into UCLA Athletics’ search for Alford’s successor]

Other candidates – from a list that reportedly began at roughly 50 names – were eliminated due to ties to NCAA violations, health concerns or personal issues. 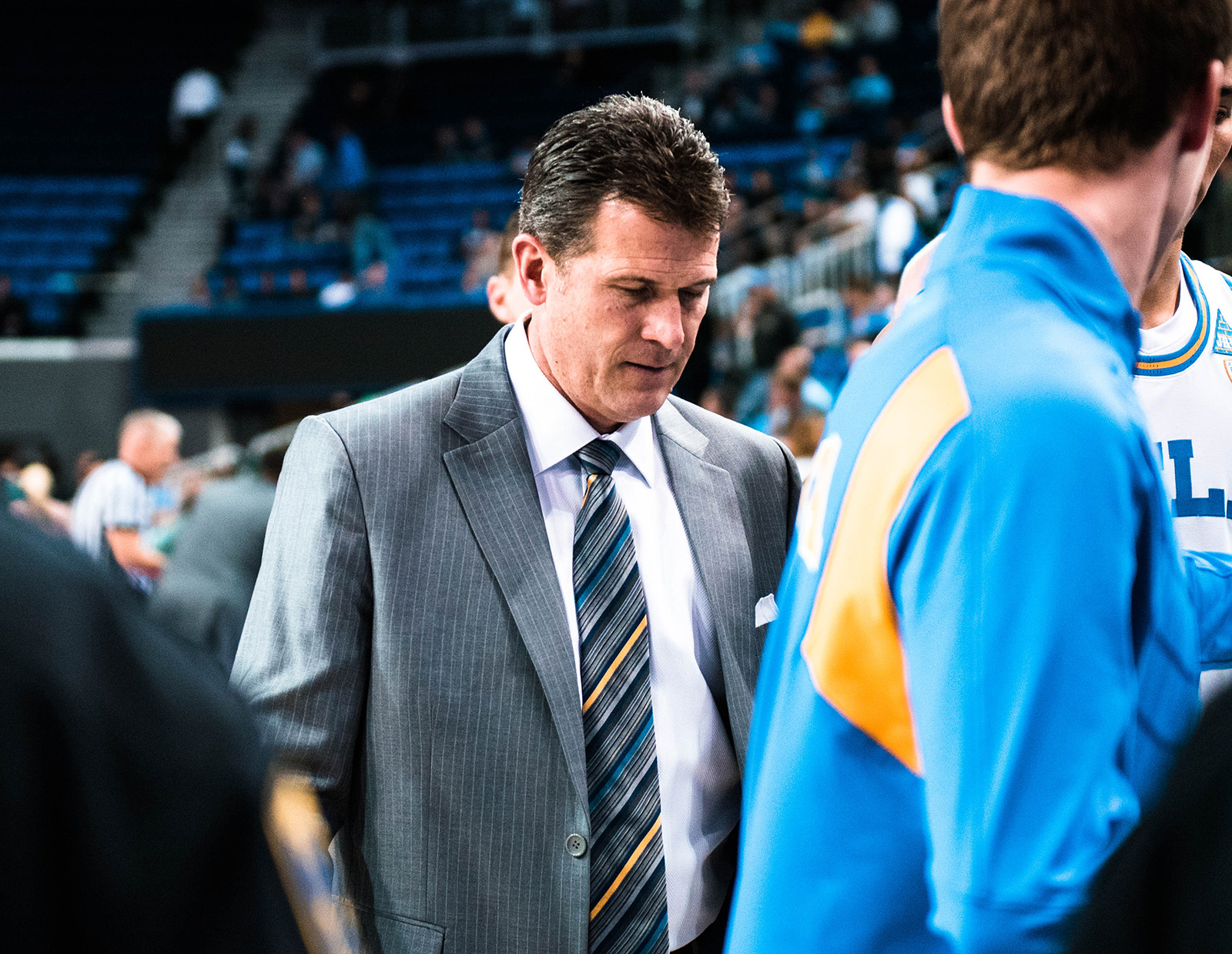 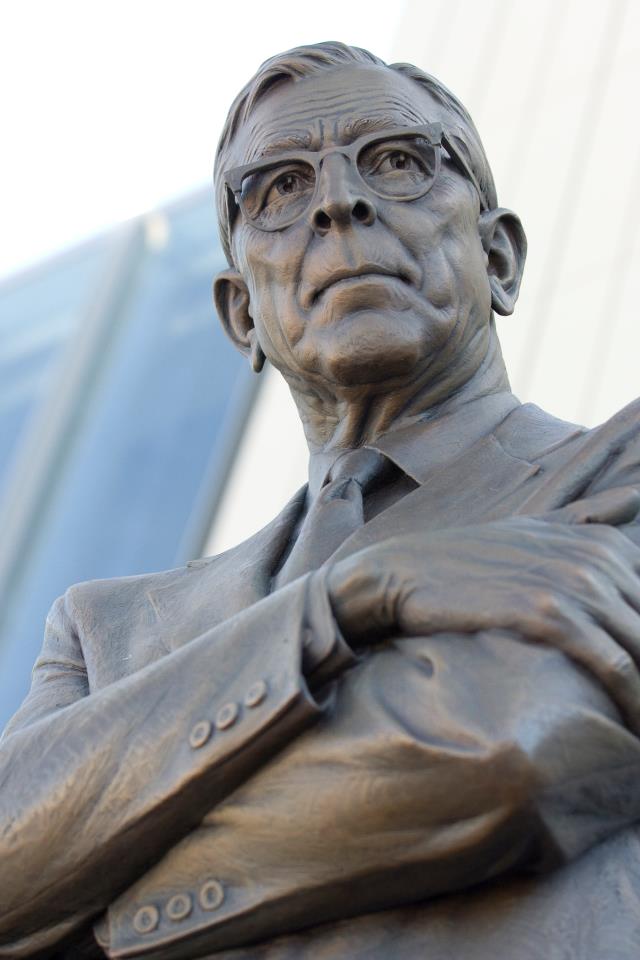