Pac-12 baseball teams climb up national rankings, with No. 1 UCLA leading the way 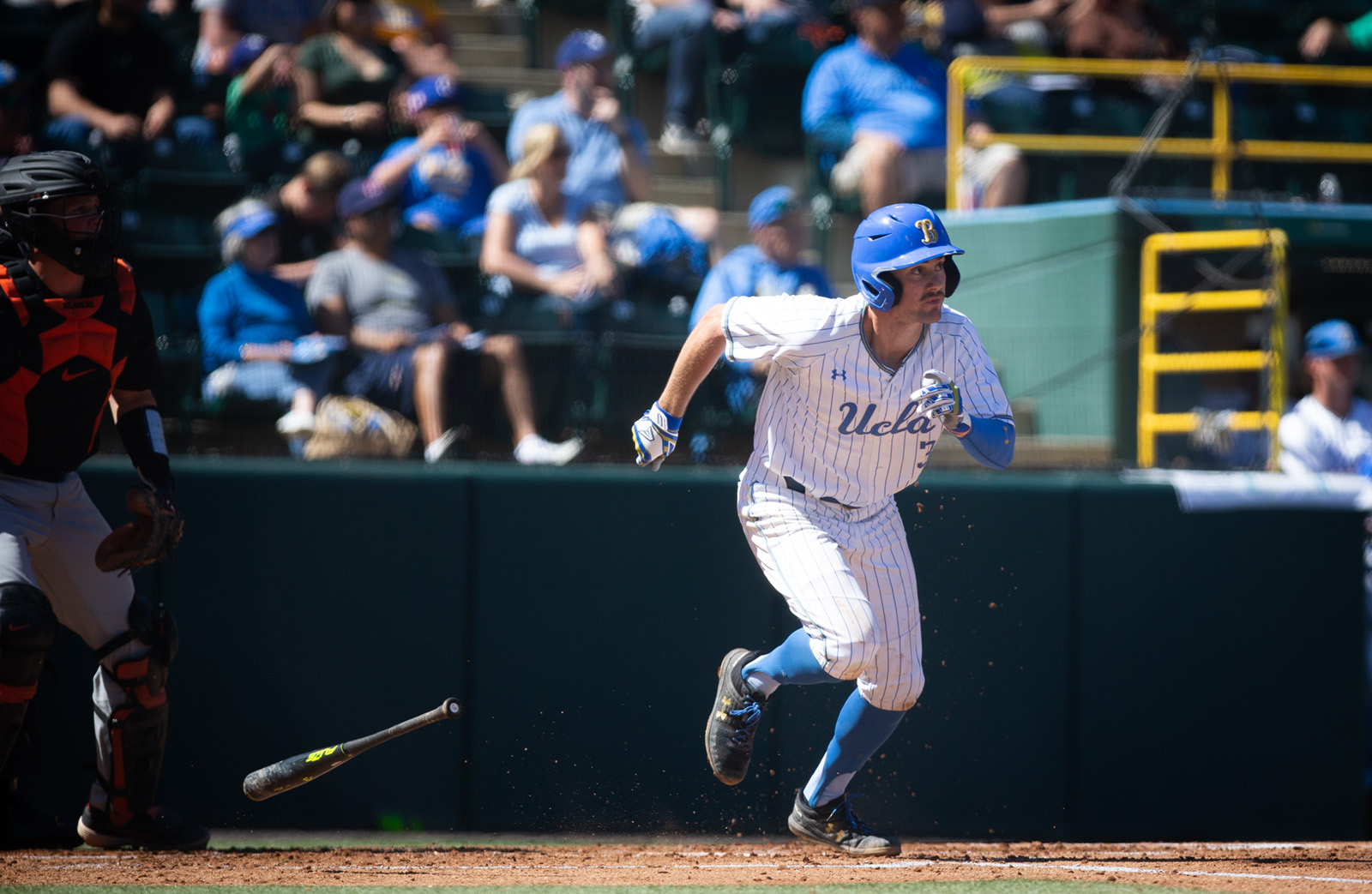 Junior third baseman Ryan Kreidler is on pace to put up career highs in hits, home runs and OPS. However, Kreidler has posted a .182 batting average in the first nine games of Pac-12 play. (Andy Bao/Daily Bruin)

The Pac-12 is filling up the top of the national rankings.

Coach John Savage said he is used to the Pac-12 being a formidable conference.

“I’ve lived here for 15 years, and we’ve had years like this before,” Savage said. “People act like this is the first time the conference has been good, but there’s been a lot of good years. The depth of the (Pac-12) is clearly very strong this year, so that does make a bit of a difference.”

The Cardinal are below the Bruins in the national rankings, after rising from the third spot over the course of a nine-game winning streak. In its last two completed series, Stanford swept a pair of conference teams in Utah and Washington – outscoring opponents 71-24 during the streak.

As the reigning champions, the Beavers have compiled a record of 111-18-1 over the past two years and are among the top teams in the NCAA this year. Leading the charge for Oregon State is third baseman Adley Rutschman, who is hitting .420 after leading the Pac-12 in batting average last year.

Rounding out the top seven are the Sun Devils, who did not crack the top 10 until March 18. After finishing seventh in the conference with a 23-32 record in 2018, Arizona State was unranked but began the season on a 21-game winning streak to start the year.

Arizona State is batting .336 as a team and leads the Pac-12 in runs, hits, doubles, home runs, on-base percentage and slugging percentage. Center fielder Hunter Bishop has posted a slash line of .417/.552/1.010 and has hit 16 homers after totaling 10 in his first two years.

UCLA claimed the top spot in the rankings March 18 for the first time since its championship season in 2013. That year, the Bruins were last in the Pac-12 with a .250 batting average and hit just 19 home runs, but posted a 2.55 ERA and led the conference in strikeouts.

This year’s pitching staff has put up nearly identical numbers, with a 2.54 ERA and a Pac-12-leading 271 strikeouts through 234 innings of work.

The most recent start came from freshman right-hander Jesse Bergin, who didn’t allow any hits through the first five innings and stuck out eight to earn the win against CSUN on Tuesday.

“It felt good having that control, being able to mix my pitches,” Bergin said. “The no-hitter wasn’t really on my mind. I was aware of it, but it wasn’t affecting anything in any weird way.”

Of the four teams, only UCLA and Oregon State have played a series, with the Bruins taking two of three. However, the Bruins will face the Cardinal this weekend, and the Beavers and Sun Devils will play the weekend after that.

“To get to where we want to get to in the postseason, we’ve got to play the best teams,” said junior third baseman Ryan Kreidler. “People always talk about the (Atlantic Coast Conference) and the (Southeastern Conference), but I think the best teams are in California.”