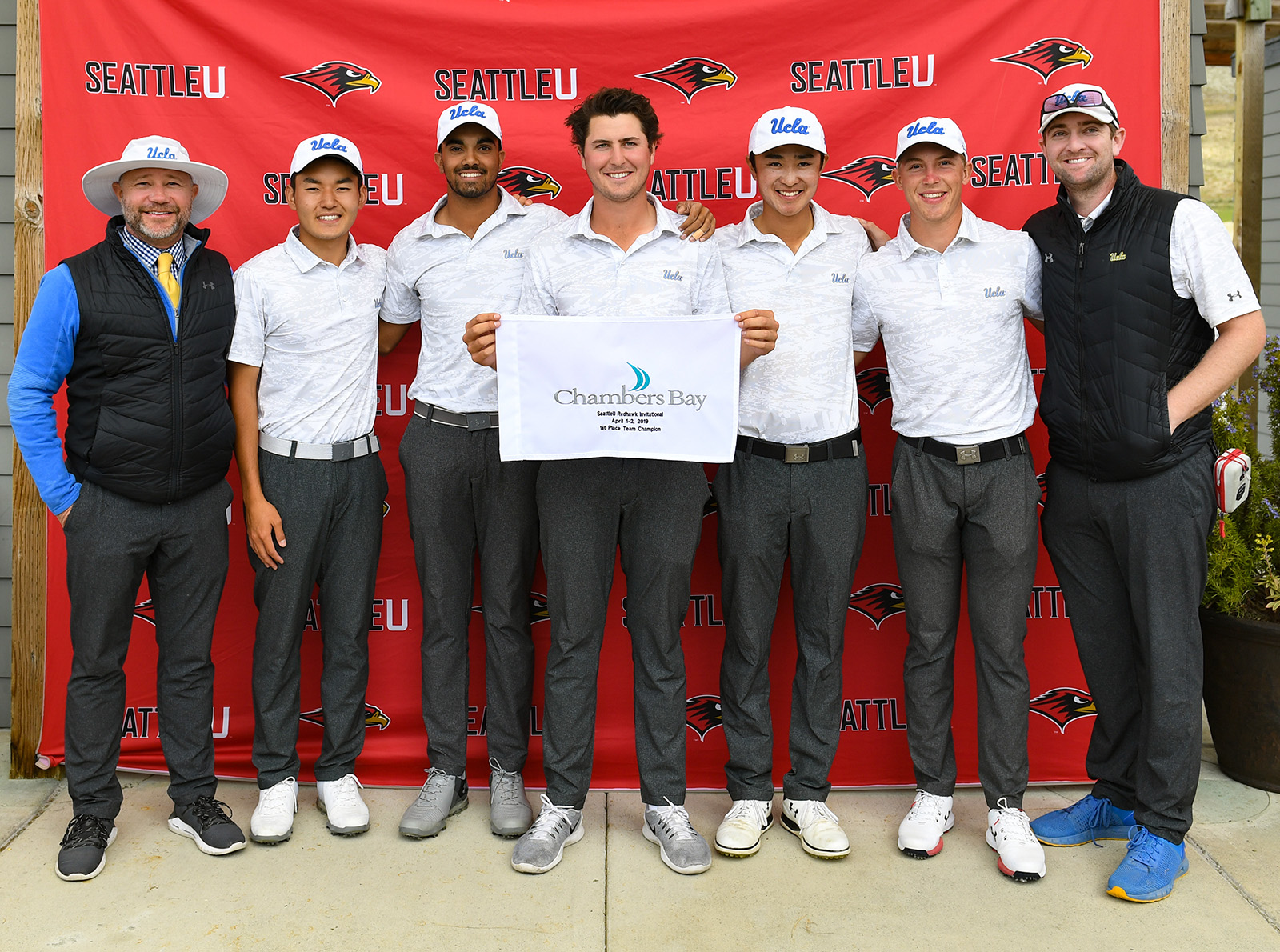 The Bruins have ended their yearlong drought.

UCLA men’s golf placed first out of 18 teams, finishing with a 37-under 815, at the SeattleU Redhawk Invitational in University Place, Washington, on Tuesday for its first win since February 2018. The Bruins were coming off their worst finish of the season at the Southern Highlands Collegiate, where they placed 13th out of 15 teams.

The Chambers Bay Golf Course hosted the U.S. Amateur Championship in 2010 and the U.S. Open in 2015. Coach Derek Freeman said the course was challenging but the Bruins were able to navigate it well.

“It was a U.S. Open golf course, it was very challenging and we set it up in a way that was scoreable,” Freeman said. “Any time that you can win in a sport on this level, it becomes really special – it’s really hard. And we’ve been knocking on the door, we’ve been working hard, we told our guys we’ve gotta be aggressive and we came out firing on all cylinders and I’m (really) proud of them.”

Junior Hidetoshi Yoshihara placed first with a 13-under 200, his second collegiate win at UCLA. In the second round, Yoshihara shot a 9-under 62, which tied Roy Moon’s second round at the 2003 TaylorMade Classic for lowest in program history. Yoshihara became the third Bruin to record a score of 9-under or lower, along with senior Cole Madey in 2017 and John Merrick in 2003.

“More than anything, we’ve been trying to get (Yoshihara) to have a solid foundation with his swing and to understand where to place the ball,” Freeman said. “I think when he does these things he’s really successful.”

Sophomore Devon Bling tied for second and finished with an 11-under 202, good for his best performance the year.

“I was really proud of the way I played, on all aspects of the game,” Bling said. “I hit the ball really well and I had a lot of good strokes on my cuts. The course wasn’t too hard, the fairways were wide but it really did punish you for hitting bad shots.”

Bling, after finishing as runner-up in the 2018 U.S. Amateur Championships, earned invitations to this year’s Master’s and U.S. Open tournaments. Bling said this week’s tournament was good preparation for next week’s Master’s tournament.

“This tournament was really good for me to see that everything in my golf game was firing on all cylinders,” Bling said. “I hit really well, I had a lot of good strokes putting and it gave me a lot of confidence going into next week knowing that I performed in a tournament atmosphere at this level.”

Freeman said while Bling has always been a power hitter, his recent focus on control helped him round out his game ahead of the tournament.

“We had him learn how to control the golf ball, he’s got so much power and he can hit it so far that we have to teach him how to monitor that,” Freeman said. “When he’s completely in control of his swing, he shoots really good scores. Any time you play well it gives you confidence and I think that will really help him going into next week.”

Freshman Sean Maruyama shot a 7-under 206 and tied for seventh, becoming the third Bruin to finish inside the top 10. Madey also placed in the top 20 with a finish of 5-under 208, tying him for 13th.

UCLA will play its next tournament at the Wyoming Cowboy Classic at the Whirlwind Golf Club in Chandler, Arizona, from Monday to Tuesday. 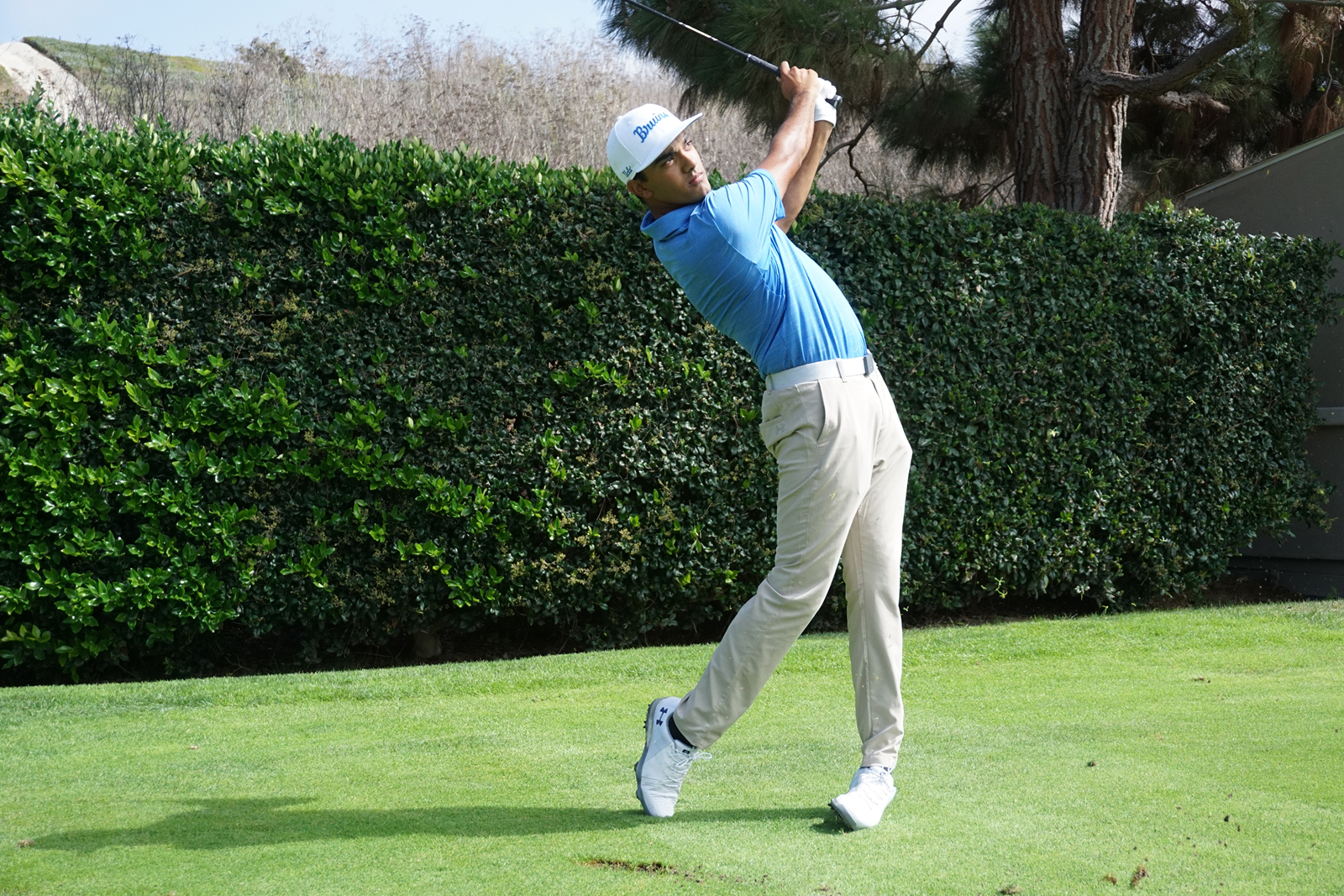