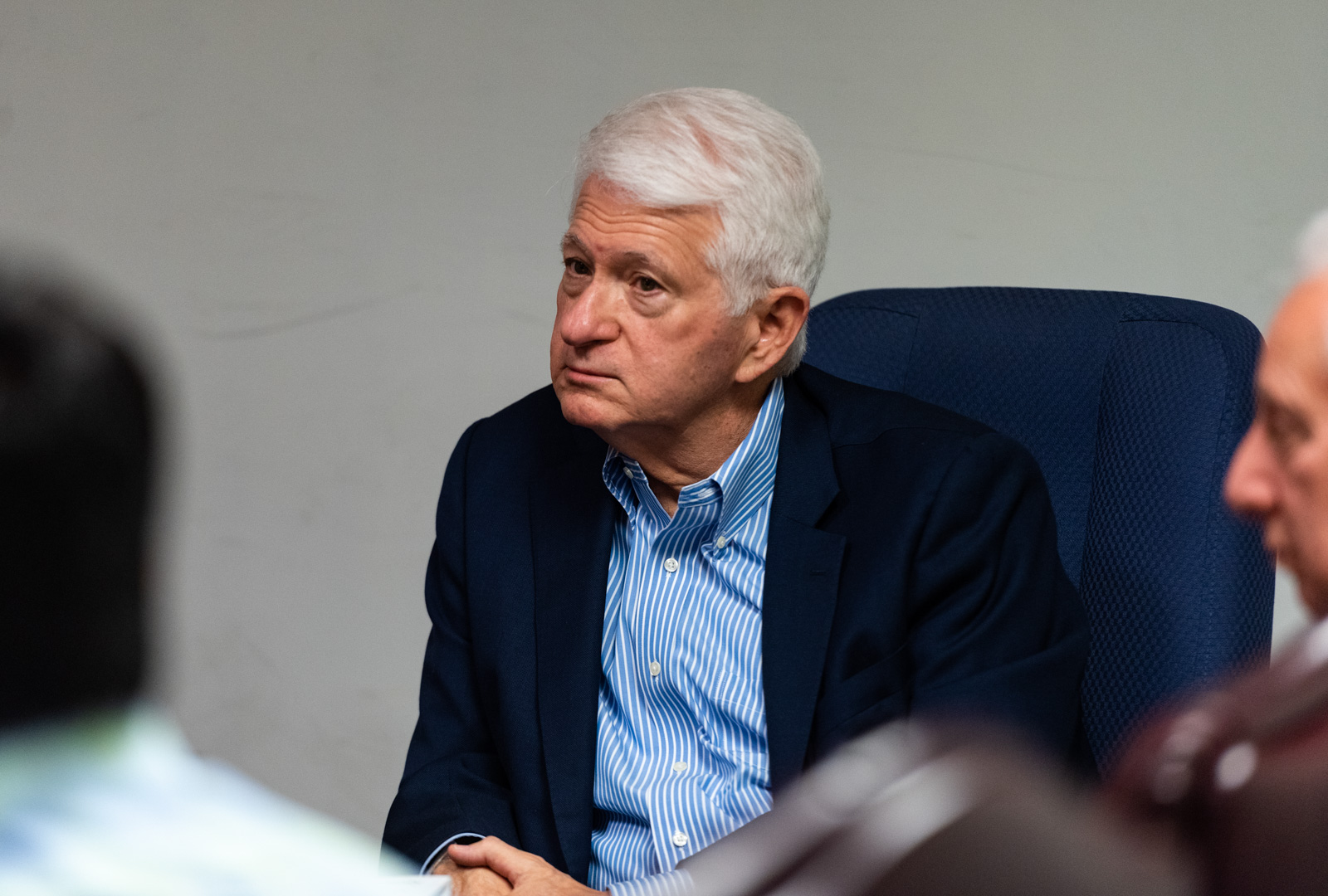 Chancellor Gene Block said he hopes students will support a change to the semester system. He said he believes the quarter system is a failed system. (Amy Dixon/Photo editor)

Chancellor Gene Block said he thinks UCLA should change to a semester system.

At a meeting with the Daily Bruin editorial board during week 10 of winter quarter, Block said he thinks changing from a quarter system could reduce stress for students. In a semester system, classes could have reading days before exams and give students more time between midterms, he said.

Block said he thinks it is time to move away from the quarter system.

“The quarter system, in my view, is a failed system,” Block said. “Most schools have moved away from it, and it’s really mostly a West Coast phenomenon now and time to change.”

UCLA representatives did not state whether this is Block’s personal view or that of the UCLA administration.

Some students said they supported the quarter system.

“You get to restart and have new classes and have a first day again so I like that,” Shanaa said. “You don’t get bored.”

Yasmine El-Tayeb, a fourth-year theater student, said she likes taking a wider variety of class subjects under the quarter system.

“And you get rid of the classes you don’t like faster,” El-Tayeb added.

“You’re always forced to make sure you’re on top of your work and not falling behind which might happen in the semester system,” Karmouta said.

Others said they would prefer semesters.

Yash Lala, a first-year computer science student, said he thinks the quarters can feel rushed because he has little time between midterms.

Shawn Avidan, a first-year chemistry student, said while he likes the quarter system, he feels students have less time to digest material than they would with semesters.

“I feel like you get less of a chance to learn and you get less support from more classes with professors or TAs,” Avidan said.

Tobias Higbie, a history and labor studies professor who has worked under both systems, said he prefers semesters. Humanistic learning requires time for students to struggle with material and find answers themselves, Higbie said.

“I call it the ‘hall of mirrors phase,’” Higbie said. “It is frustrating, but learning how to find your own way out of that phase is the hallmark of higher education.”

Higbie added while he thinks switching to semesters would be disruptive for faculty, the change would work out in the long run.

“Syllabi are set. Approaches to teaching are geared to the 10 week quarter,” Higbie said. “That said, I think after a few years of trial and error we would make it work and get the benefits of the semester system.”

In 2003, Academic Senate faculty voted to oppose changing to a semester system. Albert Carnesale, the chancellor at the time, abided by their recommendation.

Block said he thinks the potential change will generate discussion among students. He said he views a switch to semesters as a possible stress-reduction measure for students.

However, Higbie said he does not think student stress stems from the quarter system, but rather the high costs of tuition and housing.

“But don’t stop with tinkering around the edges. Go to the heart of the matter: decades of austerity budgets, low wage growth and insanely expensive housing,” Higbie said. “These things produce at least as much stress, perhaps much more, than 10 week quarters.”

Block said a potential change to semesters would likely take years and a lot of student support to implement.

“I think students can help lead the way by being strong supporters,” Block said.