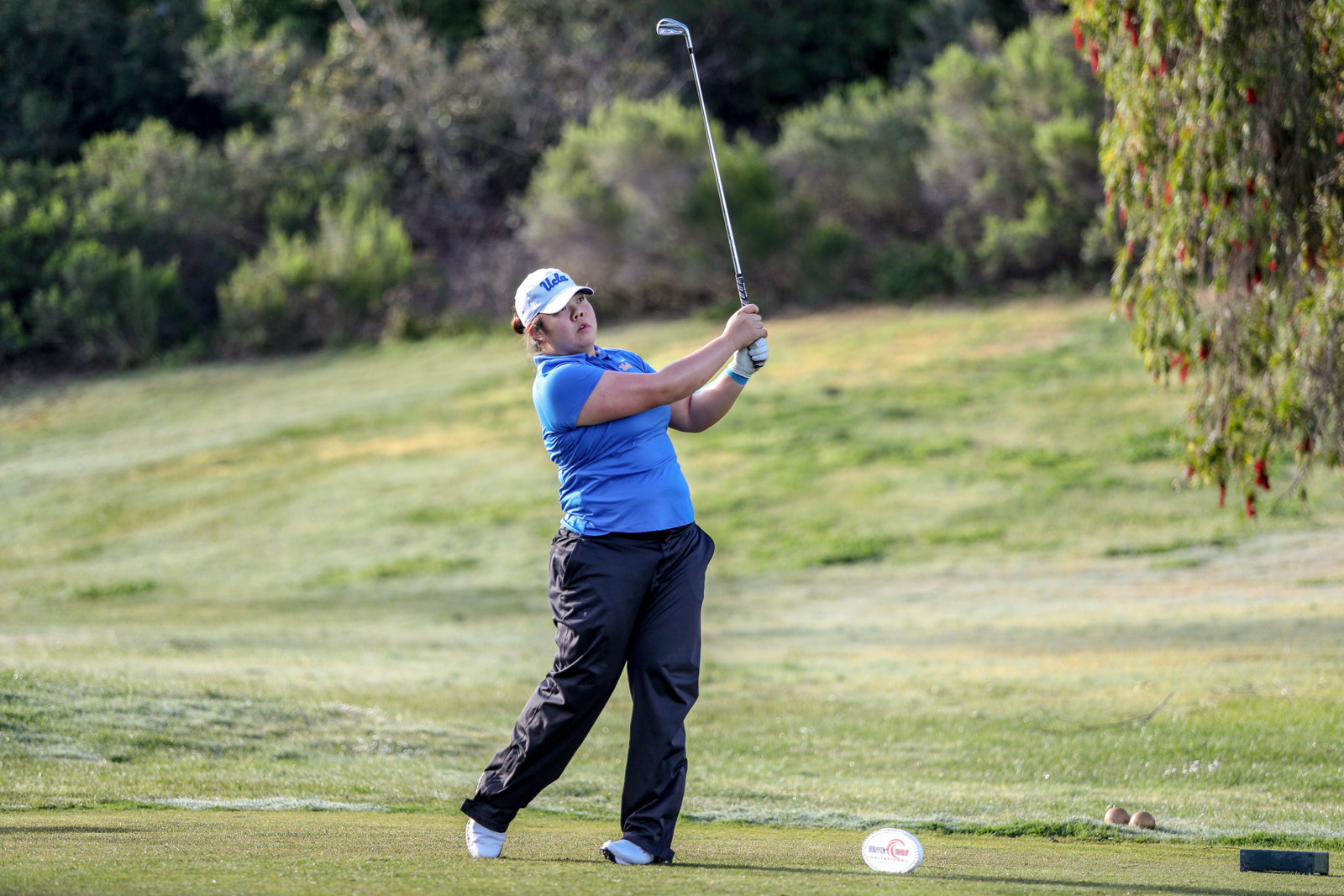 Senior Beth Wu picked up her first tournament win as a Bruin at the PING/ASU Invitational despite shooting a 3-over in the first round. (Courtesy of Owen Main)

It was a special weekend for one Bruin.

Senior Beth Wu finished tied for first at the PING/ASU Invitational in Phoenix, Arizona, earning the first win of her collegiate career. No. 5 UCLA women’s golf shot 13-over 877 to finish eighth out of the 14 teams at the event.

“It was a relief, since it’s taken me until senior year for me to win my first tournament,” Wu said. “It was a waiting game because I finished before everyone else did, so it was mentally exhausting.”

The Bruins were in ninth place after shooting 8-over in the first round. Junior Clare Legaspi and sophomore Patty Tavatanakit each shot 1-over to pace the team on Friday, while Wu was tied for 42nd after shooting 3-over.

Wu improved her score by nine strokes in the second round and tied her career-best with a bogey-free 6-under 66 on Saturday – climbing to a tie for sixth place. UCLA shot 7-over to move into a tie for eighth.

In the final round, Wu shot 4-under, tying her for the best round of the day. She shared the victory with Northwestern’s Stephanie Lau and Stanford’s Andrea Lee, the top-ranked golfer in the country.

“When I finished, I was one shot back, but (Lau) came in and bogeyed her last hole,” Wu said. “We waited another five groups for (Lee), who had a good chance at birdie but barely missed.”

Coach Carrie Forsyth said the victory was a culmination of Wu’s journey in transitioning to collegiate golf.

“Coming in, I think it was a big adjustment for her, so she’s gone through a couple of different swing instructors during her time here,” Forsyth said. “This year, she’s had some great moments but (wasn’t) able to put it together for whole tournaments. Just to see her keep it together and have a great finish was awesome.”

Tavatanakit finished tied for 10th following a 4-under final round, earning her fourth top-10 finish of the season.

Prior to the tournament, Forsyth and Tavatanakit went to a nearby PING factory, where they discovered that Tavatanakit’s irons were not set properly because of improper lie angles. Tavatanakit said her ball-striking improved immediately after her clubs were adjusted.

“Fixing my clubs corrected my big, ambiguous misses,” Tavatanakit said. “I hit some good shots, and my irons were straight this weekend. Distancewise, I was off the first few days, but (Sunday), everything was perfect.”

No other Bruin cracked the top 50.

Legaspi and sophomore Vera Markevich finished tied for 52nd and tied for 62nd, respectively. Freshman Phoebe Yue finished last out of the 86-player field, shooting 32-over.

Junior Mariel Galdiano did not play in the tournament, as she was invited to compete in the LPGA Kia Classic in Carlsbad, California. Galdiano finished tied for 103rd after missing the cut by three strokes.

The Bruins won a dual match against Denver 288-300 on Tuesday at the Superstition Mountain Golf Club in Gold Canyon, Arizona.

UCLA shot even-par on the day, while Denver shot 12-over.

The match was originally slated to be a three-way dual match between UCLA, Oregon and Denver, but Oregon dropped out just days before the event.

Wu and Tavatanakit each posted 5-under 67s to lead the Bruins to a dual-match victory.

The Bruins will travel to Napa, California, next week to compete in their final tournament of the regular season, the Silverado Showdown, beginning April 7.