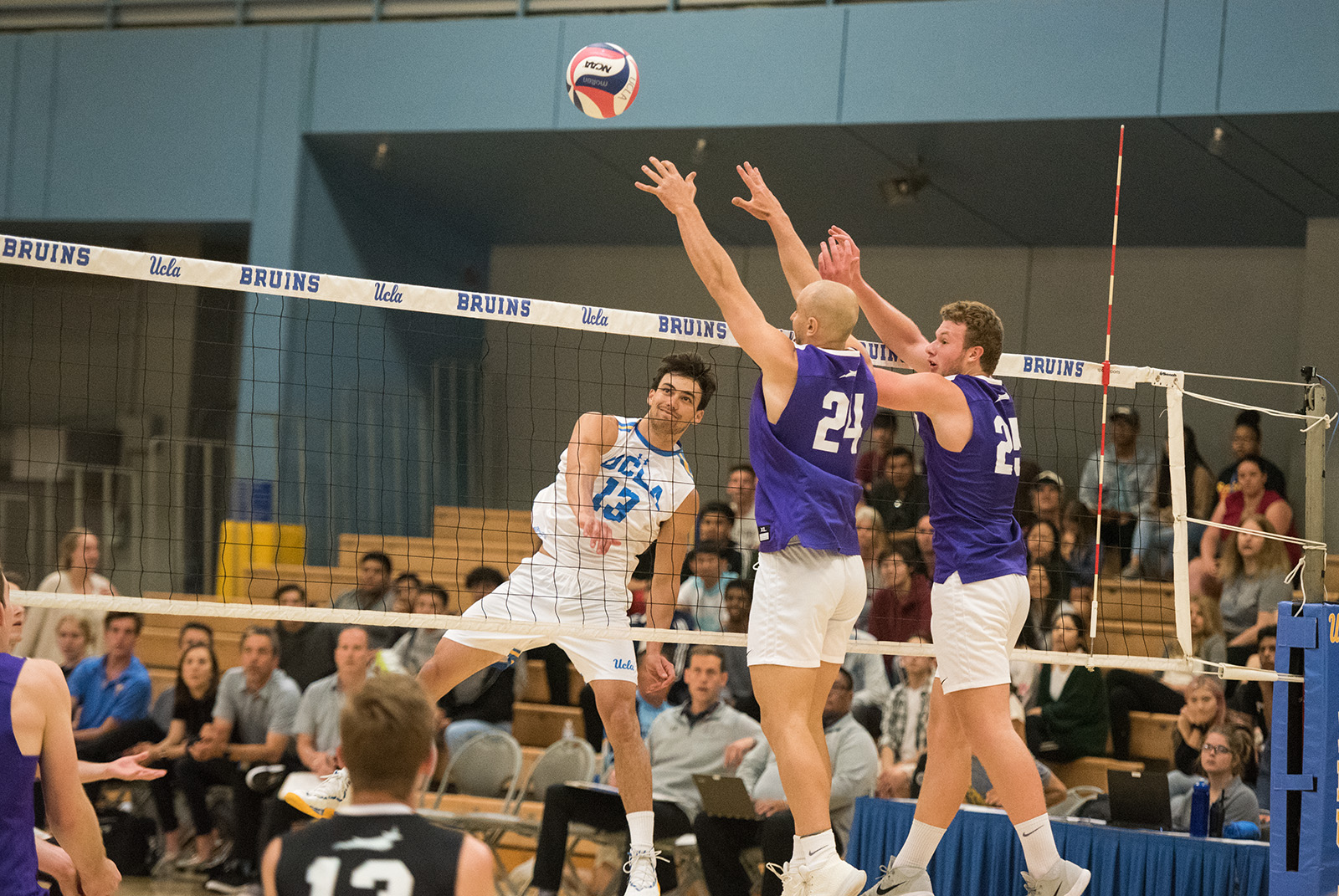 The Bruins snapped their losing streak and broke a record in their return home.

The Bruins entered the match on a three-game losing streak, all three losses coming against conference opponents.

UCLA was ahead throughout the entire first set, with the largest difference between the two teams being nine points. The Bruins claimed the set 25-18 after they hit for .517, posted 17 kills and logged a side-out percentage of 73.7 percent.

“The first set, everything was swinging our way,” Gyimah said. “We were playing with (a) completely different lineup with (senior setter) Micah (Ma’a) on the outside, and this was my first time starting on the right side instead of the middle. There were bound to be some errors and those came up in the second set.”

The Antelopes were held to a .150 hitting percentage and totaled only four kills across the first set with outside hitter Christian Janke – their team leader in kills – tallying just one.

UCLA opened up the second set behind 7-2 before coach John Speraw took his first timeout of the match. The Antelopes never lost the lead and claimed the set 25-19 as the Bruins hit for .122 and recorded 12 kills.

Speraw said he is still testing a number of lineups with two games left in the regular season.

“(We’re) just trying to figure what’s the best lineup,” Speraw said. “I don’t have an answer until you throw it out there and play ball. We’re missing so many points because we’re not connecting because we have a new lineup – it’s nobody’s fault.”

Ma’a entered the match three service aces away from breaking the all-time UCLA career record. At 11-11 in the third set, a serve from Ma’a hit the top of the net and dropped onto the Antelope side to take his career total to 195, giving him full possession of the record.

“It’s extremely humbling as so many amazing players have come through here,” Ma’a said. “Individual records are great but I’d love to win a championship – I’d trade that for a record any day.”

Ma’a already owns the UCLA single-season service ace record after besting this season his own record of 58, recorded in 2016. He finished the match with a team-high 17 kills and a .342 hitting percentage, along with six service aces.

“(Ma’a) has been carrying us in so many ways all season long,” Speraw said. “The intangibles of leadership and his energy are completely invaluable to this program, maybe more than the influence of one individual greater than anyone I’ve ever seen. For us to be in this position after having a shaky year is a credit to him.”

UCLA next will face Concordia University Irvine on Thursday at Pauley Pavilion.