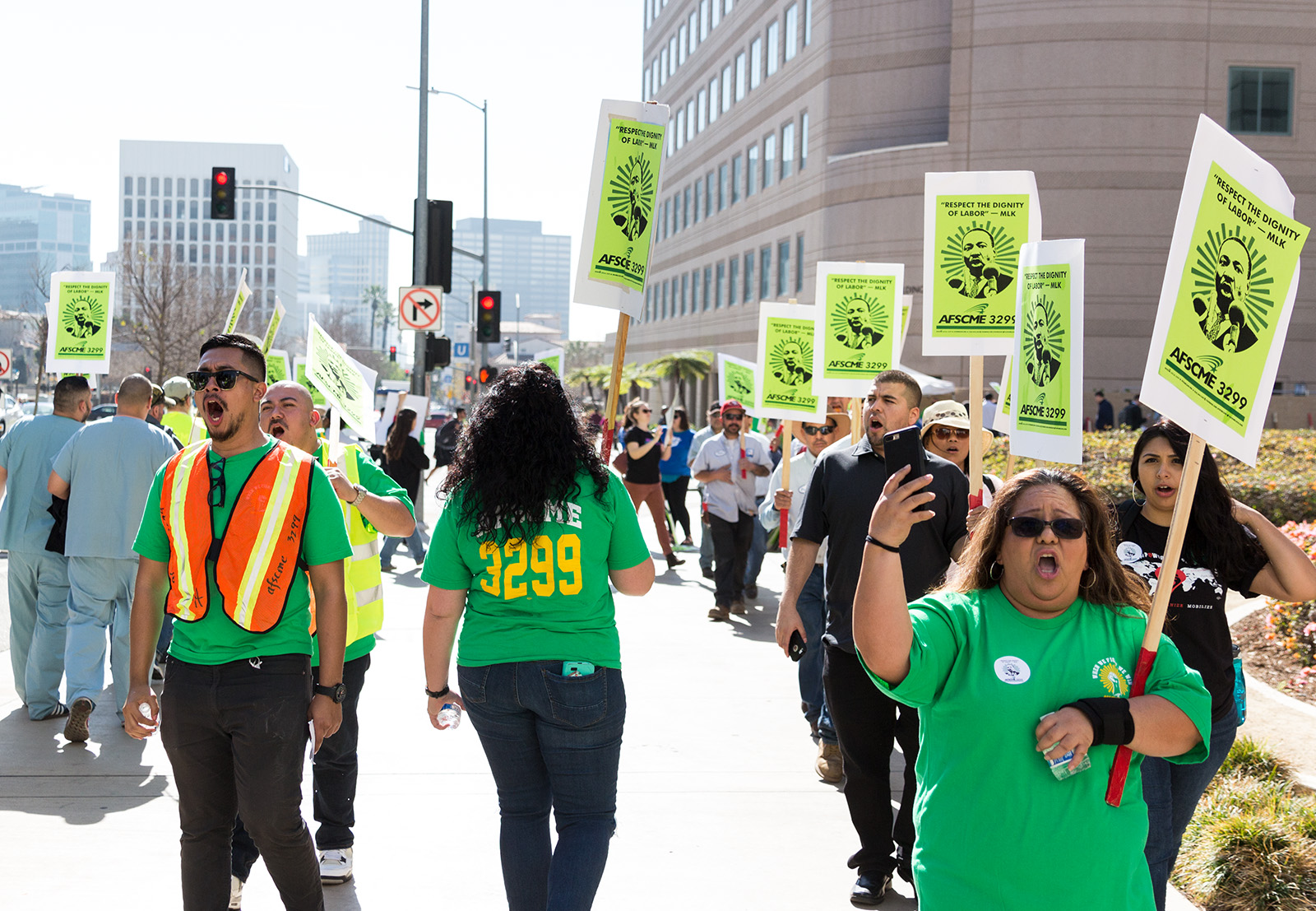 A labor union filed charges Monday against the University of California for allegedly intimidating striking workers.

The charge cites examples including the arrest of David Cole, an African-American UC employee and striker, in February 2018 during a peaceful protest at UC Berkeley. Cole required stitches after being injured during the arrest.

AFSCME Local 3299 held a solidarity strike alongside University Professional and Technical Employees-Communications Workers of America 9119, which represents about 14,000 research and technical workers, March 20 to protest outsourcing and income inequality.

The charge also cites incidents from the March 20 strike, in which University police threatened citations against strikers for peaceful behavior which had not been cited in past strikes, said John de los Angeles, an AFSCME spokesperson.

De los Angeles said AFSCME Local 3299 felt it was necessary to file the charge because the UC’s tactics create an atmosphere of fear for some of the lowest-paid workers at the university.

“Through their intimidation tactics, the University is trampling the ability of workers to voice their concerns,” de los Angeles said.

Claire Doan, a UC Office of the President spokesperson, said in an email statement the UC has not received the charge from the California PERB.

She added that the charge comes after the third strike in a year, all of which have not changed the University’s stance on wage increases.

“They want raises that are nearly triple those given to other UC employees,” Doan said. “We hope AFSCME leaders will channel more time and effort into actual bargaining.”

The union is reviewing further measures to respond to the charge, including a potential strike in protest of UC’s actions, according to the press release.