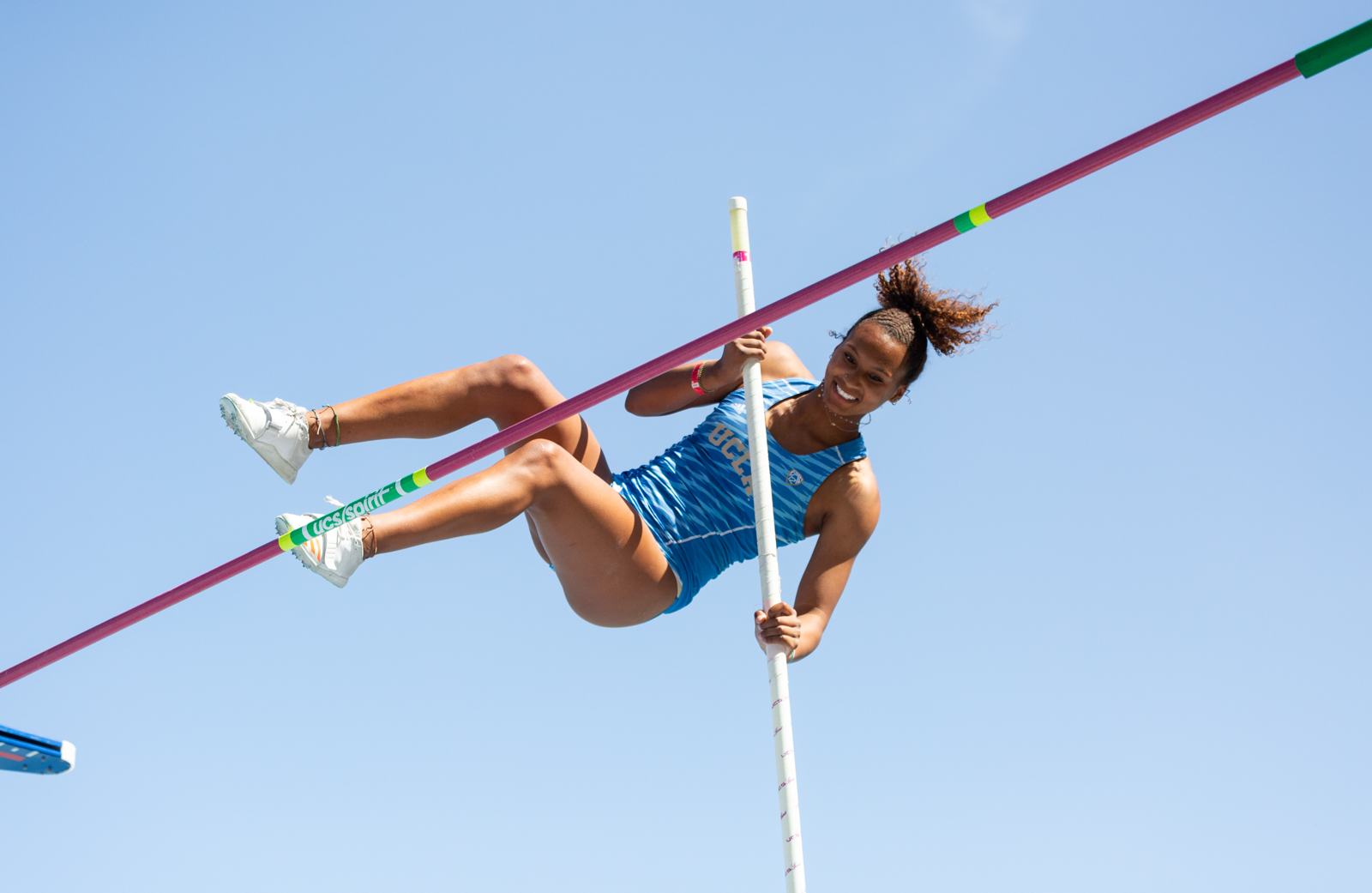 Senior Elleyse Garrett placed first in the pole vault this weekend as the Bruins switched from indoor to outdoor competition. Garrett notably logged a lifetime best of 13-09.25 at the NCAA West Preliminaries in 2017. (Daily Bruin file photo)

The scenery has shifted for the Bruins.

UCLA track and field opened its outdoor season this weekend at the Baldy Castillo Invitational and the Willie Williams Classic in Tempe and Tucson, Arizona, respectively.

“This was a little earlier than our other openers the previous few years, but practice has been going well and both me and (assistant coach John Frazier) thought it would be a good idea to get on the track earlier and see how my body feels,” Litzell said. “I’m happy with my results and performance regarding the conditions; it was a little hard to get my body going, especially after the sun went down, but it was a good experience.”

Last outdoor season, Litzell earned Second-Team All-American honors for the second straight year, as well as being the Pac-12 champion in the javelin throw. Garrett is coming off an indoor season in which she earned five top-five finishes in the women’s pole vault and fell just four inches short of qualifying for the NCAA Indoor Championships.

“I definitely want to break the 4.35-meter mark; if I do that, I think I’ll be No. 3 all-time on (UCLA’s outdoor top-10 list),” Garrett said. “I’m really looking forward to competing with our entire team on our home track. You really come together because you’re on your home track – everybody enjoys themselves because the weather is nice.”

Stone, who transferred to UCLA from Oregon at the start of the academic year, broke the 47-second barrier for the first time as a Bruin at the Willie Williams Classic and came within 0.37 seconds of a personal record, recording a time of 46.74 seconds.

“I’m happy with my performance this weekend, especially considering the rough indoor season I had; to be able to come out first meet and get a win in the 4×400 is definitely momentum going into outdoor season,” Stone said. “I want to help get UCLA track and field back on the map. The school has been very good to me since I’ve been here, so I would love to help bring that tradition back.”

The Bruins will compete next at the Aztec Invitational on March 22 in San Diego.