Fire hydrant breaks next to Anderson School of Management 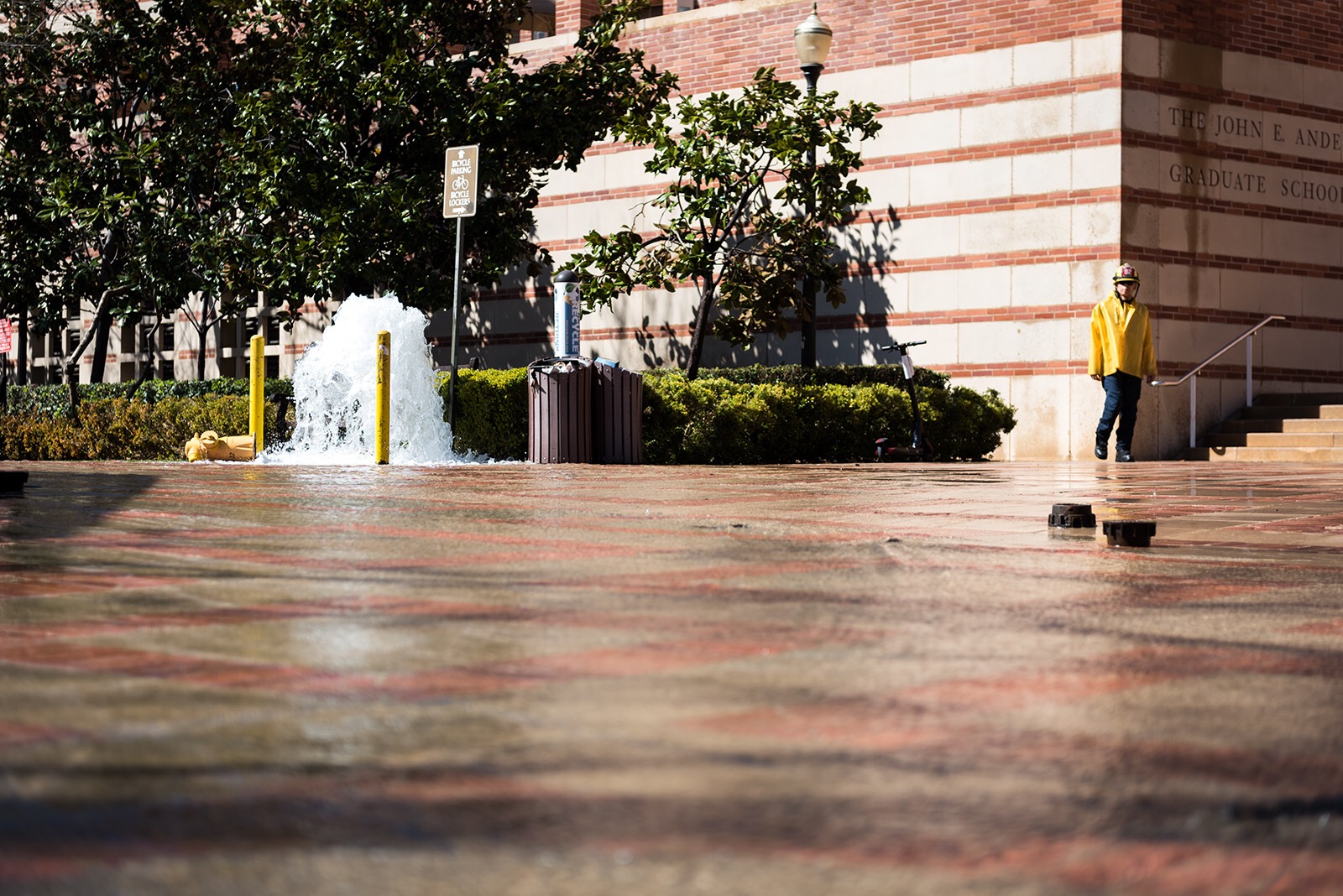 A fire hydrant broke near the Anderson School of Management on Saturday. (Liz Ketcham/Assistant Photo editor)

By David Gray and Grace Ye

A fire hydrant broke Saturday afternoon near the UCLA Anderson School of Management, launching water high into the air.

Los Angeles Fire Department captain Brian Wall said LAFD responded to the hydrant breakage at 2:23 p.m. but did not have more information beyond that.

Anthony Rasca, a fourth-year aerospace engineering student, was grabbing lunch with a friend when he heard the sound of water rushing.

“We were just getting some food and we thought we heard a water slide and we saw this,” he said. “At least it happened on a hot day.”

Zainab Qadir, a second-year psychobiology student, said she was able to see the column of water from the Hill.

“I was actually eating at (Bruin Plate) and I saw it through the window,” she said. “At first I just thought it was a fountain … but then I saw that it was as tall as the buildings.”