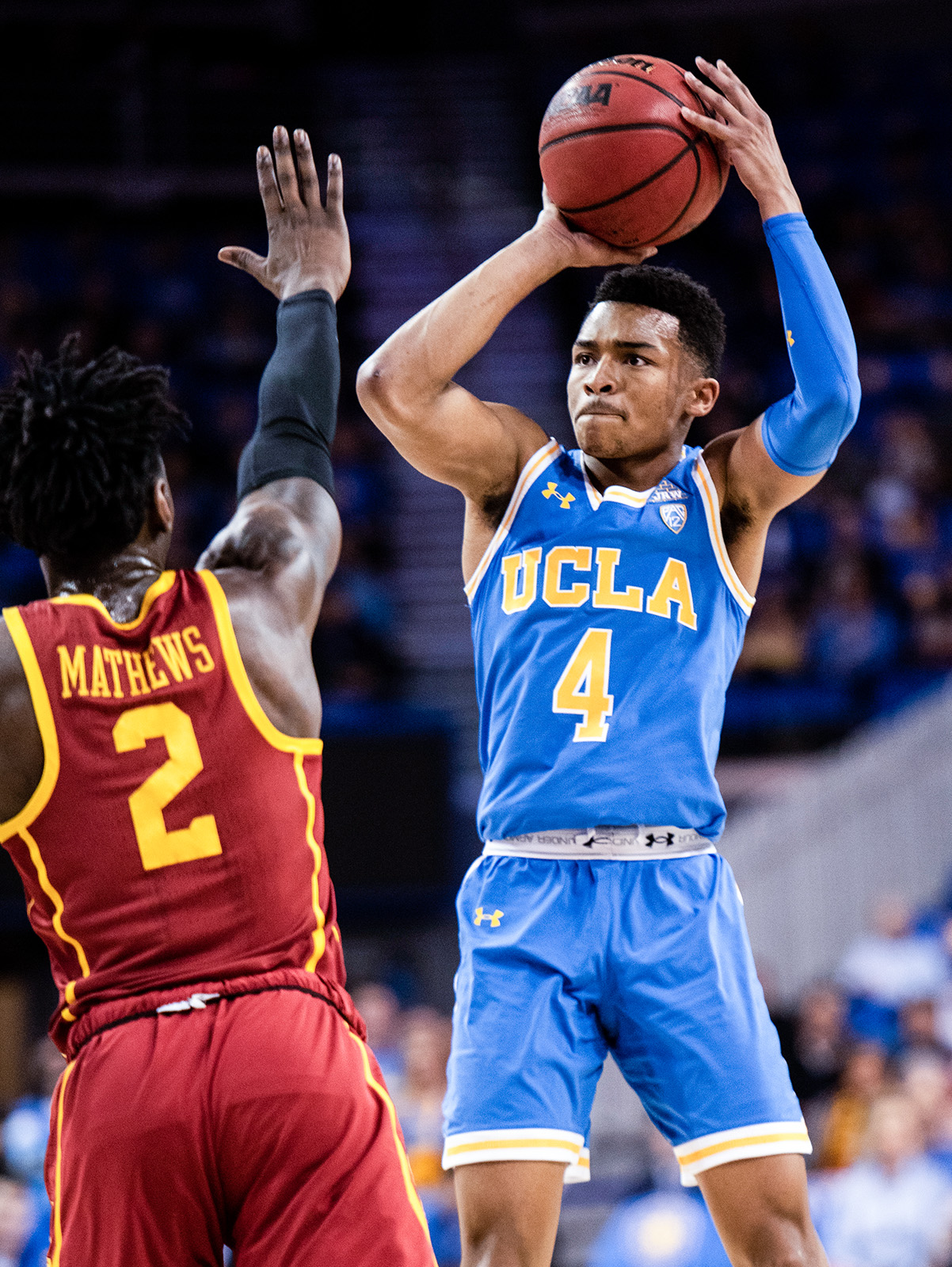 UCLA men’s basketball sophomore guard Jaylen Hands said the Bruins will have to avoid falling behind early if they want to keep their season alive at the Pac-12 tournament. UCLA will face Stanford in the first round on Wednesday night. (Michael Zshornack/Daily Bruin senior staff)

With all its distractions and bright lights seducing people around the clock, Las Vegas is an apt destination to determine UCLA men’s basketball’s postseason fate.

“We haven’t concentrated well at times early in games,” said interim coach Murry Bartow. “It’s just early in games at times we have not made good plays, and maybe our focus is a little bit off.”

UCLA has trailed at the under-16 minute media timeout in the first half in about 10 of its Pac-12 games. In the Bruins’ last four games, their opponents have outscored them by an average of seven points in a little more than four minutes and 11 seconds of play.

In all four of those games, Bartow’s squad at one point trailed by double digits.

While UCLA has overcome early deficits this season, the possibility of advancing through the Pac-12 tournament bracket while doing so would be the basketball equivalent of a death-defying act.

To win the conference’s automatic bid to the NCAA tournament, the Bruins will have to win four games in consecutive days.

They only have one four-game winning streak this year, and that was at home against Purdue Fort Wayne, Long Beach State, Saint Francis and Presbyterian to kick off the season.

“(Avoiding slow starts) is very important,” said sophomore guard Jaylen Hands. “It puts us behind, and we have to play better in the second half. So if we can stay in the game (in the first half), we normally come out as a better second-half team.”

Stanford guard Daejon Davis missed the first contest against UCLA with an injury and did not play in the Cardinal’s latest two games overall. He is the team’s third-leading scorer and leading assist man, and he recorded a 12-point, 11-assist double-double against UCLA in February.

“Davis, we have to slow him down,” said freshman guard Jules Bernard. “If he’s going, then the rest of the team will get going, so we have to stop him first.”

Bernard also highlighted the importance of closing out on 3-point shooters, whether the Bruins play more man defense or zone defense.

But for Hands, the scouting report is superseded by sports’ quintessential and time-tested ultimatum – win or go home.

“It doesn’t really matter at this point – we just have to win,” Hands said. “So I feel good about playing anyone. Play ‘em, win and go to the next game, that’s what I’m thinking. … Win. Just win.”