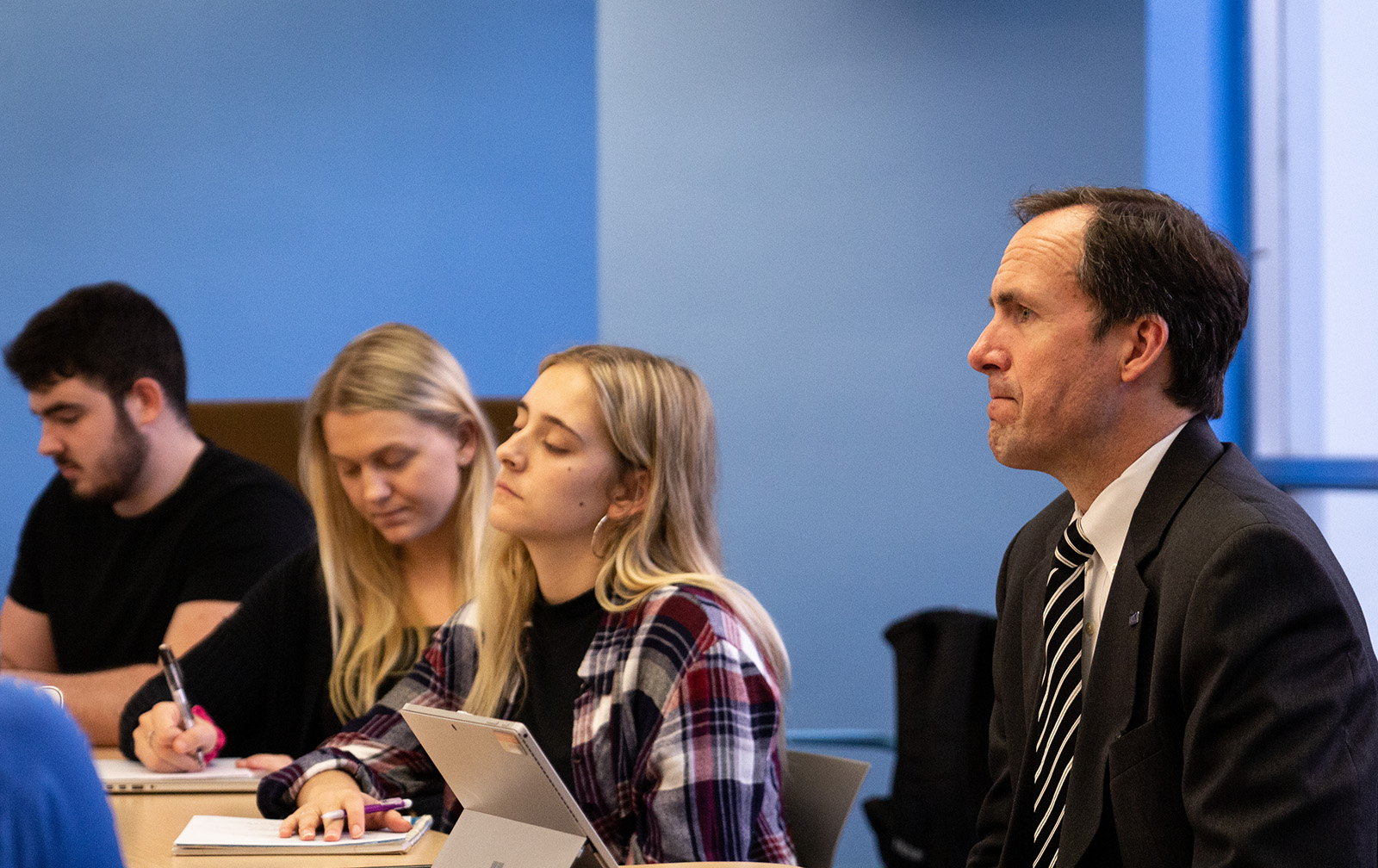 Students met with representatives from the UCLA administration and UCPD to discuss students’ concerns of increased surveillance on campus.

Policy 133 aims to centralize and standardize the collection of data via video cameras that are already installed across the UCLA campus. It would also give UCPD direct access to these security cameras.

Beck said current regulations do not provide standardized rules for all of the cameras on campus.

“We have probably something between 2,500 and 3,500 cameras on campus that exist today, and there is no governing policy associated with how they can and should be used,” Beck said.

UCPD Lt. Kevin Kilgore said the department currently has access to about 10 of these cameras.

Some students said they were concerned about how the camera policy might be abused in the future. One student specifically asked whether or not the university had plans to add facial recognition software to the current security system.

While the policy does not allow facial recognition software today, Beck said he thinks the university may be interested in adopting such a measure in the future.

“There is a specific interest in being able to do that for people who have a stay-away order or who shouldn’t be on campus for a legitimate reason why they shouldn’t be here,” Beck said. “There is discussion about that, but we decided that needs to be the next chapter.”

Students said they were concerned by what they see as a lack of student input on the policy.

Matthew William Richard, a CSA coordinator and a second-year political science student, said he thinks the administration should involve students more in the decision-making process.

Watson said he thinks the administration is trying to reach out to students by sending representatives to CS meetings, but they could do a better job at reaching out to more students.

“I think that’s a great first step,” Watson said. “Obviously there can always be more outreach to students.”

Beck said the administration plans on being more aggressive in its attempts to reach students before they make decisions about future policies. The administration held a mandatory period for students to comment on the policy, and Beck claims that the policy was also sent to the Associated Students UCLA and Graduate Students Association leadership.

Richard said he thinks it was good to hear Beck talk about the new policy because it helped him to further analyze it.

“I think it was very good to hear Michael Beck speak about the policy because it gives you a new lens into it and how it really centralizes the system,” Richard said.

UCLA plans to implement Policy 133 by December 2020. Any camera which fails to comply with Policy 133 will be turned off at that time.