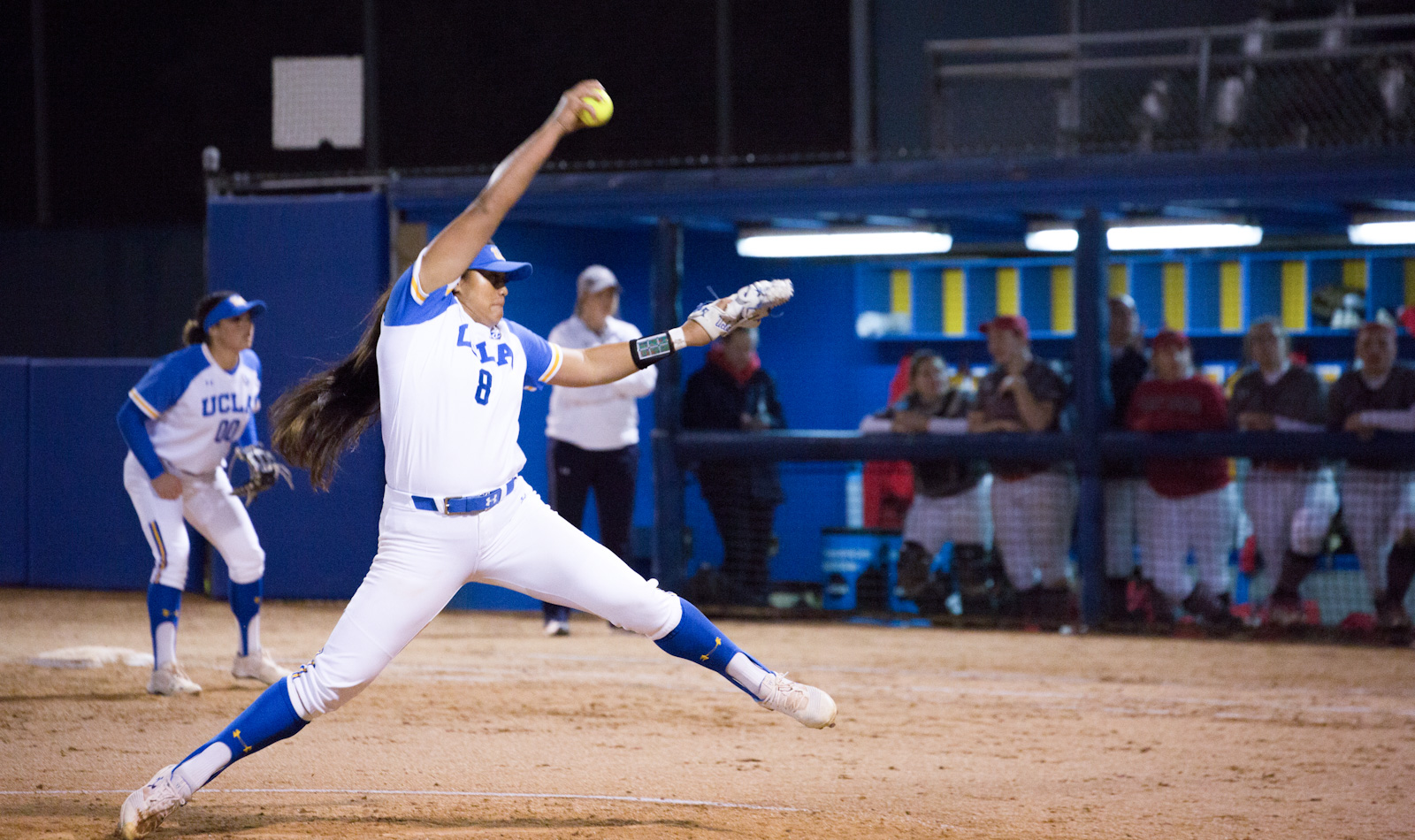 Kelly Inouye-Perez said the Bruins showed off every part of their game on Friday night.

“We’re focusing on all aspects of the game, and our goal is to be able to find consistency in that, and you got to see all of it tonight,” the coach said.

No. 2 UCLA softball (18-1) defeated Robert Morris (3-15) in a mercy-rule victory by a score of 11-0. Freshman pitcher Megan Faraimo took the win, and was just two outs away from a perfect game.

The Bruins got their first run in their first at-bat of the game, as sophomore infielder Briana Perez used her speed to turn a line drive down the first base line into an inside-the-park home run.

“I kind of just had a plan, and it was attacking early in the count,” Perez said. “It just ended up working out for me.”

Faraimo struck out the side in both the first and second inning. UCLA would add two more runs in the bottom of the second, as sophomore utility Kinsley Washington tripled to bring in a run and scored on a subsequent single by freshman utility Kelli Godin.

The Bruins broke the game open in the fourth inning, scoring eight runs and sending 14 players to the plate. The rally would start with singles by freshman catcher Colleen Sullivan and Godin, followed by a hit-by-pitch to put Perez on and load the bases.

Junior outfielder Bubba Nickles then singled to score a run, leaving the bases loaded for redshirt sophomore utility Aaliyah Jordan, who hit a shot to right center field for a grand slam – the first of her career.

Two batters later, senior outfielder Taylor Pack got a home run of her own – a two-run shot that hit the top of the scoreboard. UCLA would add one more run on a double by senior catcher Paige Halstead to make it 11-0.

“It took a little while for us to make the adjustments, but I think the most impressive part is that we did,” Inouye-Perez said. “There are so many times where you’re playing opponents like that where things aren’t going, and teams get frustrated, but this team just flipped it and actually finished playing UCLA softball.”

UCLA finished the night with 12 hits from nine players, as every starter got on base at least once. Perez, Pack and Godin led the team with two hits each.

By the fifth inning, Faraimo had retired every batter she had faced so far. But a double by a Robert Morris pinch hitter broke up the perfect game with one out in the inning. Faraimo would still get the win, retiring the next two batters to secure the mercy-rule victory.

“Big picture is that we won, we got the W,” Faraimo said. “Every time I think, ‘Oh shoot, I’m throwing a perfect game,’ boom, someone gets a hit. I think that was just a lack of focus for that pitch.”

Despite just falling short of perfection, Faraimo still finished the night having given up just the one hit, with no other base runners. She also struck out 12, good for a career-high.

The Bruins will continue play in the UCLA/Long Beach State Invitational on Saturday with games against BYU and Liberty. 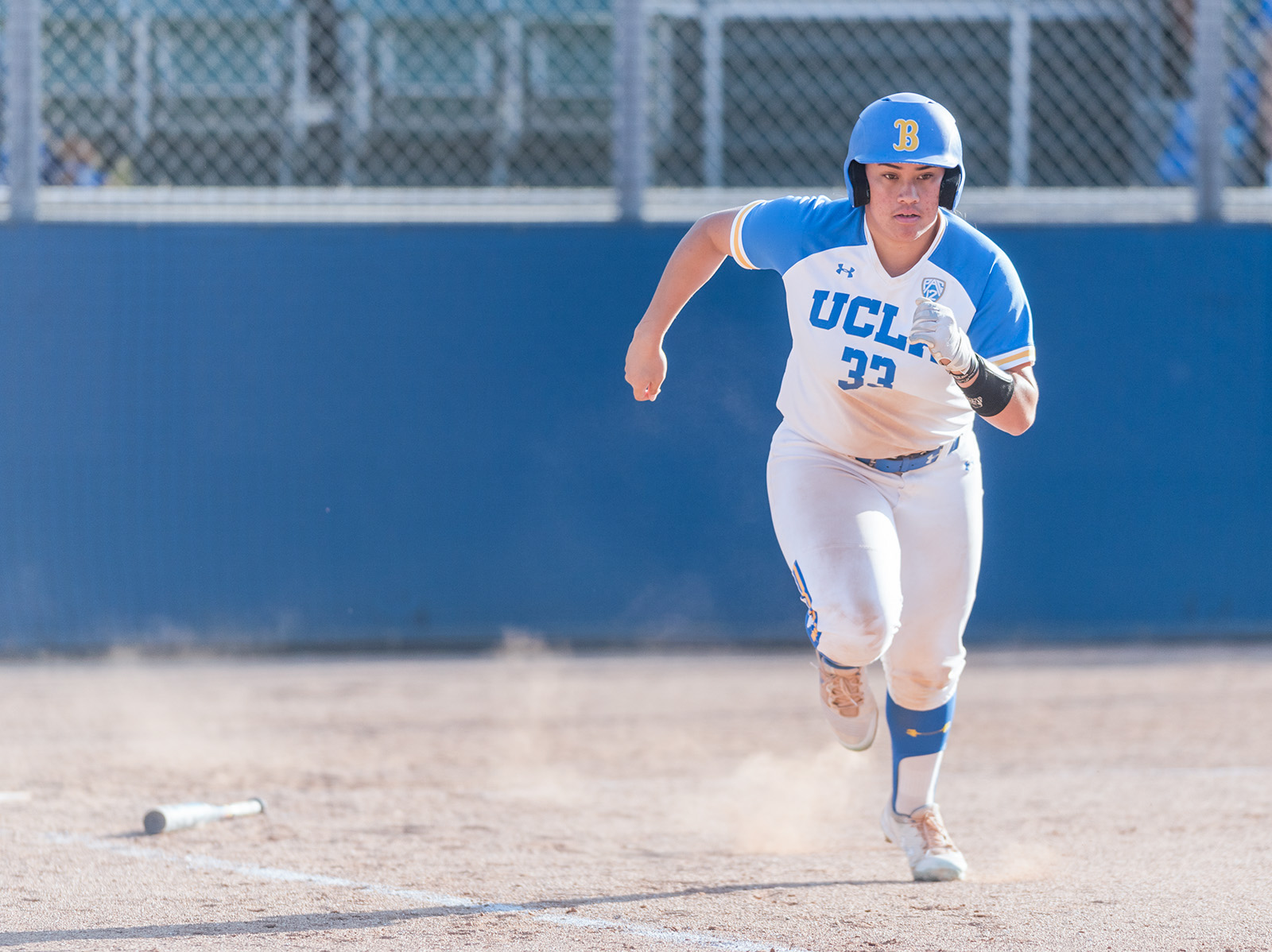 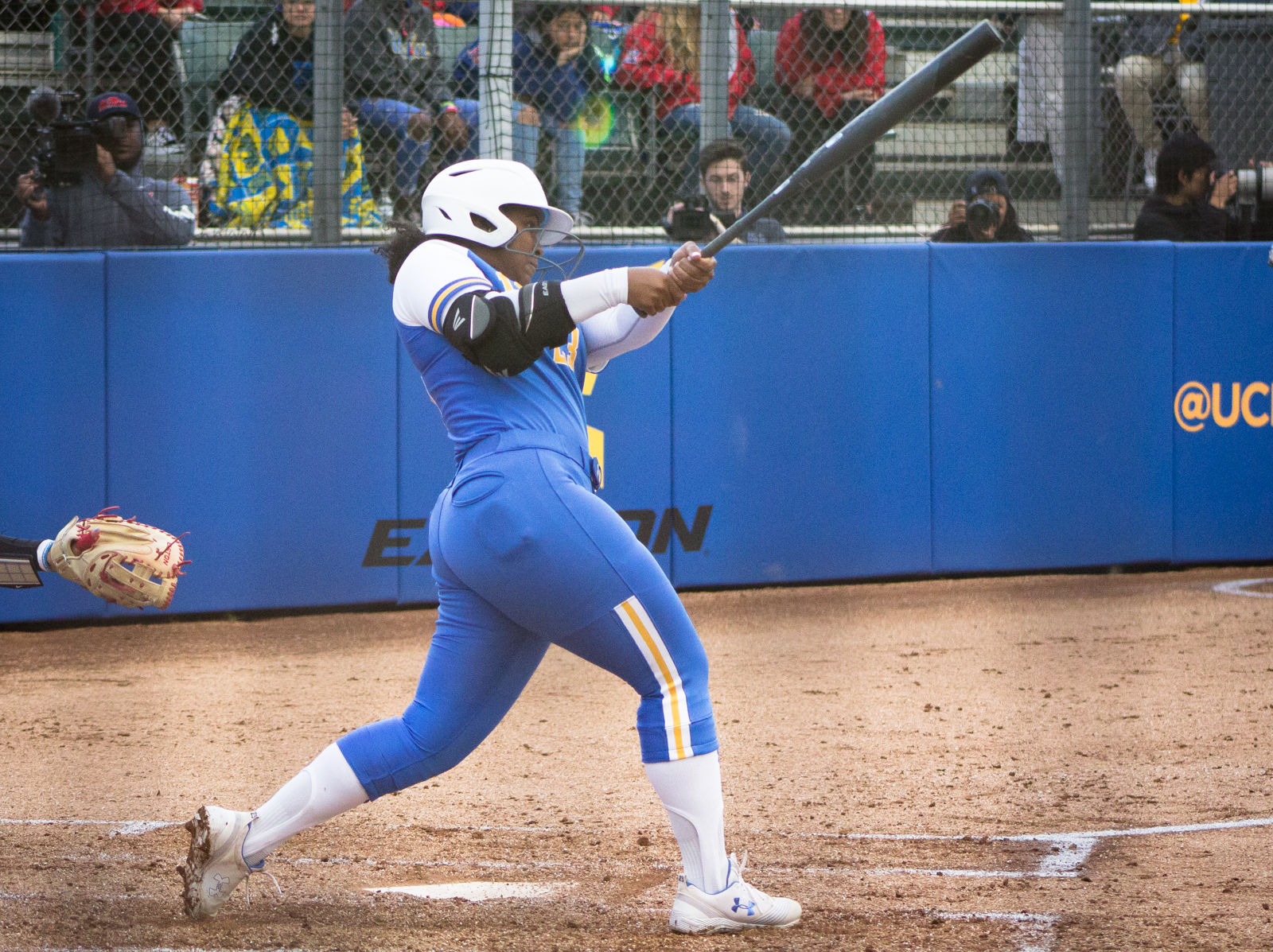 Softball breaks own record for most runs scored in inning, remains undefeated 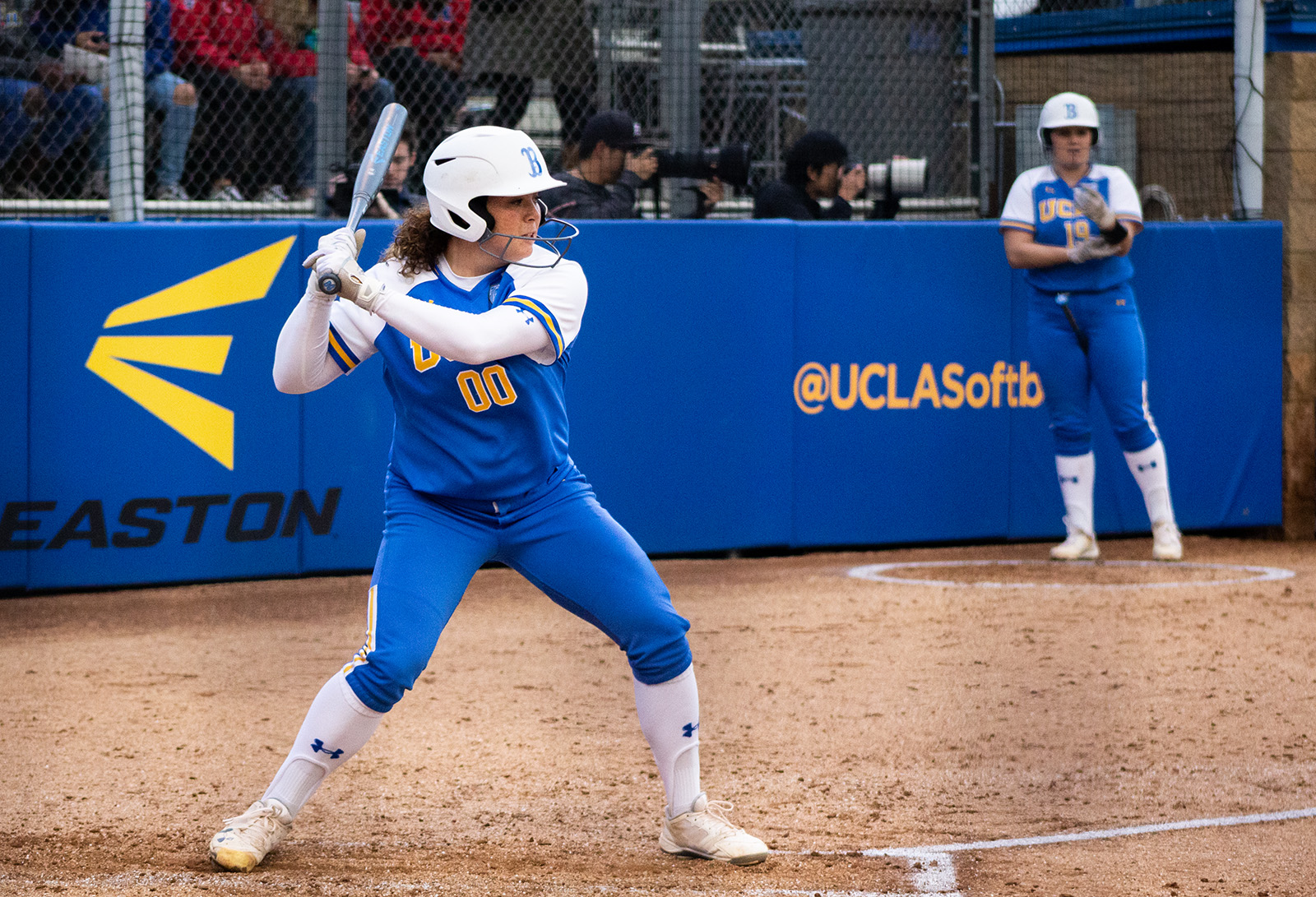 Behind career-best performances, softball blows out No. 3 Florida