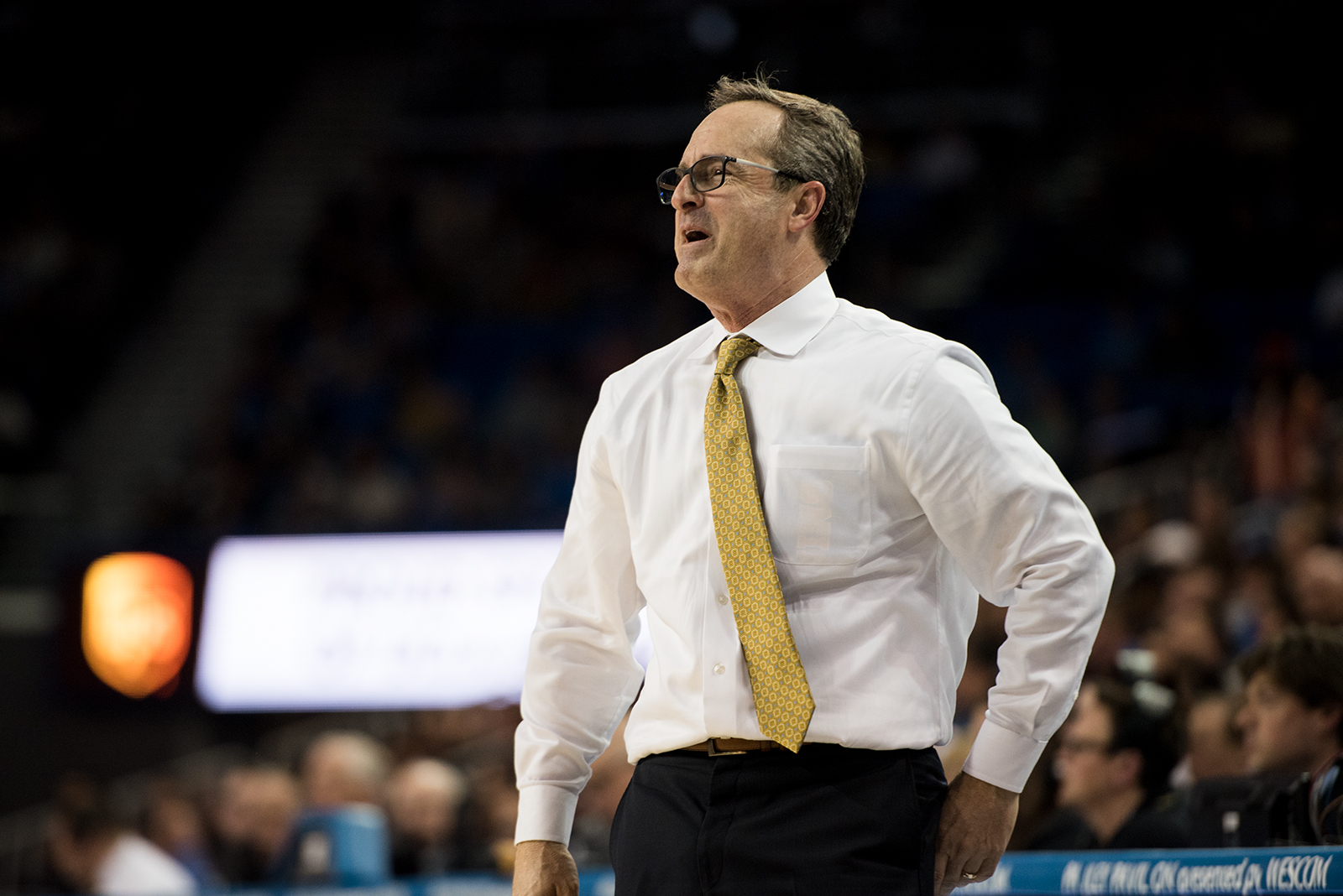 The Bruins have one last road trip to prove they’re worthy of a first-round bye.

Despite UCLA falling to both schools at Pauley Pavilion in February, the Bruins are still in control of their own destiny. A sweep of the two-game road trip would ensure UCLA a first-round bye in the Pac-12 tournament, and sophomore guard Kris Wilkes said the team is well aware of the trip’s postseason implications.

With both Utah and Colorado lurking, UCLA can’t afford to lose both games, and even a single loss could spell doom for their chances at the bye depending on how the teams around them in the standings finish.

And after winning three straight games in front of an amped-up home crowd, sophomore guard Jaylen Hands said it will be key that the team finds a way to recreate that same energy from Pauley out on the road.

The Bruins’ first opponent of the trip – the Buffaloes – have lost two of their last three games, but downed the Utes in their most recent outing. Colorado beat UCLA by 11 back on Feb. 6 behind a 28-point performance by guard Shane Gatling, who nailed seven of his nine attempts from beyond the arc in the contest.

If Gatling and the Buffaloes win again Thursday night, they will not only be tied in the standings with the Bruins, but will also own the tiebreaker over UCLA. However, a loss for Colorado would likely eliminate it from being able to clinch a top-four seed.

Utah on the other hand, will face USC Thursday night. If both the Utes and Bruins win their respective games, Saturday’s matchup between UCLA and Utah in Salt Lake City could determine who claims the final bye.

Utah beat UCLA on a buzzer-beating 3-pointer by guard Parker Van Dyke on Feb. 9, which means the Utes would also own the tiebreaker over the Bruins should they win again.

But regardless of where UCLA ends up in the standings following Saturday’s game, interim coach Murry Bartow said the Bruins are confident with their momentum heading into the postseason.

“We have made some progress, I think we’re a better team right now than we were five or six weeks ago,” Bartow said. “I think the guys feel good, I think they like how we’re playing, what we’re trying to do. And it’s obvious, but when you win, it’s going to build confidence.”

UCLA and Colorado will tip-off at 6 p.m. in Boulder, Colorado, on Thursday.