Buffaloes stampede past Bruins, bypass them in Pac-12 standings 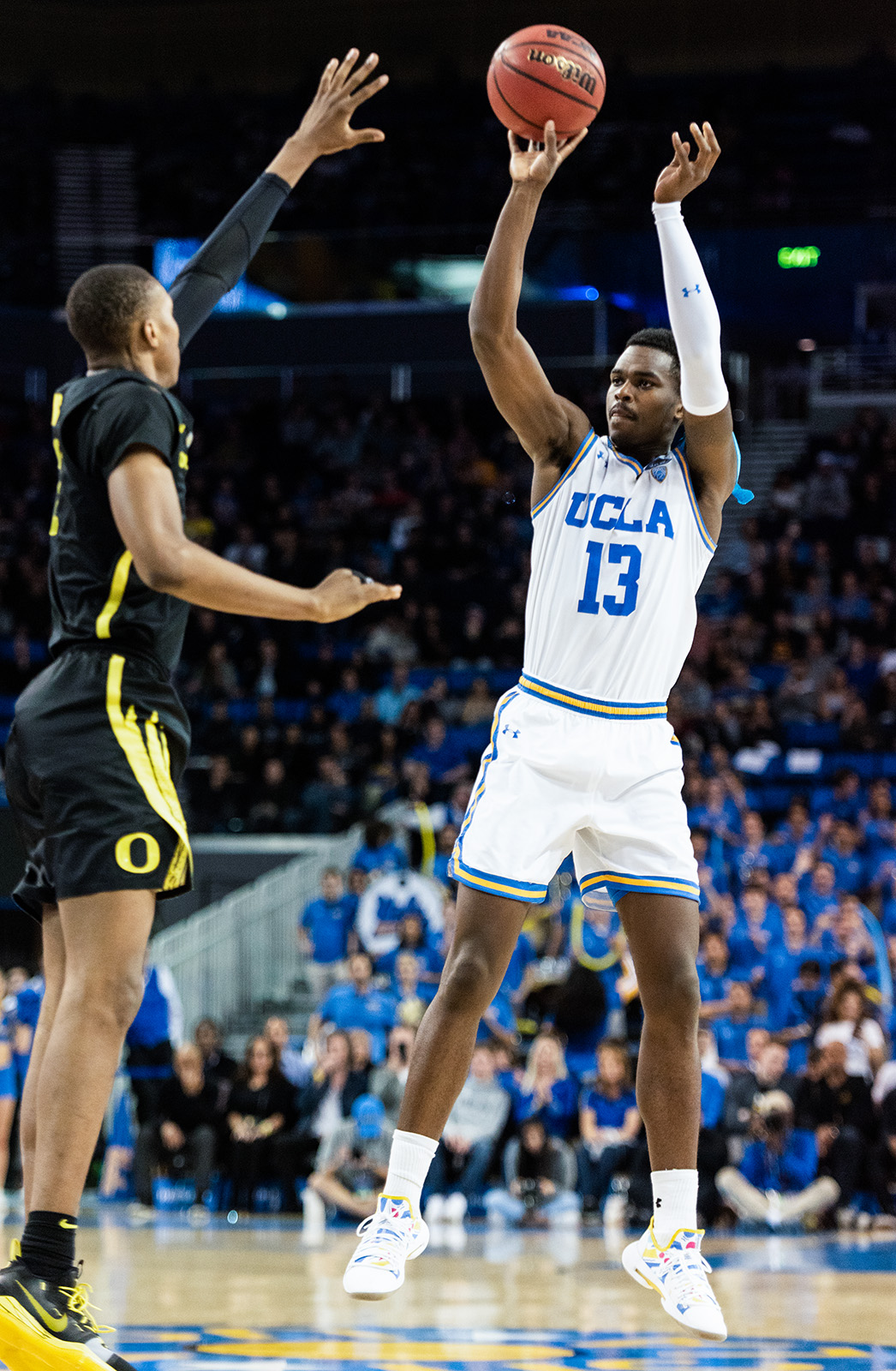 Sophomore guard Kris Wilkes led UCLA men’s basketball in scoring with 19 points in the Bruins’ loss to Colorado on Thursday night. The loss was UCLA’s second to Colorado in as many months. (Michael Zshornack/Daily Bruin senior staff)

The Bruins failed to take advantage of a golden opportunity.

UCLA began the night in control of the No. 3 seed in the Pac-12 – good for a first-round bye in the conference tournament – but the loss to Colorado not only allowed the Buffaloes to leapfrog the Bruins in the standings, it also knocked UCLA out of the top four.

The Bruins also entered the night with the highest scoring offense in the conference, but struggled to get much of anything going on the offensive end. Outside of sophomore guards Jaylen Hands and Kris Wilkes, who combined for 37 points, the rest of the Bruins were only able to score 31 points on 33.3 percent shooting.

Colorado, on the other hand, got significant contributions from multiple players, including guards Shane Gatling and Tyler Bey. The pair finished with a combined 53 points on 20-of-33 shooting despite Gatling missing six of his eight attempts from beyond the arc.

With the win, the Buffaloes now own control of the tiebreaker with the Bruins, meaning they would get the higher seeding in the event both teams finish with identical conference records.

UCLA will tip-off its season finale with Utah at 4 p.m. in Salt Lake City on Saturday.