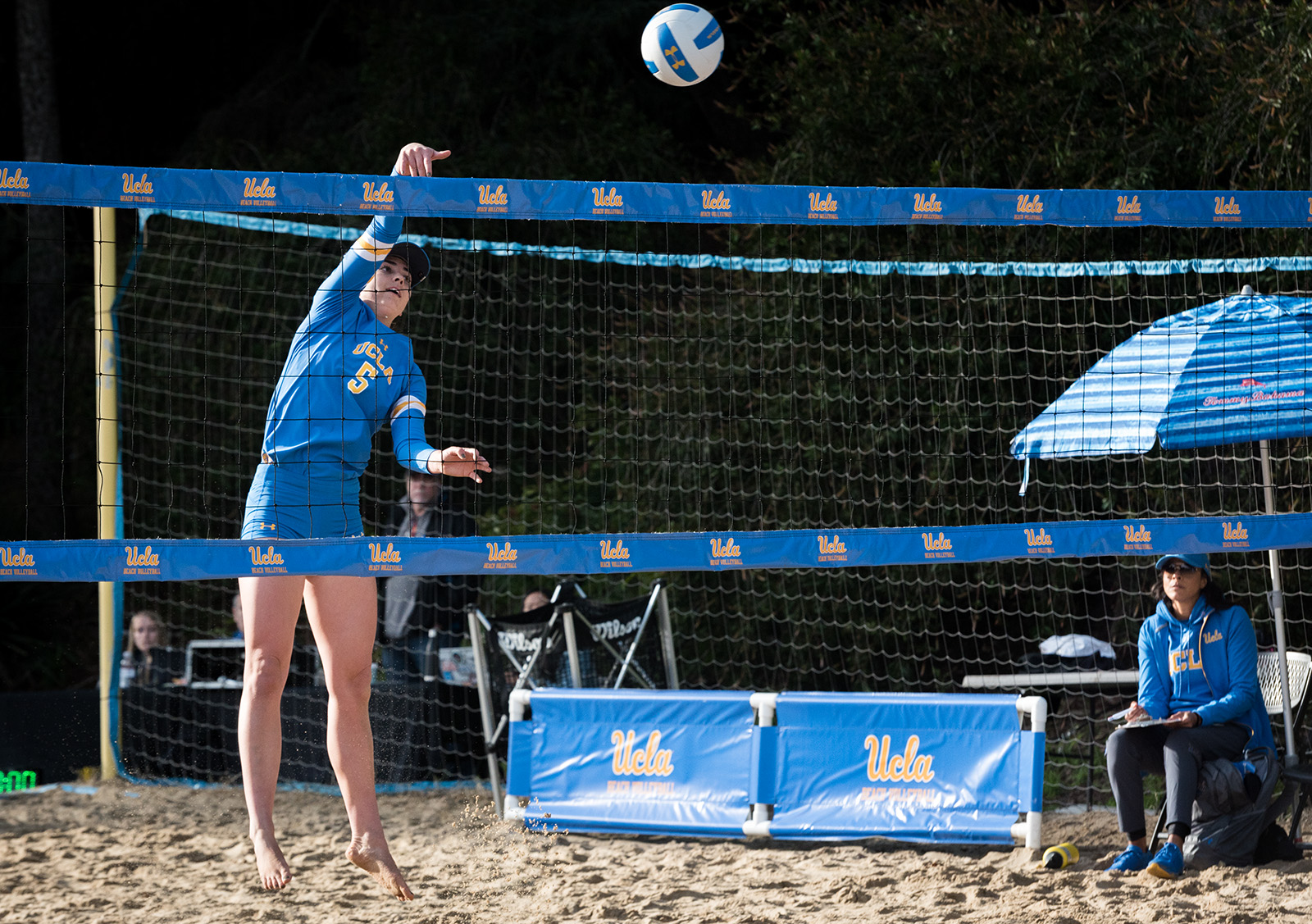 Senior Zana Muno and her partner freshman Abby Van Winkle are 8-0 on the season. Muno said the chemistry is already developing and that the duo has been focusing on controlled passing. (Anirudh Keni/Daily Bruin)

The Bruins handed the Waves their only loss of the season last week in Hawaii – but they will face them again Wednesday.

No. 1 UCLA beach volleyball (9-0) will face No. 3 Pepperdine (6-1) for the second time this season. This time, the match will take place on the Waves’ home court in Malibu – where Pepperdine is 3-0 this year.

The matchup will mark the Bruins’ fifth match against a top-five team just three weeks into the season.

“Fortunately, we feel very confident in our style of play, which emphasizes speed,” said coach Stein Metzger. “We’re the shortest of the top five teams, but we’re the fastest.”

The Bruins have dropped just three sets all season – all of which have been to top-five teams.

But freshman Lindsey Sparks said there is an advantage in playing Pepperdine for a second time.

“After getting to watch (the first match), I have a different perspective on the Pepperdine team so I’m excited to move around their defense,” Sparks said. “They play a different defense than us and it’s exciting to go into the match knowing what type of defense they play.”

Junior Savvy Simo and sophomore Mac May on court four were the only UCLA pair to fall to Pepperdine in the first matchup, but seniors Nicole and Megan McNamara dropped their first set to the Waves on court one.

The other three Bruin duos won in straight sets.

Muno said she is confident in their partnership – which now boasts an 8-0 record – as long as they focus on their passing.

“If we can just control our side and not get too worried about doing too much – just doing the pass set and the simple things – then we are going to be pretty unstoppable,” Muno said. “It’s just continuing to work on the first two contacts of every play.”

The Bruins have had a two-day turnaround since returning from Tucson, Arizona, where they ran a perfect 3-0 record – but UCLA is just 5-6 against Pepperdine since their first meeting in 2013.

Muno said competing against her teammates in practice is the best preparation for any team.

“I think it’s really awesome that we can compete against each other every day in practice because we’re one of the best teams in the country,” Muno said. “In practice we’re playing against the hardest competition that we face all year.”

The Bruins will have the opportunity to extend their undefeated streak Wednesday at 12 p.m. 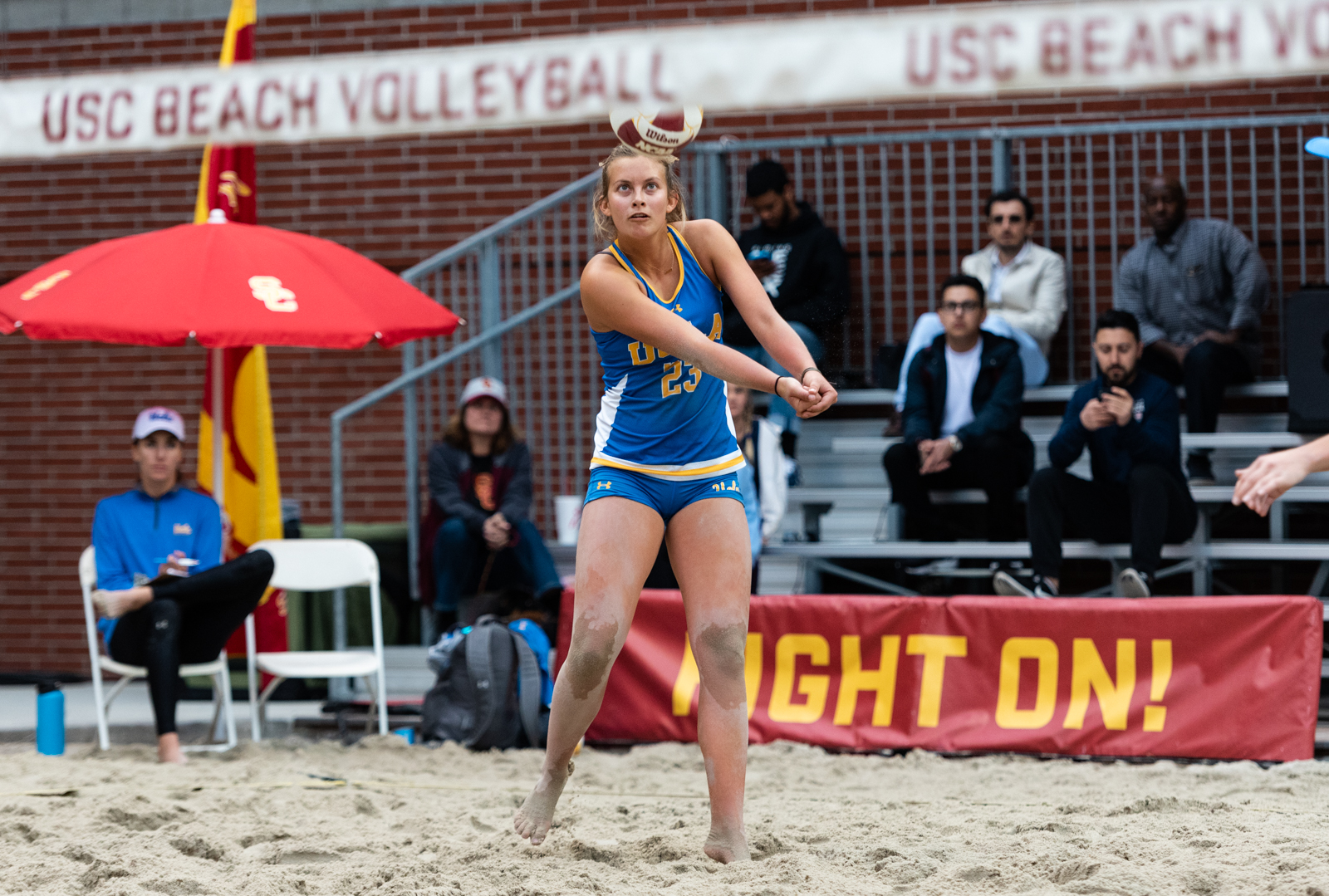