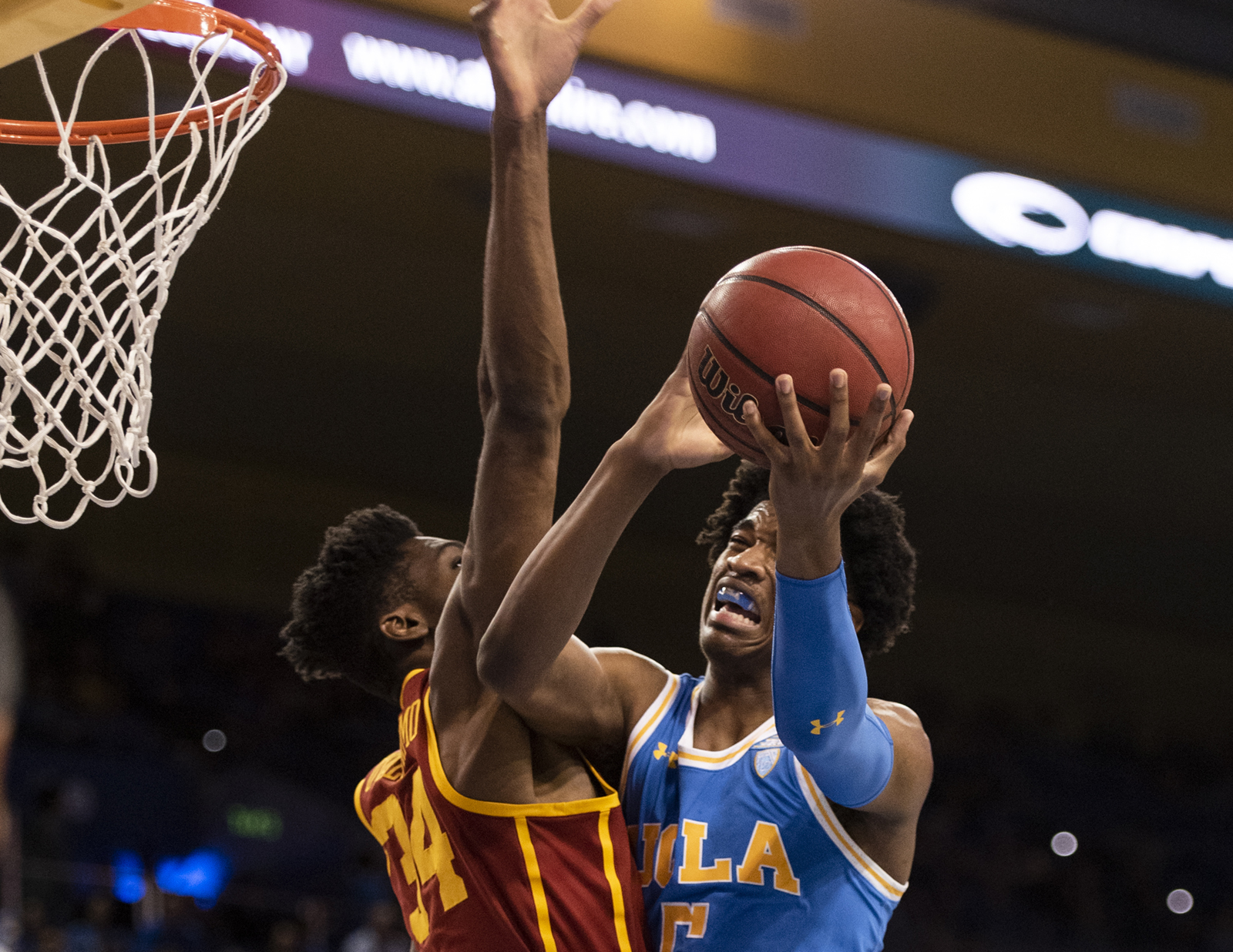 Sophomore guard Chris Smith is averaging 6.4 points and 4.0 rebounds per game so far this season. UCLA men’s basketball will wrap up its regular season this week against Colorado and Utah on the road. (Michael Zshornack/Daily Bruin senior staff)

With a good week, UCLA men’s basketball could climb as high as the No. 3 seed for next week’s Pac-12 tournament.

With a bad week, the Bruins are looking at the dreaded four-games-in-four-nights draw starting March 13 in Las Vegas.

But to obtain the path of least resistance toward the conference’s automatic NCAA tournament bid, UCLA (16-13, 9-7 Pac-12) will have to cover more than just the point spreads this week against Utah and Colorado – the Bruins will also have to defend the 3-point line.

Although the Bruins are outshooting their opponents 35.2 percent to 34.4 percent on 3-pointers, the shot volume is tilted against UCLA by 155 attempts.

The Bruins’ opposition has taken at least 30 shots from behind the arc nine times this season, while Bartow’s team has only surpassed that mark once this season – in Thursday’s overtime win against USC.

Therefore, UCLA has made 48 fewer 3-pointers than its opponents this season, giving up an average margin of 4.97 points per game from beyond the arc.

Zone defenses have a reputation of allowing 3-pointers from offenses that are stuck on the perimeter, but in the Bruins’ case, sophomore guard Jaylen Hands said penetration into their zone leads to open shots for the opposing offenses.

“When the man in the zone gets the ball in the middle, you got to read where he’s going better,” Hands said. “You’ve got to get (to the perimeter) in time. If they’re shooting, you want to get up and contest. If they drive, you want to be on your feet and cut off their driving lanes.”

None of the Bruins’ strategies worked very well the last time against the Buffaloes and the Utes.

Colorado guard Shane Gatling made seven of his nine 3-point attempts for a season-high 28 points, and Utah guard Parker Van Dyke sank five of his 10 shots from long-range – including the game-winning 30-footer at the buzzer.

Another factor that Gatling and Van Dyke had in common was that both players only attempted one shot from inside the arc.

“We just have to be aware of the shooters, know that we’re struggling a little bit with (giving up) 3s,” Hands said. “(We have to) be more aware of them and chase them off.”

As a team, the Buffaloes are ranked No. 283 in 3-point percentage at 32.4 percent overall, but they shot 54.2 percent against the Bruins last month.

Utah is ranked No. 49 at 37.3 percent but features above-average shooters in Van Dyke at 41.9 percent and guard Sedrick Barefield at 39.5 percent.

At this point of the season, UCLA’s next strategy is just to stick to its zone defense principles.