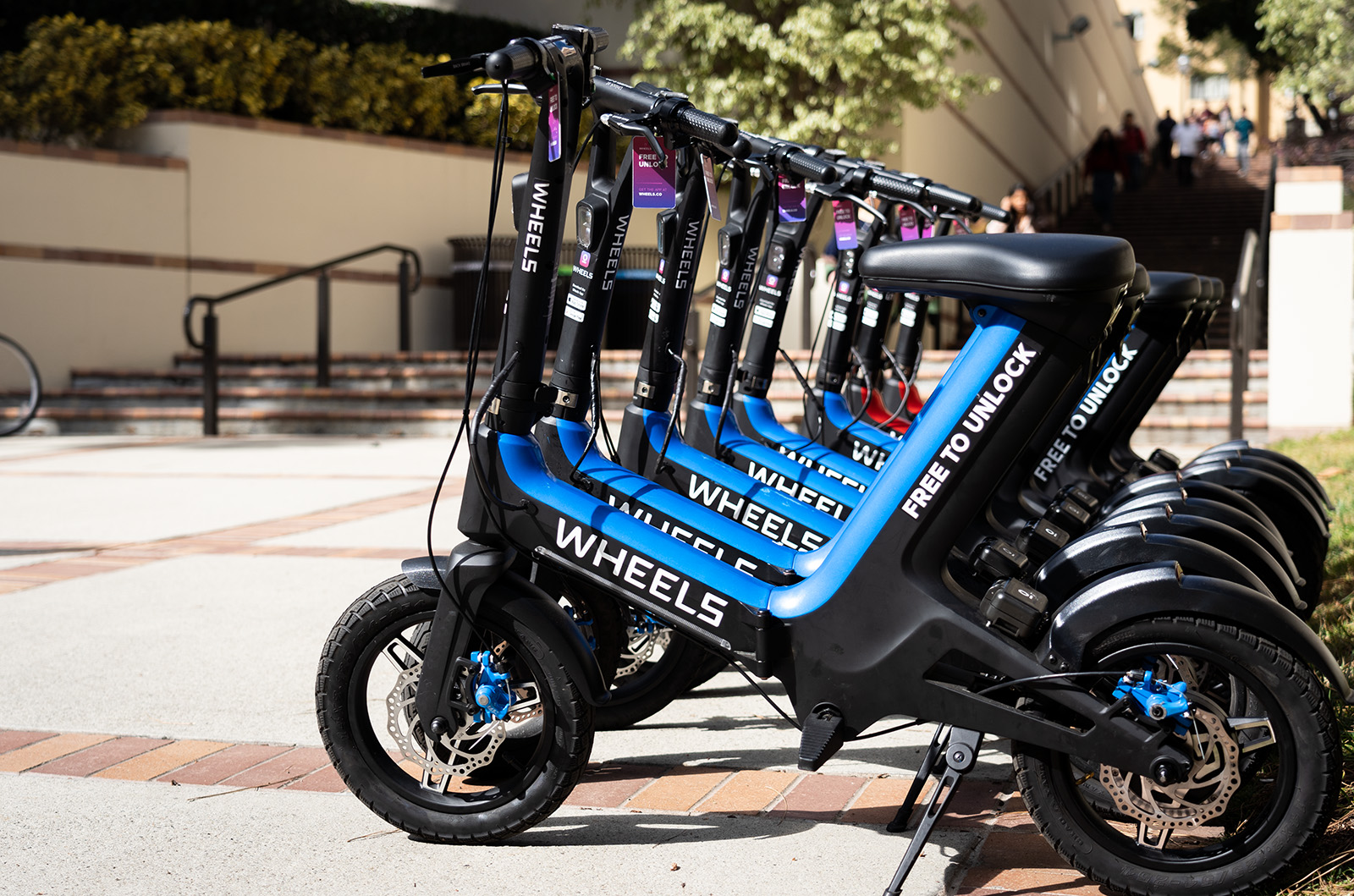 Students can now get around Westwood with electric bicycles.

Wheels electric bicycles allow users to access and ride the vehicles using a mobile application, similar to Lime and Bird electric scooters. The bikes come with a foam seat, 14-inch wheels, integrated Bluetooth speakers and swappable replacement parts, according to the Wheels website.

UCPD Lt. Kevin Kilgore said the bikes are considered electric vehicles and must be used on the far right of the street in order to keep traffic flowing, similarly to electric scooters.

As of Jan. 1, Californians over the age of 18 are no longer required to wear helmets while riding electric scooters due to a law signed by Gov. Jerry Brown last year.

He added UCPD will manage the Wheels bikes and enforce traffic laws like they do with other electric vehicles.

“The rules of the road apply to everyone,” Kilgore said.

The design of the Wheels bikes makes them safer than other electric vehicles, according to the Wheels’ website.

However, Kilgore said he does not think Wheels bikes are necessarily a safer option than scooters.

“I don’t think that one (vehicle) is more dangerous than another,” Kilgore said. “It is going to be a concerted effort by people who are operating them to ensure rules, regulations and laws are followed to mitigate dangerous encounters.”

Kilgore added he thinks students get into accidents with electric vehicles due to many reasons, but do so most often because of improper use.

“I think it’s a variety of things. Sometimes it’s the cause of other vehicles don’t see riders, operators who utilize bikes incorrectly, it could be a pedestrian who didn’t see an operator using bikes illegally and then stepped out right in front of it,” Kilgore said. “There’s a whole array of matters that could play into the reason for these accidents.”

Oliver Hou, a transportation engineering associate for the Los Angeles Department of Transportation, said LADOT plans to manage the bikes with mobility data specification, a system in which mobility providers are required to share real-time data, such as the location of bikes, with LADOT.

Some students said they were curious to try the new electric bikes.

Jenny Chung, a first-year mathematics/economics student, sprained her ankle in a electric scooter accident in February. Chung said she is unlikely to ride an electric scooter again, but was open to the idea of using Wheels bikes.

“It seems safer – bikes in general are just safer and have more control than scooters in my experience,” Chung said.

“It’s a weird, interesting market and I’d like to try all of them, especially the ones that seem more unique, to get a firsthand glimpse at new transportation technology,” Gardner said.

Gardner added he was not sure if the bikes were more safe, but was interested in trying them.

“I don’t know, I’d have to try them,” Gardner said. “I know they have Bluetooth speakers so they’ll be more lit.”