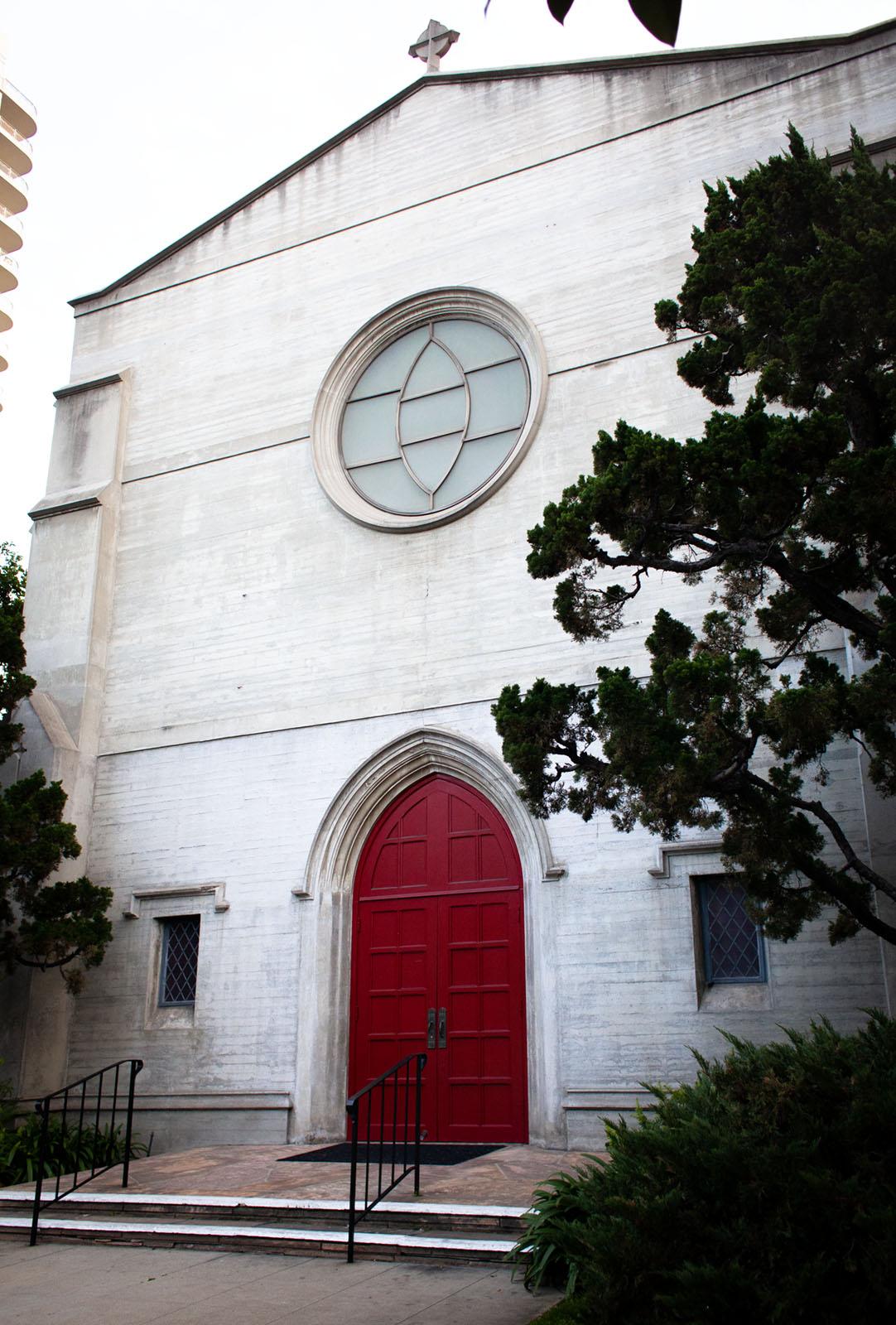 A Westwood church partnered with a senior housing developer to build a senior living center on Wilshire Boulevard, a proposed project that has been met with mixed reactions regarding its height.

The proposed senior living center will be on Wilshire Boulevard in the current lot adjacent to the Westwood Presbyterian Church. The project is planned to be 11 stories on the north end of the building and 12 stories on the south end because of the unevenness of the land’s elevation.

Plans for the proposed project were filed with the Los Angeles Department of City Planning on June 14 and have been met with support and opposition from the Westwood community.

The Rev. Dr. Lynn Cheyney, Westwood Presbyterian Church pastor, said the church decided to partner with Belmont Village, an assisted living housing developer, because they specialize in developing and operating senior living facilities. Cheyney said she felt the church and Belmont, which has its own senior living community in Westwood, share a common mission to provide care to the elderly.

“We felt it would be a tremendous gift to give families in our community who don’t have places to house their elderly family members,” Cheyney said. “We felt this was the best possible gift we could give the community.”

Patricia Will, Belmont CEO, said she looks forward to building the project in collaboration with the church. Will added the project has received support from a number of neighborhood groups.

“Every place we’ve been so far has voted overwhelmingly to support the project,” Will said. “We feel the community supports (the project).”

The WWNC voted Sept. 12 to support the project if the developers agreed to conditions such as providing a community-accessible meeting room, like the meeting room at the Belmont Village Senior Living of Westwood, where WWNC general board meetings have been scheduled since September.

The WWNC board voted in support of the project by a vote of 10-1, with three abstentions. The sole dissenting vote was Mark Rogo, who is also a member of Westwood Neighbors for Sensible Growth, a community-based coalition opposed to the proposed project.

Rogo said he thought it was uncharacteristic of the council to support a development project in the area.

“This has been a neighborhood council that has historically been against any growth or development, and here is their one exception to the rule all of a sudden,” Rogo said.

Rogo added he thinks the project could lower the property values of housing in the area such as The Californian, an apartment complex adjacent to the proposed project, because it violates the Wilshire-Westwood Scenic Corridor Specific Plan, the master planning document that outlines zoning regulations.

“Anything above and beyond (the Specific Plan limitations) is to the detriment of the homeowners, and certainly to the residents of The Californian who are going to be stuck with this decision, and they’re going to see their property values decimated,” Rogo said.

Kay Waldman, president of Westwood Neighbors for Sensible Growth, said she is concerned about this project because it violates the Specific Plan. Waldman added she thinks neighboring residents are concerned about the precedent the project may set for future development in the neighborhood.

“If this were to go through as they proposed, I think it would be devastating for our neighborhood because of the precedent it sets,” Waldman said. “Because it would be violating the (Specific Plan).”

The Specific Plan states that proposed buildings within its boundaries should not exceed six stories. The proposed project is planned to have 12.

Will said the Specific Plan does not apply to projects that adhere to the criteria established by LA’s Elder Care Ordinance, which outlines application processes for elder care facilities.

She added she is confident the Belmont project will meet the Elder Care Ordinance criteria. Waldman said although the city can assess whether or not the project meets these criteria, she does not think the ordinance necessarily violates the Specific Plan.

Cheyney said the proposed building will replace the parking lot of the current Westwood Presbyterian Church. She added parts of the church structure will have to be torn down for the project.

According to minutes from the WWNC’s September meeting, the preschool and administrative building of the church will have to be torn down and relocated to make room for the new building.

The Belmont, Westwood Presbyterian Church and the Westwood Neighbors for Sensible Growth will continue to lobby in support of their respective causes. Rogo and Waldman said they would support a project that adhered to the Specific Plan’s six-story limit.

Will and Cheyney said they will continue with the development process and are excited about continuing the project.

“We’re ready to go, we want to get this building built because again, I think the need is just huge,” Cheyney said. “So we’re hopeful that we can get at it sooner rather than later.”

Both groups will give presentations to the Holmby Westwood Property Owners Association in early March and the North Westwood Neighborhood Council in early April or May.

The city ultimately will decide whether or not to approve the proposed project after hearing recommendations from neighborhood councils.