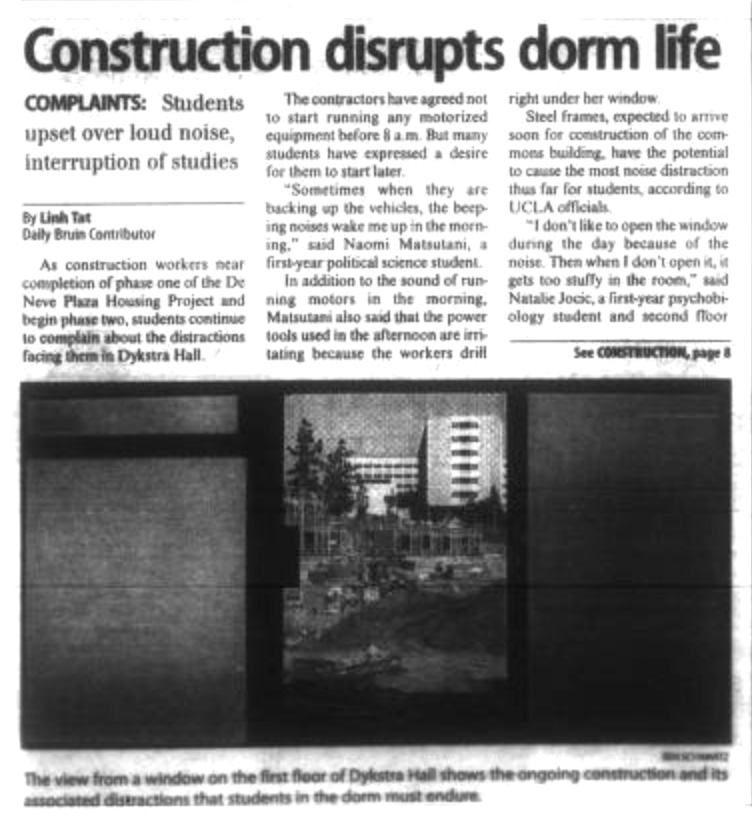 UCLA’s infamous nickname “Under Construction Like Always” remains apropos as the university embarks on yet another project – the Lot 15 Residence Hall.

The Lot 15 Residence Hall complex will be situated in the northwest zone of campus and will be comprised of a residence hall and student commons, as well as a storage space for housing maintenance.

Construction of this sort is also reminiscent of the time when the De Neve Housing Project was underway in March of 1999. Examining the article, we get the sense that regardless of the passage of time, some student experiences remain remarkably similar.

Angela Marciano, special projects manager for housing administration during De Neve’s construction, told The Bruin that the De Neve Housing Project emerged at a time when the need for housing was experiencing an upward trend – one that continues today. Marciano emphasized the timeliness of the 1,260 new beds that would be the product of the project’s completion, but an unfortunately situated high-voltage power line delayed the completion of one of the buildings for 67 days.

Delays of this sort can be unfortunate for many people, and students living near the construction zone are no exception.

Despite current students’ fondness for De Neve – Hello, Late Night – the students living in Dykstra Hall 20 years ago objected to the disruptions associated with its lengthy construction. The students at the time pointed to noise from vehicles in the morning and drills in the afternoon, bright lights and dust invading their rooms as sources of vexation.

“The constant noise has gotten a lot worse now that they’re actually hammering,” said Yumiko Hara, a first-year biology student and resident of Dykstra Hall in 1999. “I usually go to Powell and stay until six, because the construction workers don’t get done until seven.”

The Lot 15 Residence Hall project, in which construction is set to occur between 7 a.m. and 6 p.m. on weekdays, might elicit similar concerns from students living in the vicinity of the construction. This is especially true in the dorms closest to the construction site – Hitch Suites, Saxon Suites, Hedrick and Rieber.

The new residence hall will hold 1,781 beds for first- and second-year undergraduate students. In addition to the dorm rooms, the complex will include a three-story study commons and versatile maker space, a pedestrian bridge, solar thermal panels and views of the greenery outside.

The construction of the residence hall, as well as other construction projects around Westwood, are the manifestations of UCLA Housing’s attempt to provide guaranteed housing for four years to all incoming freshman and for two years to transfers. UCLA has begun work on the Margan, Southwest Campus and 10995 Le Conte Avenue Apartments on top of the construction of the Lot 15 Residence Hall to begin closing the gap between the existing situation and this lofty goal.

These housing projects are a welcome step toward alleviating the student housing shortage. Nonetheless, like most things, construction of this sort is a trade-off. Students living on and around campus, whether in 1999 or 2019, must bear some inconveniences in order for progress to be made.

Naomi Matsutani, then a first-year political science student, said the beeping from the backing up of the construction vehicles sometimes woke her up in the morning. Other students said the floodlights used prevented them from falling asleep in the first place.

Accordingly, UCLA has adopted certain measures to lessen the risk of construction harming student well being.

Blackout curtains were installed on the windows of the most impacted rooms in Dykstra Hall to attempt to alleviate some of the issues the students were facing when De Neve was being built. Today, UCLA has taken measures including providing complimentary earplugs to allay the difficulties resulting from the construction.

Regardless of the compensatory measures taken, construction is by nature a disruption to the state of affairs. However, although there were students in the article who were dissatisfied with the construction, there were others who had adjusted to it – they had accepted it as the way of life.

“People have gotten used to it by now because we started the year out this way,” said Diana Canseco, a first-year psychology student in 1999. “We came into this situation with the construction already going on, so it’s to be expected.”

The completed De Neve housing complex is the physical manifestation of the light at the end of the tunnel that is construction; it serves to remind us that all of construction’s inconveniences are temporary. There’s only one thing left for current students to do – grin and bear it. 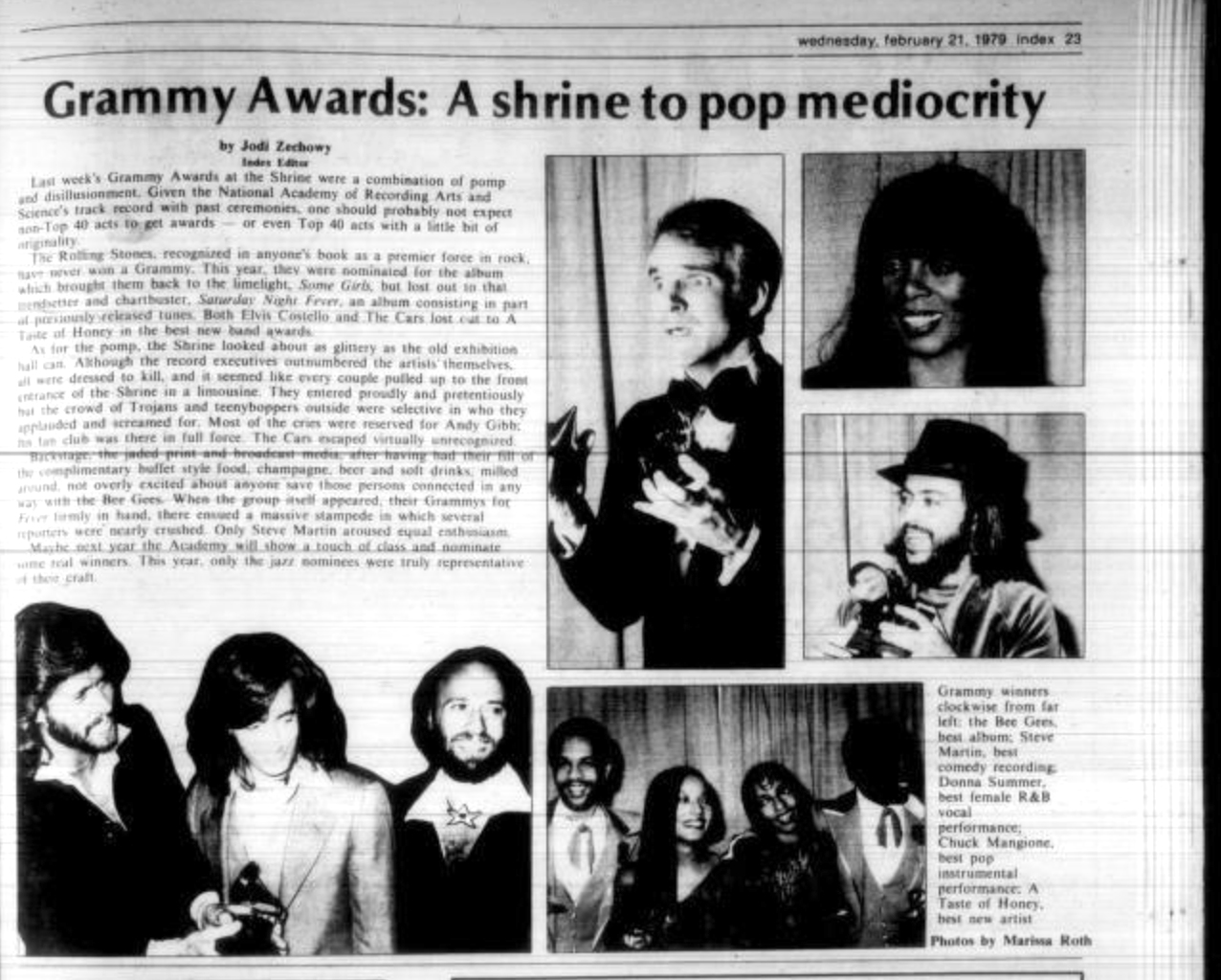