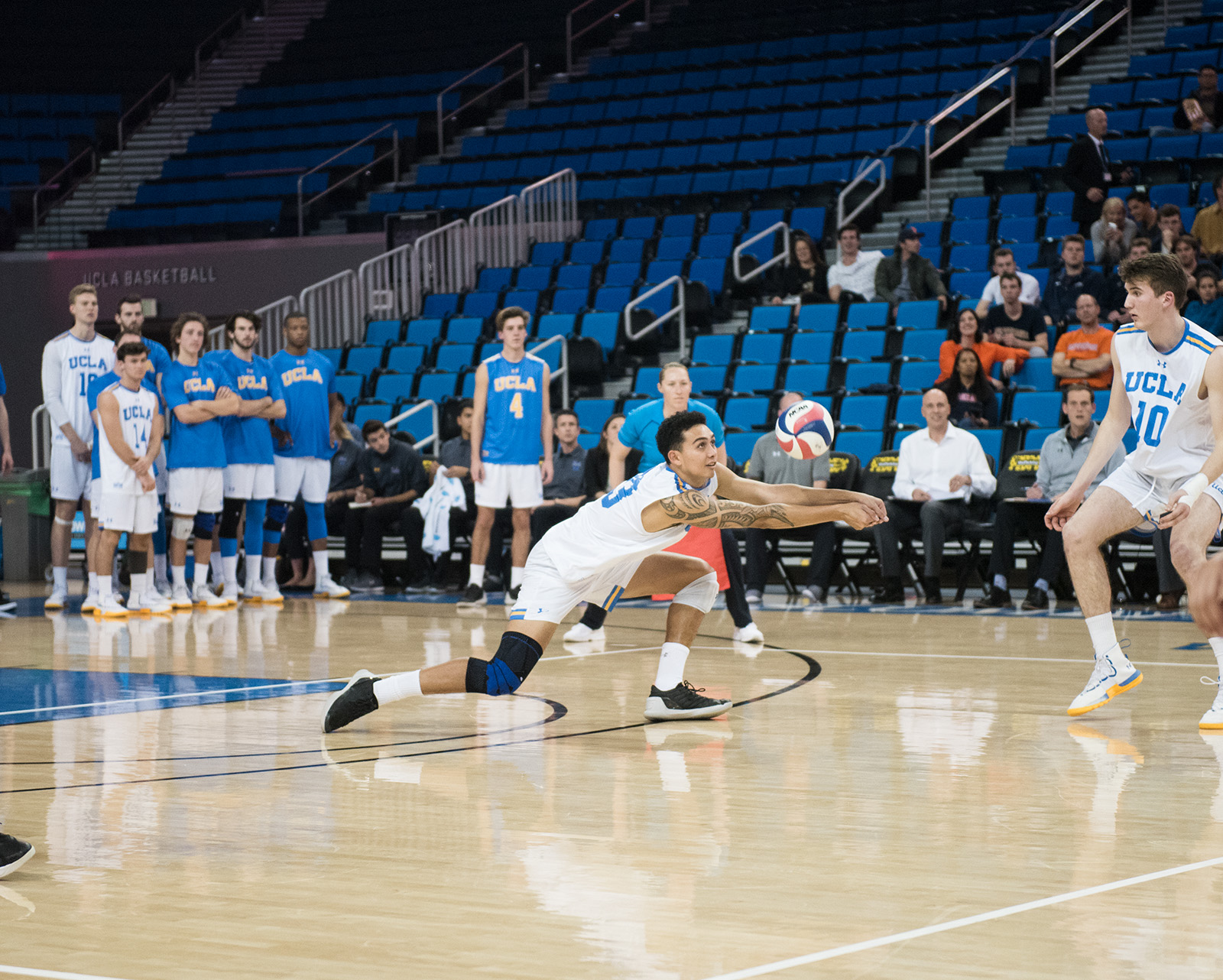 The Bruins rallied back to take sole possession of first place in the conference standings.

Pepperdine started the game with seven blocks and claimed the first set, despite only averaging 1.9 blocks per set coming into the game. The Bruins had two chances to win the first set, leading 25-24 and 26-25, but couldn’t close out a set that had 15 ties and five lead changes.

Redshirt junior opposite Brandon Rattray said he was still confident in the Bruins’ ability to win the match despite losing the first two sets.

“Even though we were down 0-2 we knew we were going to come back and win the whole match,” Rattray said. “We’re good enough and talented enough.”

The Bruins proceeded to win the third and fourth set as they hit for a clip of .565 and .524, respectively, with only five combined hitting errors in those two sets. Rattray finished the game with 18 kills and a .367 hitting percentage.

Coach John Speraw said he was proud of the way his team responded.

“I was most pleased with the response,” Speraw said. “You go down 0-2, you’re not playing very well, and (junior outside hitter) Austin Matautia put us on his back.”

Matautia had six kills in the final set as he led the Bruins in the match with 22 total kills and a .486 hitting percentage.

Matautia said UCLA’s work ethic enabled them to come back and win the match.

Speraw said that Matautia’s performance encouraged the rest of the Bruins.

“You want to step up when things aren’t going very well for your team and tonight (Matautia) did that,” Speraw said. “That lifted everybody else and then we started getting contributions from everybody.”

The Bruins came into the match tied with the Waves for first in the MPSF conference, but the win gave UCLA sole possession of first and enabled them to stay undefeated in conference play.

UCLA will travel to Phoenix and face Grand Canyon on Friday. 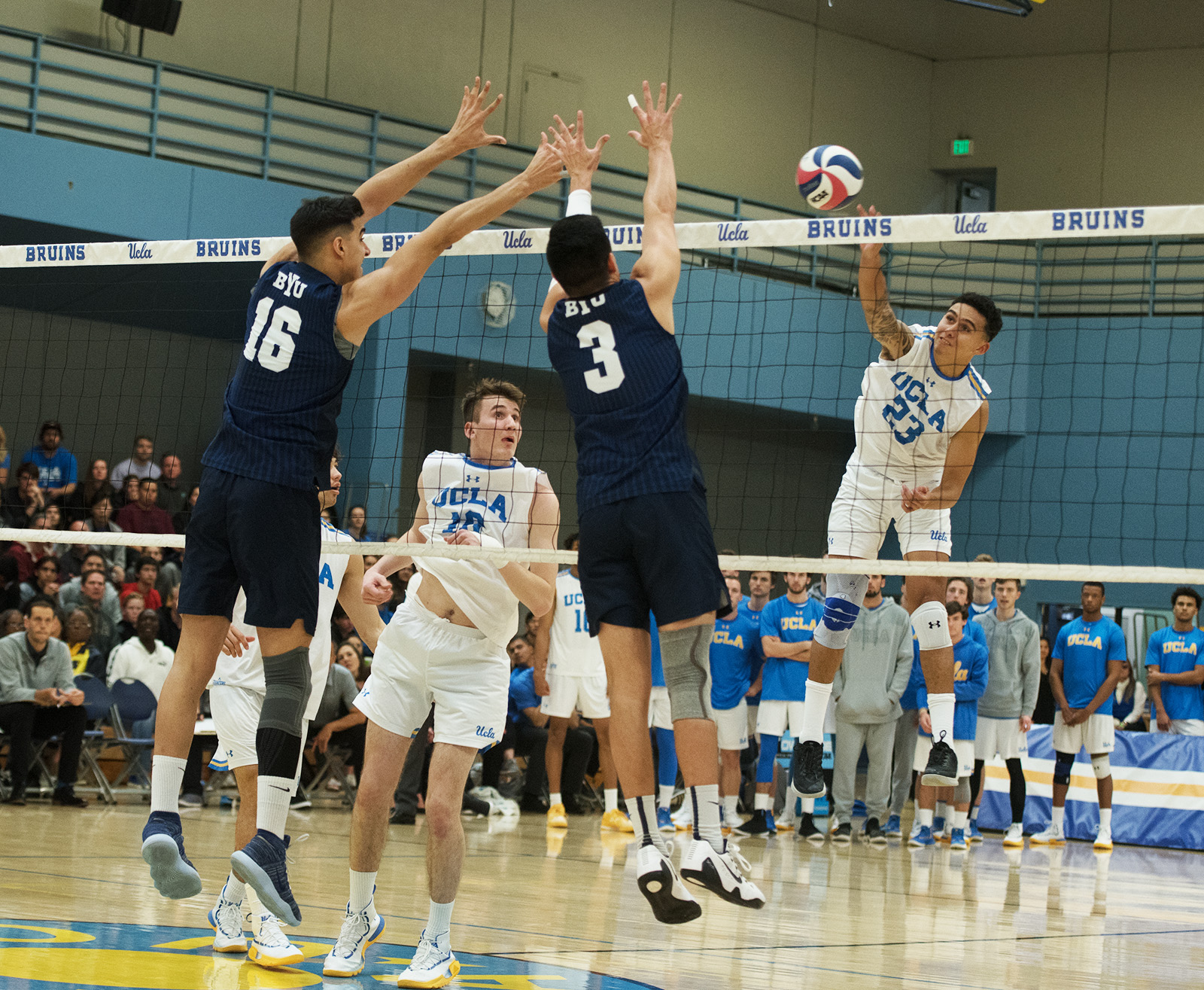 Men’s volleyball recovers from another shaky start to overcome No. 7 BYU 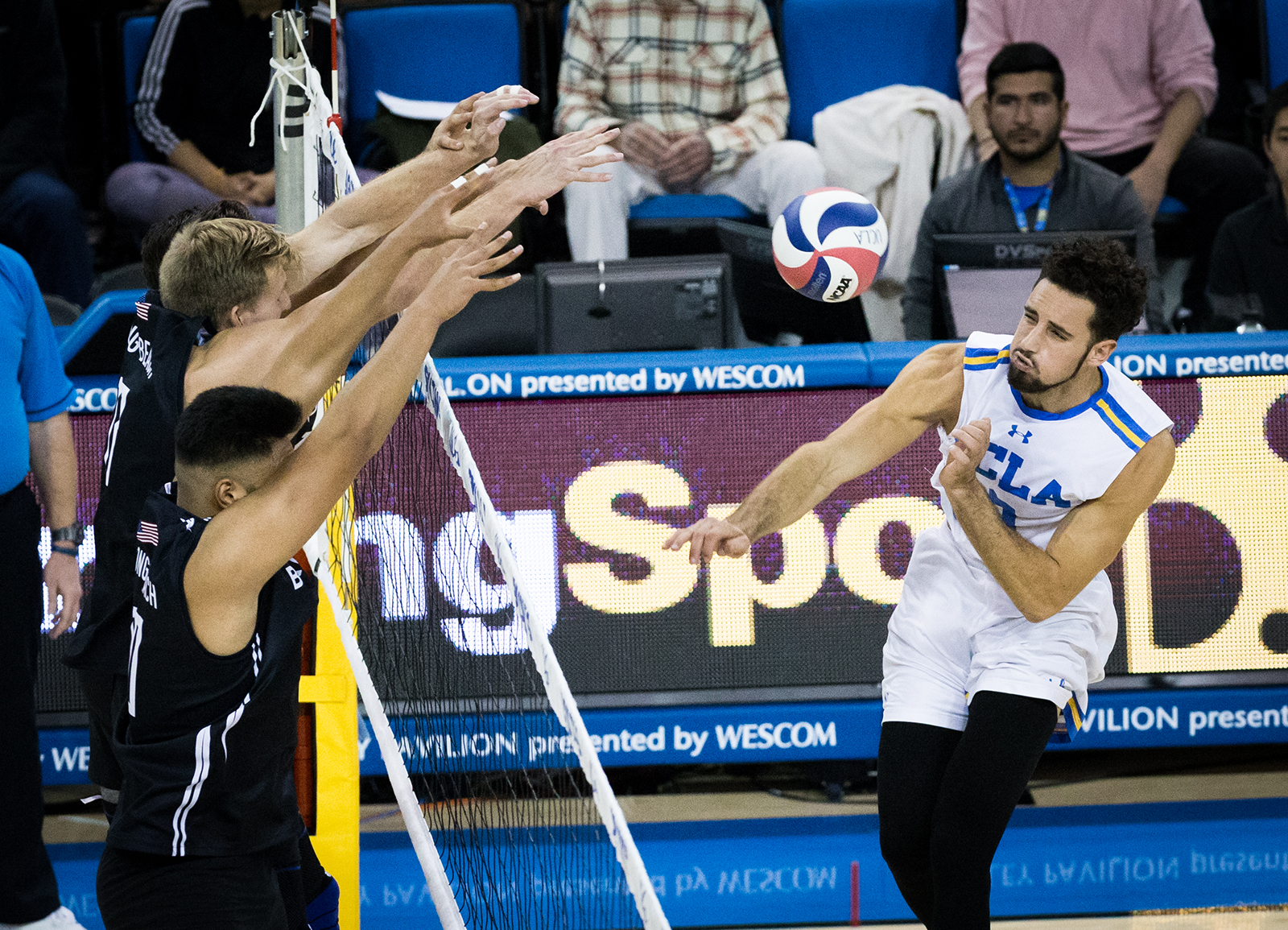 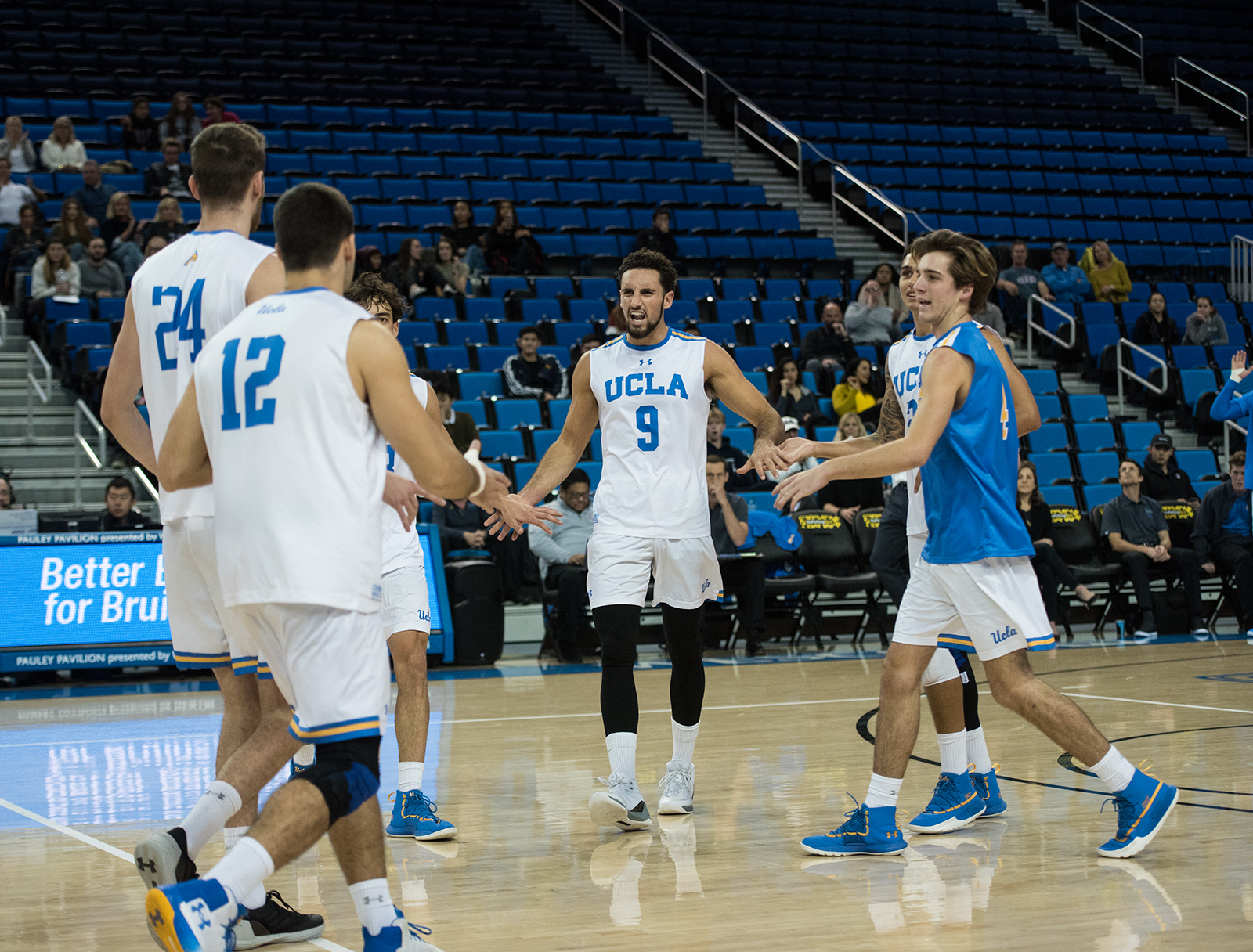 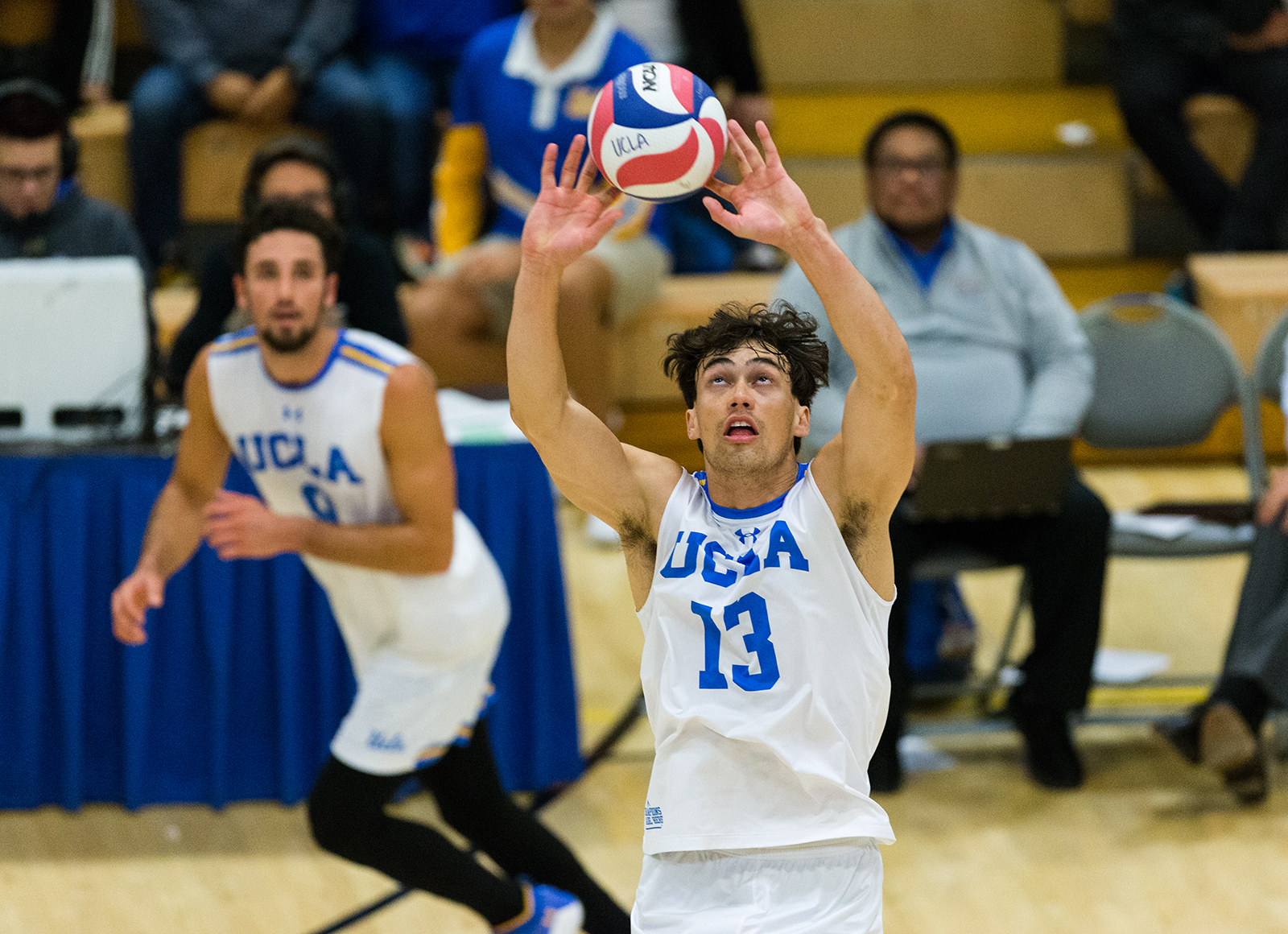