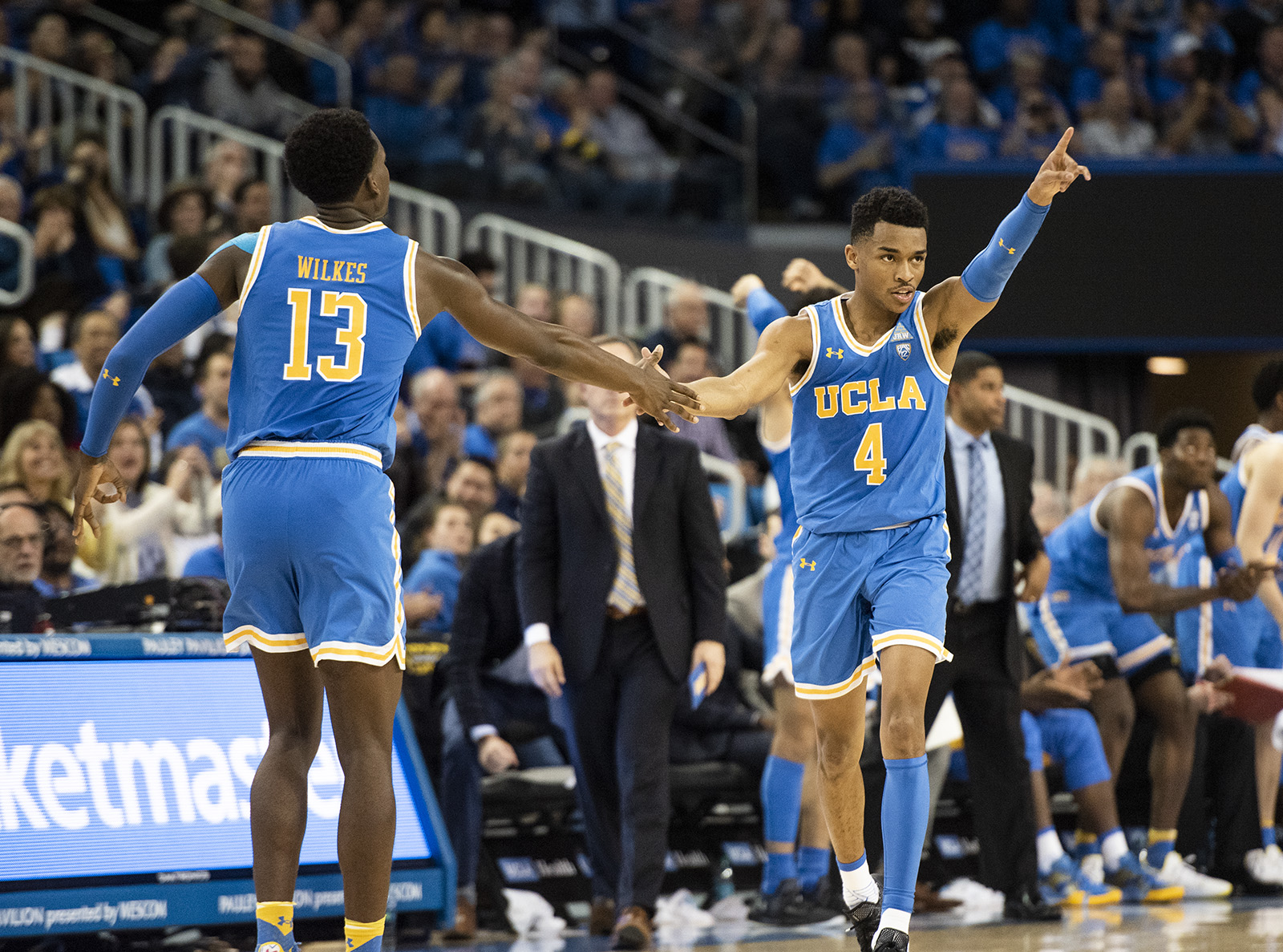 The Bruins needed a win in their final home game of the season and they got one.

In a game that saw the lead change hands 15 times and the score tied on 12 different occasions, the Bruins managed to fend off each and every one of the Trojans’ attempts to steal the game.

UCLA recovered from a 10-point first-half deficit to take a three-point lead into the half thanks to a 12-0 run midway through the period fueled by sophomore guard Kris Wilkes. However, after they had built up a nine-point advantage eight minutes into the second half, USC made a push of its own.

The Trojans scored 17 of the game’s next 25 points to retake the lead with six and a half minutes remaining. The two teams traded baskets for the rest of regulation, but the contest ended up in overtime after USC forward Bennie Boatwright missed a 3-point attempt at the buzzer.

The Bruins struck for the first five points of the extra period, but didn’t ice the game until sophomore guard Jaylen Hands knocked down a 3-pointer from NBA range as the shot clock expired with 21 seconds remaining in overtime.

Hands said he couldn’t remember the feeling of hitting the biggest shot of the night, but he did emphasize the strides that he feels the team has made since its last meeting with the Trojans.

“The first time we played (USC), when they had a run we couldn’t stop them,” Hands said. “So I think today’s game, we never really blew them out, they were always there, and when they made that run to come back we weathered the storm, so I think that really speaks to our growth.”

Individually, Hands showed out for a second straight game, posting 21 points, 10 assists and zero turnovers. The sophomore guard’s performance came on the heels of a 27-point outburst against Oregon on Saturday.

Wilkes – who scored 16 points, grabbed eight rebounds and dished out five assists – said UCLA will need Hands to continue playing at that level as the postseason approaches.

UCLA has now won four of its last five games overall, with each win coming down to the wire. And although the Bruins don’t have a typical go-to player down the stretch, Bartow said he is seeing the team win games as a complete unit.

“There is a connection with this team,” Bartow said. “We don’t have maybe that one true guy, but there is a real – I see it in timeouts, I see it in the locker room.”

Freshman guard Jules Bernard said he can feel the same type of positive energy as his coach, and added that the team could be primed for a long postseason run if it can stay locked in.

“We’re such a talented team and if we piece things together the way we have been lately, then I think we could do some things in the Pac-12 tournament,” Bernard said. “We just have to stay together and keep playing hard like we are. Keep executing and focusing on certain details in each game, and hopefully, we push through and get the results we want.”

UCLA is now tied with Oregon State for the fourth spot in the Pac-12 standings after the Beavers lost to the Arizona Wildcats on Thursday night. If UCLA wins its final two games at Colorado and Utah, it will have a strong chance at securing a top-four seed and a first-round bye in the conference tournament.