Even with bevy of youth, men’s basketball sees leadership emerge after comeback win 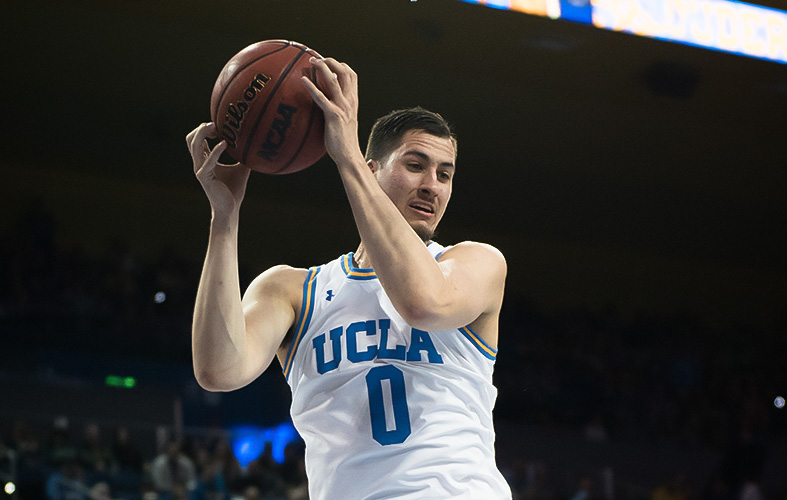 Leadership was always going to be a question mark for the Bruins this season.

Aside from two redshirt juniors, UCLA men’s basketball’s rotation consists entirely of freshmen and sophomores. So it’s no surprise that after a nonconference slate that got former coach Steve Alford fired, the Bruins have struggled to stay above the .500 mark in Pac-12 play.

The maturity and intangibles that Aaron Holiday, Thomas Welsh and Lonzo Ball exhibited came in spurts without a true team general on the floor this year.

But UCLA’s 19-point second-half comeback win against Oregon on Saturday rekindled a few sparks of leadership with less than two weeks to go in the regular season.

Olesinski – who missed the first 13 games of the season recovering from a right foot stress fracture – is the only Bruin big man with collegiate experience, and he played a season-high 19 minutes against the Ducks.

Averaging one shot per game and less than five per 40 minutes played, Olesinski rarely holds the ball for too long and has plenty of experience playing zone defense.

And his maturity has begun to rub off on Hands.

“Last year, (Hands would) have times where he’d go a little crazy,” Olesinski said. “This year, he made a lot of big plays that game and he was levelheaded. I feel like he understood what it was and he didn’t force it too much.”

The same could be said of freshman guard Jules Bernard, who set a career high with 20 points Saturday. He made nine of his 11 free throw attempts and only turned the ball over once in a season-high 28 minutes on the floor.

While UCLA ranks No. 294 in turnovers per game and No. 340 in free throw percentage nationally, having almost all of its freshmen average more than 15 minutes of action per game has led to growth.

“I think they’re learning their roles a little bit better,” said interim coach Murry Bartow. “We’re into mid-to-late February and we’re starting to figure it out a little bit. I think this team really likes each other, the chemistry’s good, the attitude’s good, the spirit’s great.”

Going with the hot hand

Hands went into Human Torch-mode with seven 3-pointers and 27 points in the second half against Oregon.

His teammates kept feeding him the ball and – like the 10,000-plus people in attendance at Pauley Pavilion – watched him go to work.

“When (your teammates) know you’re hot, they’re going to look for you and when they do, it’s a great feeling to keep it going,” Bernard said. “When you get that, you have to be smart and take the right shots, know your spots for when to be aggressive.”

For Hands, he scored or assisted on 13 of UCLA’s second-half possessions.

But however hot he gets in a game, there’s one thing he’ll never do – turn his back to celebrate a shot before it goes in.

“I’ve seen that one meme with (former Los Angeles Lakers guard) Nick Young when he did that,” Hands said. “I don’t ever want to look like that, so I probably won’t ever do that.”