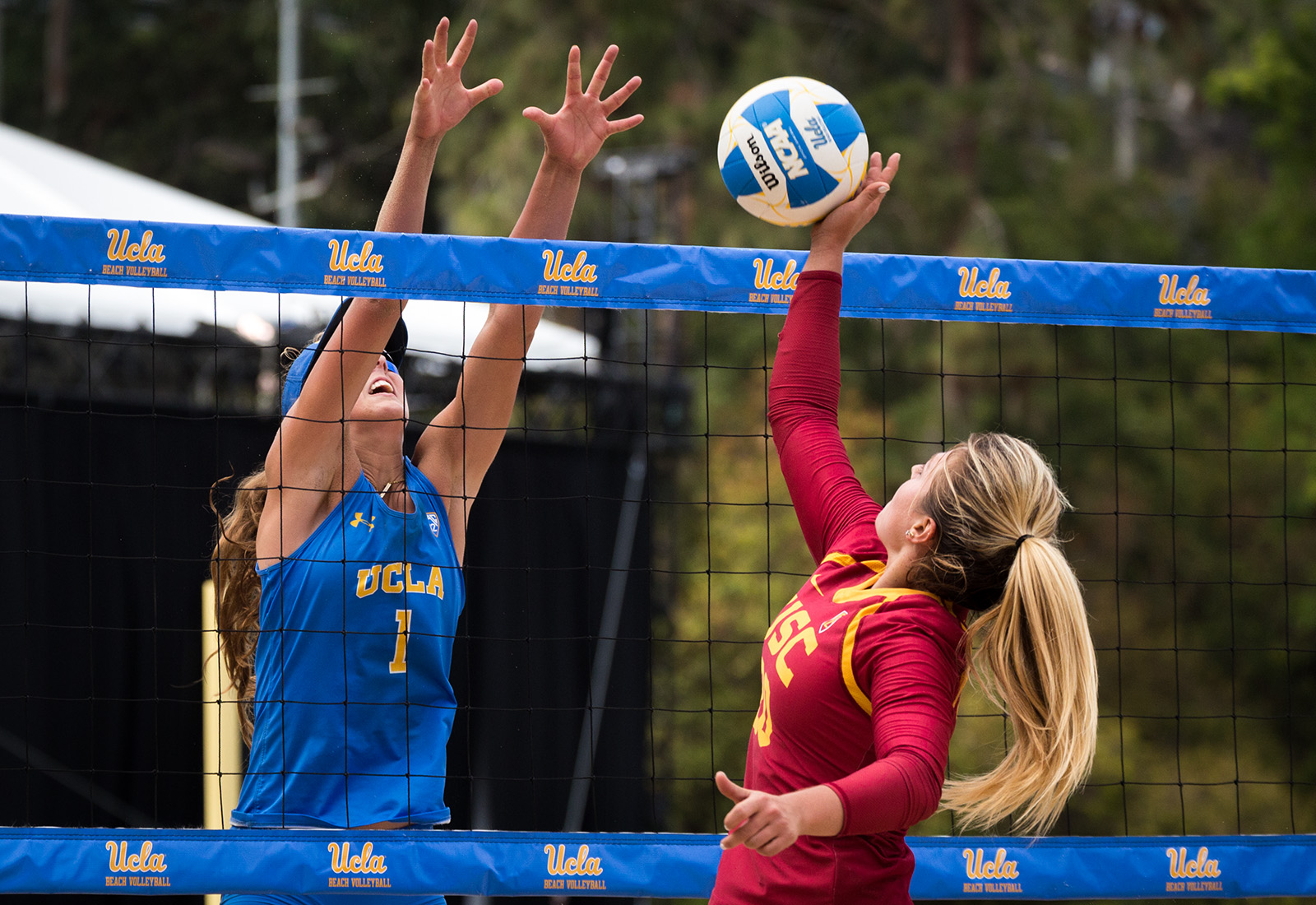 Sophomore Mac May and her partner Savvy Simo are the only two to drop a match so far this season. No. 1 UCLA beach volleyball will take on crosstown rival No. 2 USC on Wednesday afternoon. (Daily Bruin file photo)

The Bruins’ national title defense will continue against their biggest rival.

No. 1 UCLA beach volleyball (5-0) will face crosstown rival No. 2 USC (0-0) at Merle Norman Stadium on Wednesday afternoon in the teams’ first of three scheduled meetings this year.

The Bruins won against the Trojans in their first meetup last season but fell 3-2 in their second dual. UCLA went on to win the next four meetings, including two 3-1 victories in the Pac-12 and NCAA championships.

Coach Stein Metzger said he knows the Trojans will be looking to defend their home sand and avenge their losses from last season.

“I expect that (USC) will be ready,” Metzger said. “(Our) team will be ready and excited to compete hard. USC is a very physical team and we’ll need to be playing at our best.”

The Bruins and Trojans last met in Gulf Shores, Alabama, in the contender’s bracket semifinal. Three of the courts went to the third set, and then-freshman Mac May and then-senior Elise Zappia clinched the win for UCLA to send USC home.

Junior Lily Justine competed against USC at the final stages last year. She said the Bruins will treat their rivals with the same respect as all of its opponents so far this season.

The Bruins are coming off an undefeated weekend in Hawaii. UCLA won 24 of a possible 25 matches and registered three wins on the season against top-10 teams.

Metzger said the Bruin coaches remind the players to play the way they practice so they stay calm and collected in the bigger matches.

“We tell our teams to trust their training,” Metzger said. “They don’t have to do anything special. They just need to do what they do well. Really just focus on our own side.”

UCLA’s visit to Merle Norman will be USC’s second game of the afternoon. The Trojans will return Tina Graudina and Abril Bustamante, who played on court one against then-juniors Nicole and Megan McNamara.

Freshman Abby Van Winkle said the team has started off the season well even though its opponents have been trying to knock them off the top spot.

“I feel like we’ve been pretty strong,” Van Winkle said. “We kind of have a target on our backs. Everybody wants to beat us really bad. We just keep our composure and play our game and know we can be strong and competitive.” 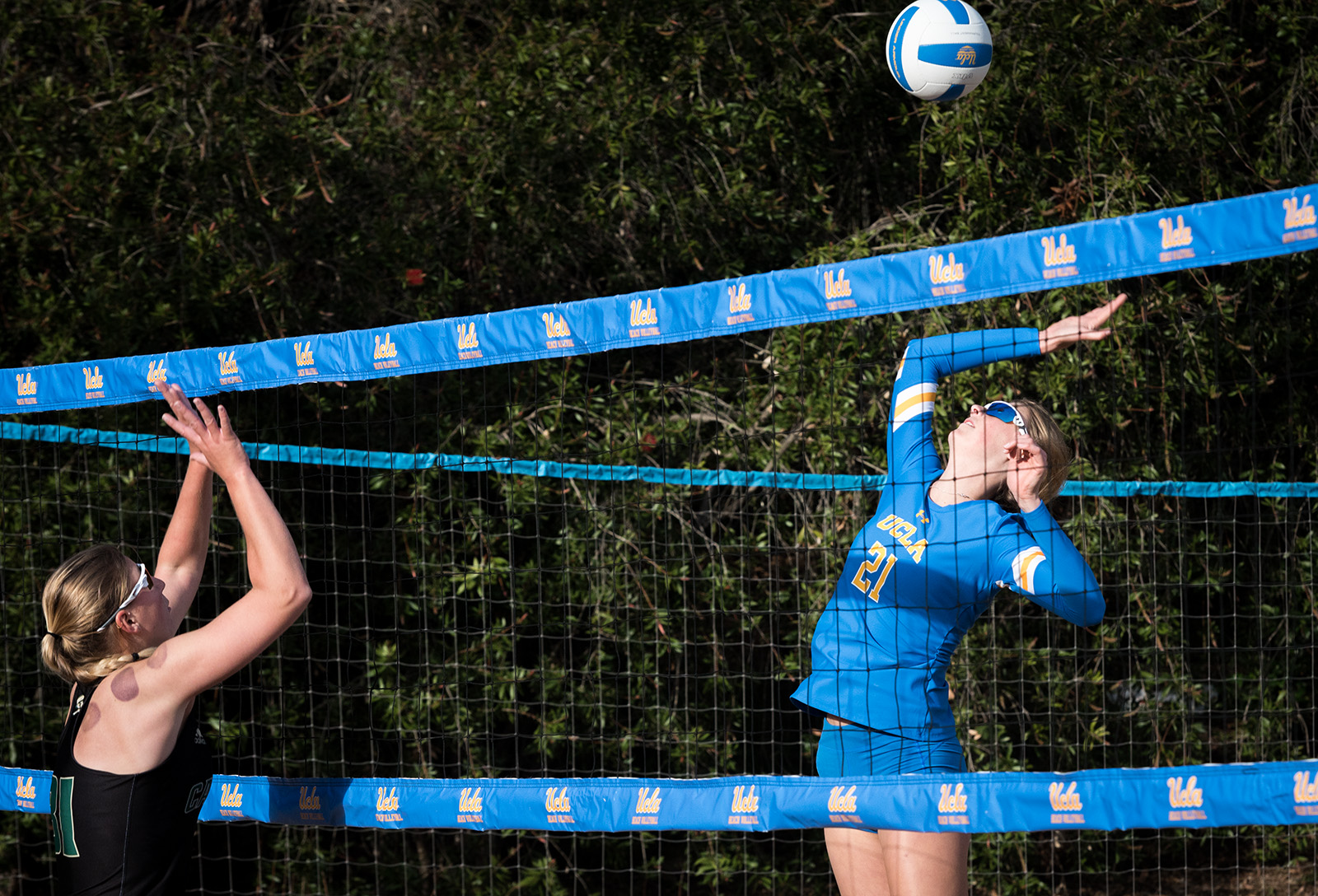