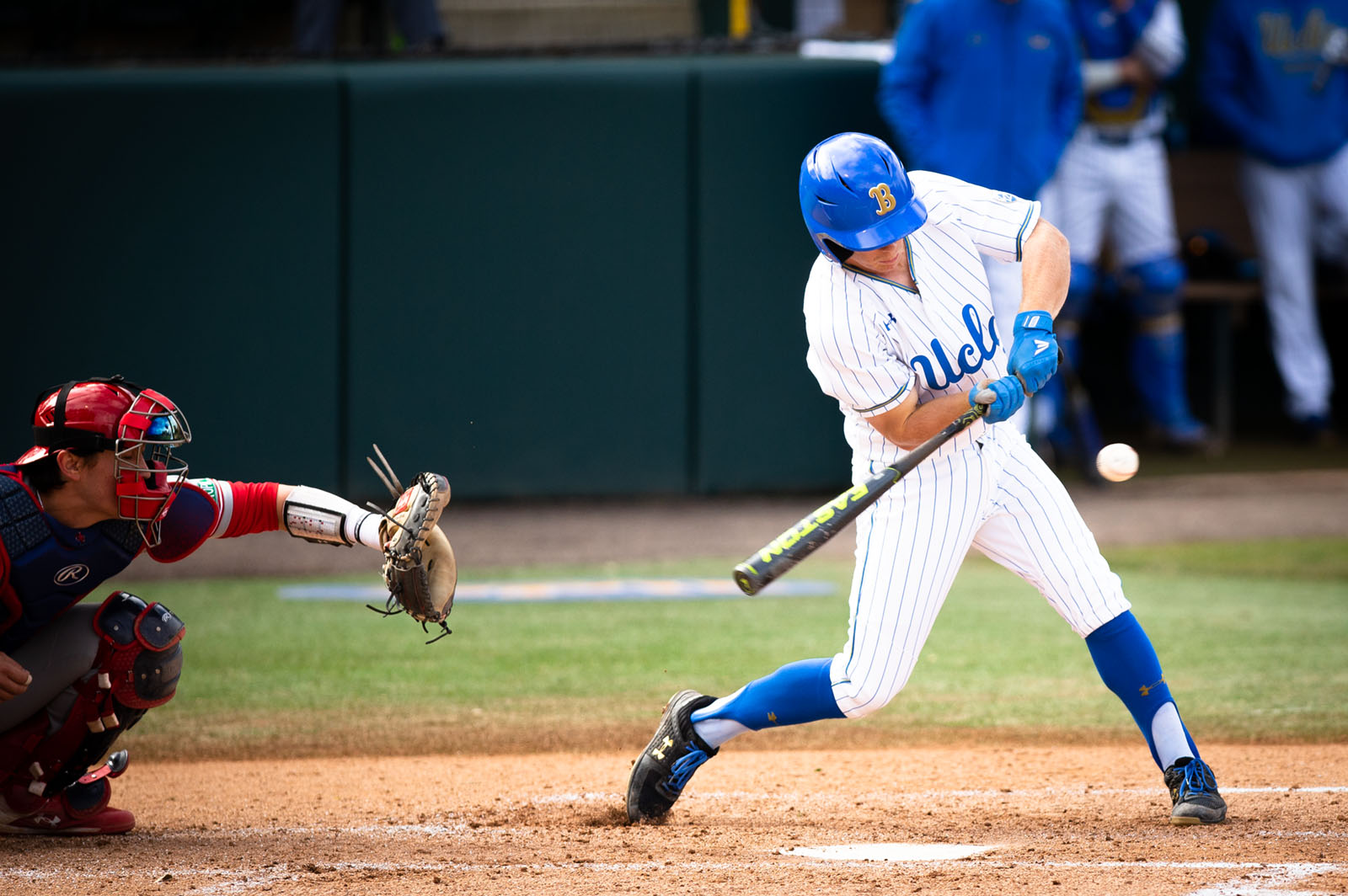 The Bruins are returning to Westwood having won in Northridge for the first time in four years.

No. 4 UCLA baseball (7-1) defeated Cal State Northridge (5-4) with a 4-3 comeback victory Tuesday afternoon, earning its first road win against the Matadors since 2015.

“Northridge is a very difficult place to play,” said coach John Savage. “They’re very well-coached. They have good players. A lot of people have gone in there and lost series, and I’m one of them.”

The Bruins scored the game’s first runs in the third inning when junior outfielder Jeremy Ydens, senior outfielder Jake Pries and junior first baseman Michael Toglia all drew walks to load the bases for freshman center fielder Matt McLain. With two outs, McLain knocked in two runs with a single to left field to give the Bruins a 2-0 lead.

The hit from McLain gave him his team-leading eighth and ninth RBI of the season. The freshman started his collegiate career going 1-for-12 at the plate through his first four games, but has gone 6-for-15 in the four games since. McLain has picked up an RBI in all but one of his appearances, a game in which he went 2-for-5.

“McLain’s going to be a special player, there’s no doubt about that,” Savage said. “He had a big part of today’s win.”

On the mound for UCLA, freshman right-hander Nick Nastrini got his second career start and picked up where he left off in his first. The freshman pitched five scoreless innings, picking up five strikeouts while allowing three hits and two walks.

In his first outing against Loyola Marymount on Feb. 19, Nastrini didn’t give up a run in 4 2/3 innings of work and tallied nine strikeouts with two hits and two walks allowed.

Against CSUN, Nastrini let up a single and a walk – in addition to throwing two wild pitches – in the first inning. On Tuesday, the freshman left two men on base after issuing two walks in the first frame.

“I think it’s just little jitters I have in the first inning,” Nastrini said. “I just need to regroup myself, take a deep breath, and not let myself get to that point in the first place.”

Nastrini went on to retire the next nine batters he faced and gave up two hits for the remainder of the game. Once he left the contest, however, the Matador offense got going.

Sophomore right-hander Michael Townsend came in for relief in the sixth inning, letting up a leadoff single to shortstop Brandon Bohning and walking third baseman Angelo Bortolin. With one out and runners on first and second, freshman right-hander Jack Filby came in the game and allowed four consecutive Matadors to reach base.

Filby gave up two singles – the latter bringing home Bohning – as well as a hit by pitch that allowed the tying run to score. The right-hander surrendered another single to outfielder Andrew Lucas to score the go-ahead run before a 6-4-3 double play ended the inning with the Bruins down 3-2.

UCLA rallied in the top of the seventh inning to tie the game at three. Ydens singled to left center with two outs and then stole second base, allowing junior shortstop Ryan Kreidler to bring him home with a single to center field. The Bruins took the lead for good the following inning.

McLain, like Ydens, singled with two outs and stole second base. CSUN elected to intentionally walk sophomore outfielder Garrett Mitchell to fill the vacant base. During the following at-bat, catcher Sean Skelly attempted to throw him out at second when both runners tried to advance on a ball in the dirt.

The throw by Skelly struck Mitchell and was carried to the outfield, allowing McLain to score the go-ahead run.

“I just saw an opportunity and I took it,” McLain said. “The ball hit (Mitchell) and I got to go home, so I couldn’t have done that part without (Mitchell).”

UCLA will host Sacramento State for a weekend series starting Friday at 6 p.m.