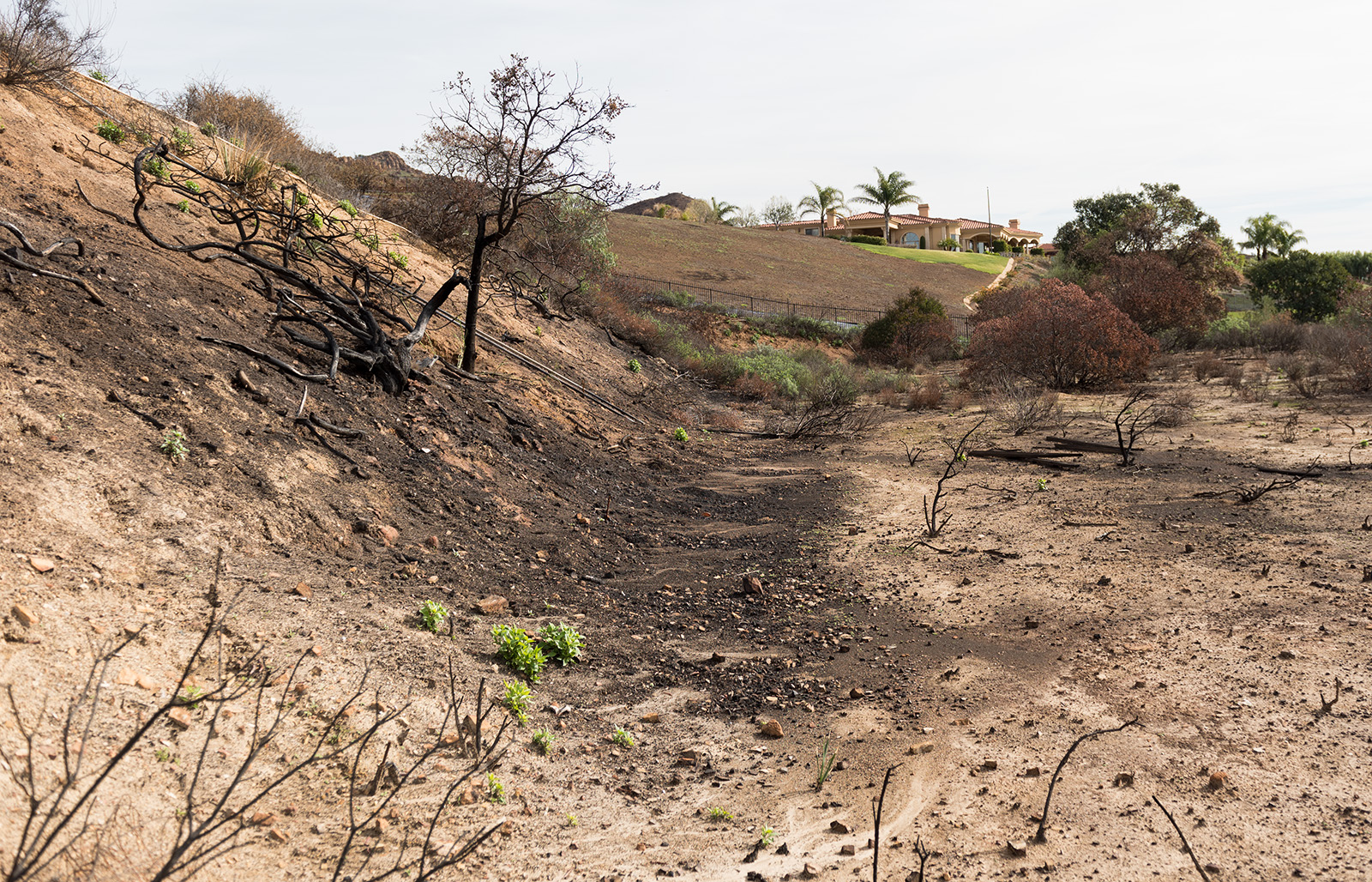 Shaffer, who led the project, said some of the species in the Santa Monica Mountains cannot simply move away from the area to find other food sources after their habitat has been destroyed by a fire.

“Think about it from the point of view of a spider that needs something to eat or a lizard that eats insects,” he said. “They can’t wait three months for something to come back.”

Student volunteers from UCLA and nearby colleges are helping with the fieldwork in Shaffer’s research study.

Pairs of students each study 10-meter sections of burned habitats, Shaffer said. Within these areas, students record the number and concentration of species of plants and animals they find in several 1-square-meter sections. A 100-meter stretch of burnt habitat contains about 55 of these 10-meter sections.

Shaffer said the researchers will observe the fire’s impact in these habitat sections to determine how the severity of the fire affected the overall biological systems in the Santa Monica Mountains.

“It might be that the fire severity was the same along that whole 100 meters because it was a flat area, or sometimes even over 100 meters, it could have different impacts,” Shaffer added. “It might be the wind was different or the slope.”

Shaffer said this study needs to be replicated several times, and the habitats require constant re-evaluation.

He added many students at UCLA are interested in learning about their local landscape and contributing to the research project.

Witter said the results of this study may be different from past studies on the impact of wildfires on biological systems because the Woolsey fire was preceded by four to five years of drought, which may have made the effects of the fire more intense than usual.

Keeley said one way they measure fire severity is by looking at the diameter of the smallest living branch on a shrub.

“If the fire was extremely hot then all the branches will be burned off,” Keeley said. “If it wasn’t real severe there will be some of the smaller branches surviving, so by measuring the diameter of the smallest stem it can correlate to how intense the fire was.”

Shaffer said studying the impact of the Woolsey fire will provide more general insight into how fire severity impacts the environment’s biological systems and how that impact shifts with global climate change.

“There is a lot of concern that global warming is changing conditions during fires, so we want to see if the Woolsey fire was any different from previous fires,” Keeley said.