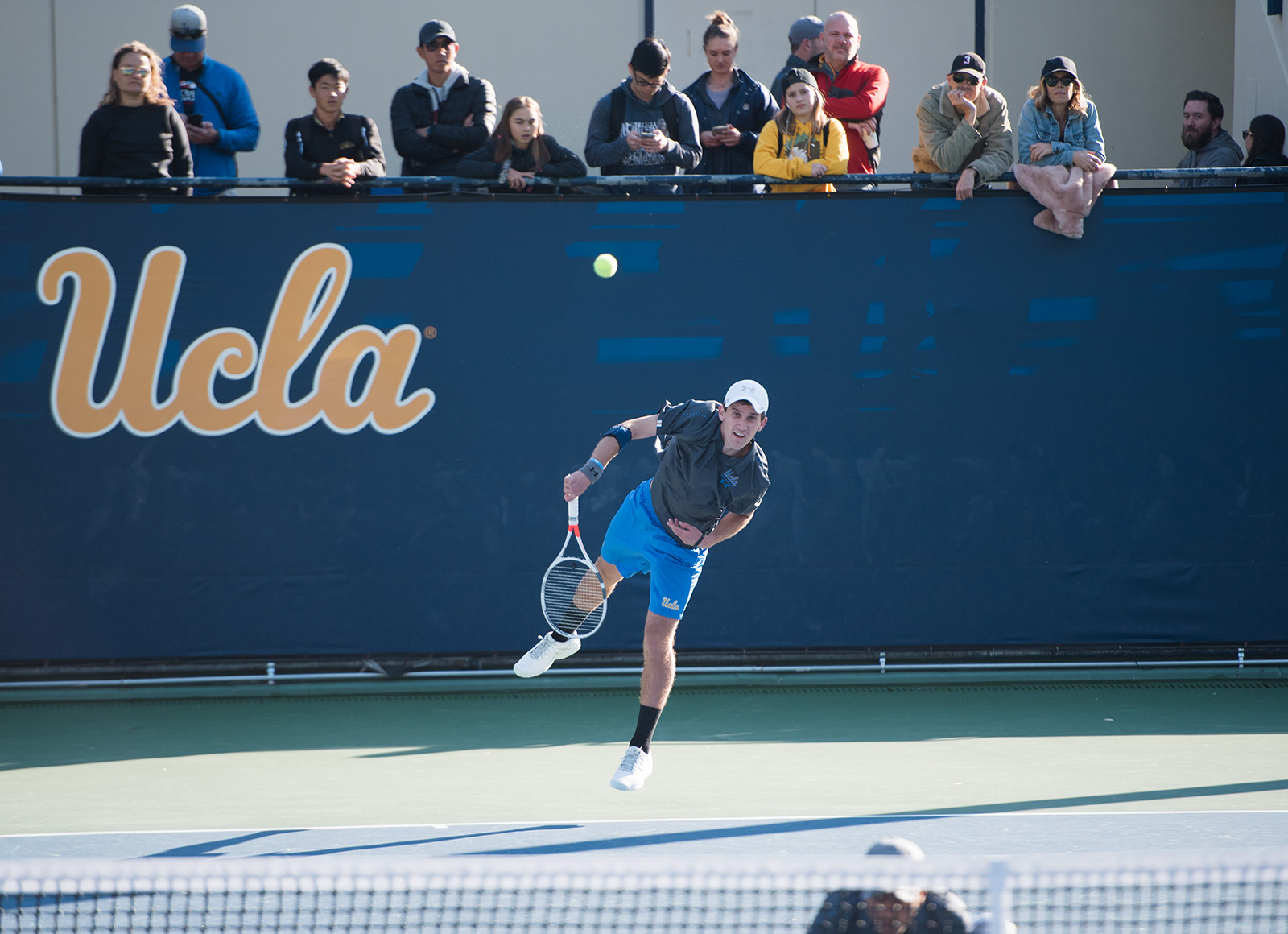 The Bruins haven’t dropped a point to Grand Canyon across the past two seasons.

No. 14 UCLA men’s tennis (4-4) will face Grand Canyon (6-2) on Tuesday at the Los Angeles Tennis Center. The match will mark the third meeting between the teams in three consecutive seasons.

The Bruins completed 7-0 sweeps of the Antelopes in both of their previous two encounters. UCLA dropped just one set in its early-season home meeting with Grand Canyon last year. Then-senior Austin Rapp eventually claimed the match for the Bruins with a straight-set win, 6-3, 6-4.

“(No. 1 through No. 4 singles), they are still a good team,” Goldberg said. “It’s nice to have. I don’t want to say an easy match, but we’ve had a few matches rained out against this type of team.”

The Antelopes have tallied two losses on the season, falling to Arizona and UC Santa Barbara by scores of 5-2 and 6-1, respectively.

The Bruins have already notched more losses this season than the entirety of last season, when they posted a record of 30-3. The losses have all come from teams ranked in the top 25.

“We’ve played all tough opponents, and I’m sure we’ll all feel more comfortable (back at home),” said coach Billy Martin. “We had (three) matches in Chicago and then (one) at USC. The team feels comfortable playing here so I think that will help.”

The Bruins are battling two injuries to players in their starting lineup.

The absences of sophomores Connor Hance and Keegan Smith have granted younger Bruins a chance at the starting lineup.

Freshman Eric Hahn filled the No. 6 singles spot against USC and fell by a score of 6-0, 6-3. It was a match where Hahn said he had no answer.

“The nerves kicked in,” Hahn said after his loss Friday. “I couldn’t do much out there. It’s a completely different experience here at USC.”

Martin said Hahn will play against Grand Canyon despite the loss.

“We need (Hahn) to play,” Martin said. He was as unhappy as anybody (after his loss). I think it was overwhelming for him. (Playing a rivalry game) is probably something he’s dreamed about for quite a while and didn’t handle the emotions very well.”

Martin said Tuesday’s match will be a good chance for his players to keep improving as Pac-12 play looms around the corner.

“I’m expecting a hard fought match,” Martin said. “I always stress to my team, don’t play (down to the level) of the other guy. Always be ready to come out and play at a high level, and hopefully, we’ll strive to do that.”