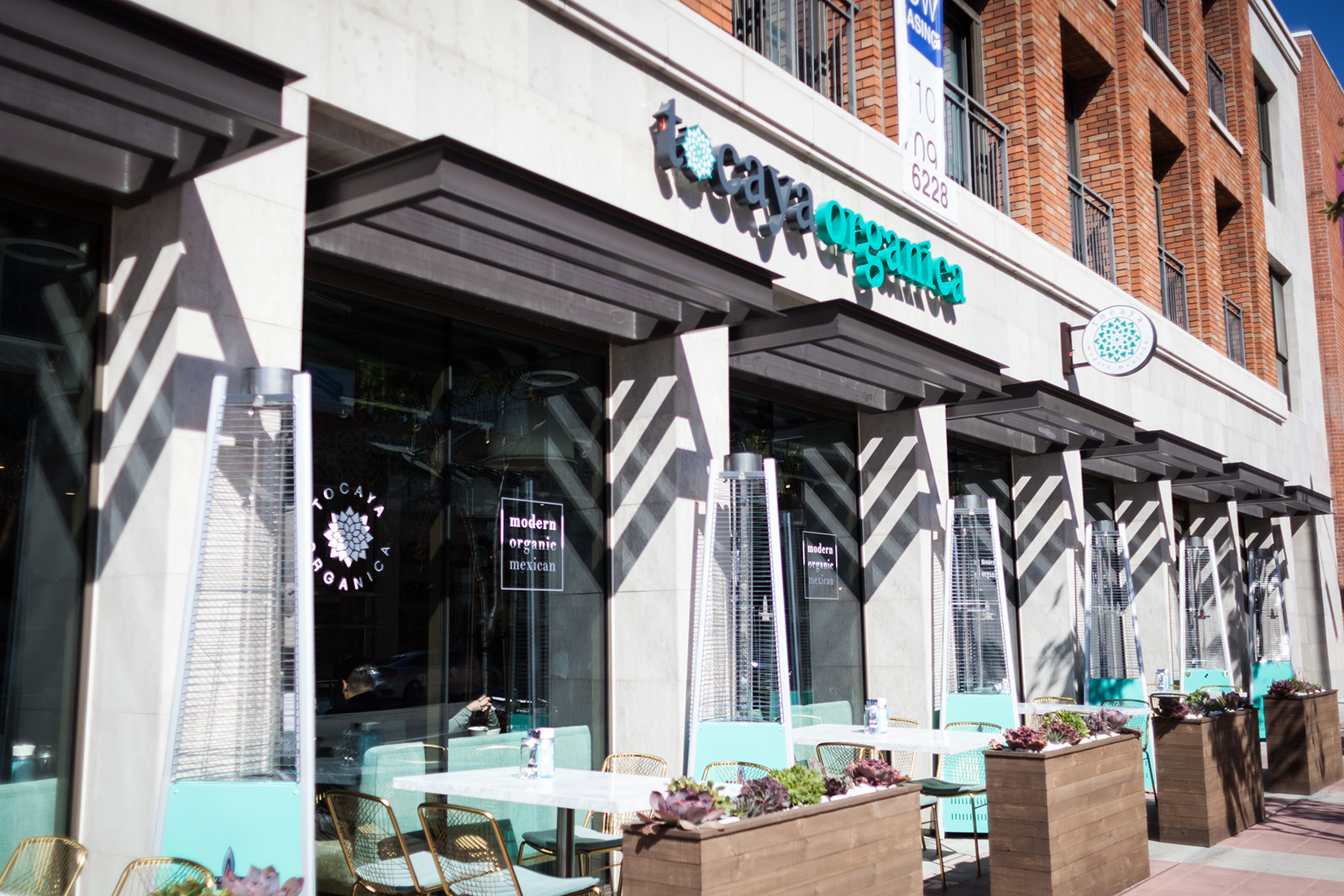 A new Mexican restaurant is now open in Westwood.

Tocaya Organica opened on the corner of Lindbrook Drive and Gayley Avenue on Friday. It is located in the storefront next to Le Pain Quotidien, a bakery-restaurant in Westwood.

The chain is owned and managed by The Madera Group, and there are eight other Los Angeles locations, two in San Diego and one in Arizona.

Tosh Berman, co-founder and CEO of The Madera Group, said he launched the Tocaya Organica chain in 2016 because Mexican food played a big part in his childhood.

“I grew up in California and even as a younger kid I always just really resonated with Mexican food,” Berman said. “I think it’s kind of become part of the DNA and ethos of California culture.”

Berman said he thinks Mexican cuisine has had a large influence on food culture.

“I think it’s interesting how Mexican cuisine has entered the landscape of other cuisines and has become such a fixture in how we think about food in general,” he said.

Mikey Tanha, president of The Madera Group and a UCLA alumnus, said he wanted to open a location near UCLA because he noticed a lack of healthy options around campus when he was a student-athlete.

“When we were deciding on next locations, I was pushing for Westwood because I have deep roots in the UCLA community,” Tanha said. “I’m excited to bring healthy food back to the community for the students and the student-athletes to really have that accessible, because I didn’t have that.”

Berman said he hopes people from Westwood and the business district around Wilshire Boulevard will visit Tocaya Organica.

“We’re hoping that we’re a spot that is a favorite among students, but we’re also hoping that we’ll be cross-demographic and find our way to the hearts of everyone in the Westwood community,” Berman said.

Tanha added that Tocaya Organica has already been catering to the UCLA basketball team after practice for several months out of the Century City and Beverly Center locations.

“Now that we’ve opened (in Westwood) I think it will be easier for the rest of the sports teams to cater for their post-practice meals,” Tanha said. “It’s pretty exciting to see it come full circle.”

The storefront Tocaya Organica moved into had been unoccupied since the building opened in 2015.

Andrew Thomas, executive director of the Westwood Village Improvement Association, said he thinks Tocaya Organica’s opening is an indication of growth in the Village.

“There are a number of other restaurants that are in the leasing process here, too. I’m excited for the future,” Thomas said. “I think that we’re having a bit of a moment right now and we need to keep building our momentum.”

“We’ve heard from people in our community that want to see Westwood come back, that are coming and speaking at public hearings on behalf of public businesses and restaurants, which I think is expressing support where maybe there hadn’t been as much in the past,” Thomas said. “I think we’re seeing a very vocal majority in our district that wants to see great destination restaurants.”

Jazmin Rivera, a first-year political science and Chicana and Chicano studies student, said she doesn’t really care whether her food is organic or not, but she would like to try more healthy food options.

“(Organic food is) not something that I actively search for,” Rivera said. “But if it’s organic Mexican food, I’m willing to try because I like Mexican food and I want to eat healthier.”

Nina Do, a first-year undeclared life sciences student, said she looks for healthy options when she eats out.

“I’m excited to see Tocaya,” Do said. “I feel like it could be the next Chipotle, with a new healthy twist on it.”

Georgia Wallis, the general manager for the Westwood location, said community investment is an important aspect of Tocaya Organica’s mission.

“We really try to connect with the community wherever we’re able to open a location, and kind of assist with anything,” Wallis said. “Right now we’re trying to see how we can connect with the Westwood Village.”