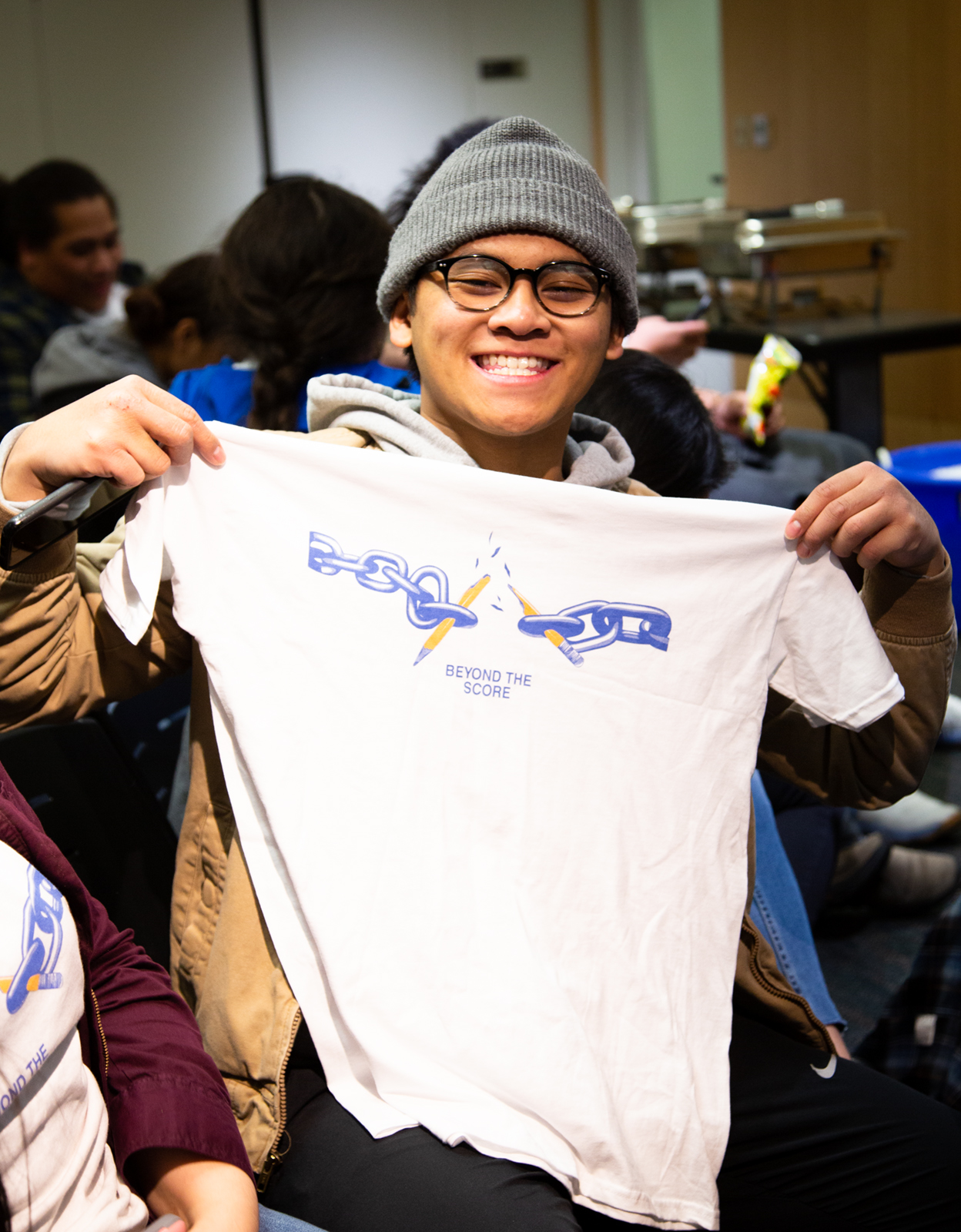 First year sociology student Buna Poeng attended a town hall Wednesday where students discussed whether standardized tests such as the SAT should be used in college admissions. Students at the event said they think the tests are poor predictors of academic achievement and select against certain groups of students (Metztli Garcia/Daily Bruin)

Students said they think standardized testing should not be a factor in the college admissions process at a town hall Wednesday.

The town hall was hosted by Beyond the Score, a group of students who aim to raise awareness about the potential drawbacks of using standardized test scores to determine a student’s eligibility for college.

Oscar Macias, a fourth-year Latin American studies and sociology student and a member of the group, said he thinks standardized tests like the SAT are poor predictors of academic achievement and select against certain groups of students.

Macias said he believes standardized testing is inherently racist because the test structure favors those who come from a white middle-class background, adding he thinks Carl Brigham, the creator of the SAT, intended to exclude people of color from integrating into society through the tests.

“The SAT sees its roots in the eugenics movement with its creator Carl Campbell Brigham from Princeton,” Macias said. “This was used heavily in the conversation against immigration policy in the U.S., so we just wanted to take a stance against that, as it still has impacts against students from minority communities.”

Salvador Martinez, a third-year applied mathematics student and member of the group, said he thinks requiring standardized testing for college admissions is also classist and selects against lower-income students.

“It’s been proven time and time again that students with higher incomes who have resources to afford after-school programs and SAT prep programs are the students who historically do very, very well on the SAT,” he said. “A lot of these students over here are being penalized just because of the situations that they were born into.”

Martinez said students with financial difficulties or busy families often have trouble making time to study for the SAT, if they can even afford the test and preparatory materials in the first place. He added it also costs money to send scores to colleges, even after factoring in the fee waivers the College Board allots to lower-income students.

“I had to use all my waivers on my backup schools … but I also had aspirations of applying to Brown, Stanford and all of these other places that I couldn’t afford,” Martinez said. “If we had paid for those extra ones, that’s money out of the budget for food, money out of the budget for bills … and that’s something I can’t put my two working parents, who are supporting three children, through.”

Fernanda Romero, a third-year Chicana and Chicano studies student and member of Beyond the Score, said high standardized testing requirements can discourage students from applying to UCLA. She added students may not even try to apply because they may think it is impossible to attain high enough scores because of their lack of resources.

“When people see that people getting admitted into UCLA have a 1530 out of 1600, not a lot of people are motivated to apply to UCLA,” she said. “Sometimes you don’t have the resources … and not a lot of this information is given to you.”

“When you look at the demographics of (Los Angeles), it’s not represented by our campus,” she said.

Katie Davis, a fourth-year biology student, said she thinks all standardized tests should be eliminated, including pre-professional ones for graduate schools like the MCAT, until administration can come up with a better standard with which to evaluate students.

“I think it’s just a filter to determine which low-income students of color they decide to give a chance and ones they consider too big of risks,” she said.

Ronni Barron, a first-year financial actuarial mathematics student who attended the event, said everyone learns and expresses knowledge differently and that standardized tests do not fully assess a student’s ability to succeed.

Beyond the Score aims to continue its efforts to end standardized testing in the college admissions process and is currently collecting student testimonies for a social media campaign, Martinez said.