USAC votes in support of The Agora, citing potential to bring down housing costs 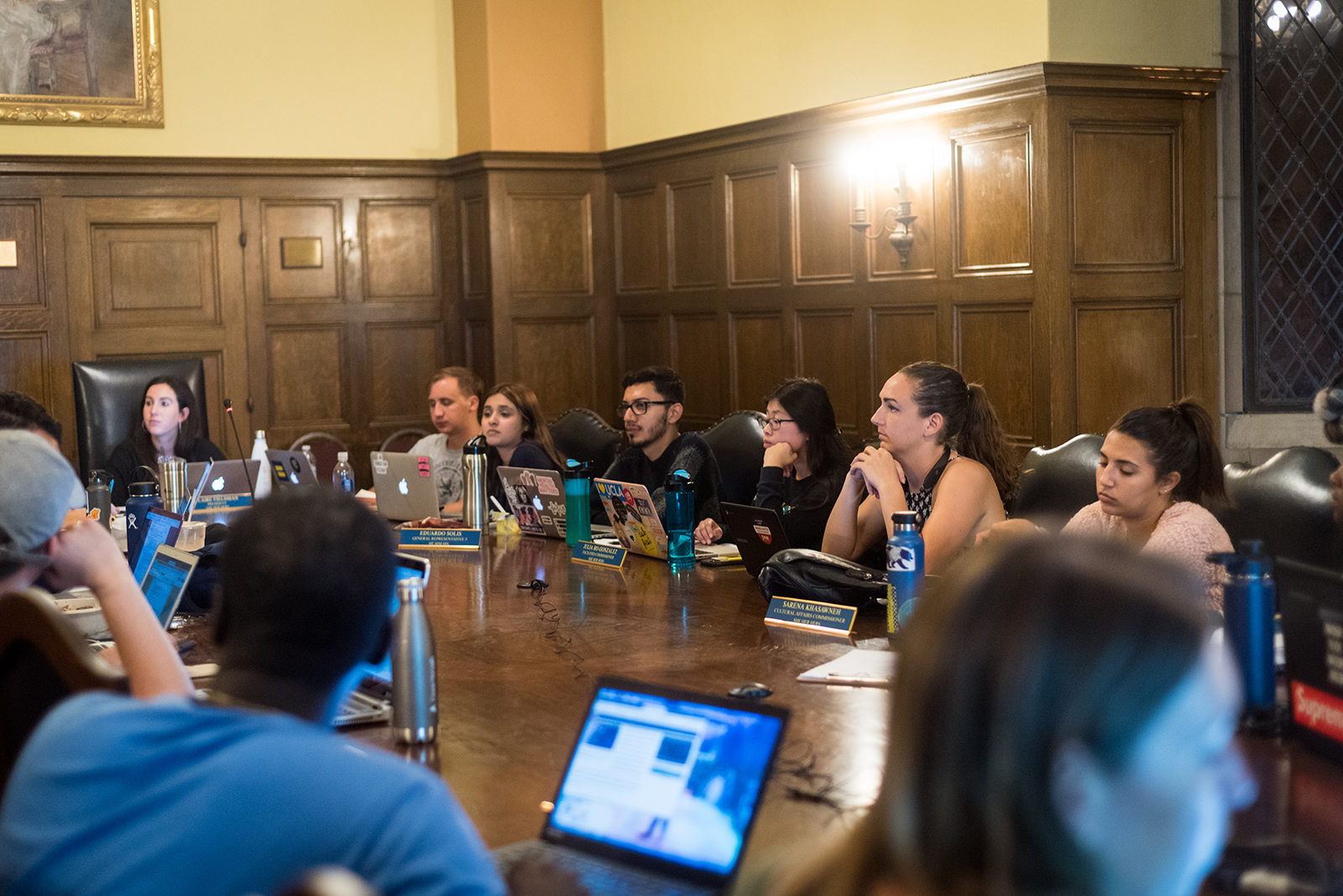 The Undergraduate Students Association Council voted unanimously, with four abstentions, to support The Agora, a proposed 16-story high-rise project on Hilgard Avenue. The project has been met with both support and opposition from different neighborhood councils and community groups.

USAC heard presentations by opponents and supporters of the project during their meeting Feb. 12, but was unable to vote because it did not have a quorum.

Esther Chung and Esther Magna, advocates of the Save Hilgard Avenue group, spoke in opposition to the project. They said the project would cost too much, according to an estimation they got from an outside consultant.

Aaron Green, a spokesperson for The Agora, said he objected to the validity of the estimation because he thinks an accurate estimation could not be done this early into the development.

Magna added that the Westwood PodShare, a hostel-style living community that offers 90 beds at the current location of the proposed high-rise project, already provides affordable housing in the area.

Chung also said she thinks professors and young families who live in the area would be disrupted by noise, pollution and trash during construction.

Green and Eraj Basseri, co-principal developer of The Agora, spoke in support of the development and said the project would provide students with more access to housing.

The Agora would offer 462 beds priced at $1,000 to $1,200 a month. The developers also plan to provide more affordable housing by including 52 beds priced at less than $500 a month, in accordance with Measure JJJ. This means the beds would be priced less than the proposed standard rent range for Westwood.

Green said the pricing of the 52 beds is contingent on Los Angeles’ process for approving low-income units, which is different for private housing compared to university housing.

Basseri added the complex will be constructed in a communal style, with areas to hold meetings and have lectures, and the building will promote healthy eating and living.

Robert Blake Watson, the internal vice president of USAC, said he supports the project because he thinks students should have more access to housing and the project will be provide affordable housing.

“The commitment to having low-income housing available there, specifically $500 beds, is something that is really beneficial,” Watson said.

“It’s important that we set a precedent that students want more housing to come to Westwood because that is the only way that prices are going to start to go down,” Kennerk said.

Kennerk said she also strongly supports the plan because the developers have committed to integrating the affordable housing units with the other regularly priced units, so students in the low-income units are not segregated from the rest.

Kennerk added the project has set a precedent that proponents of future housing projects must keep an open dialogue with students.