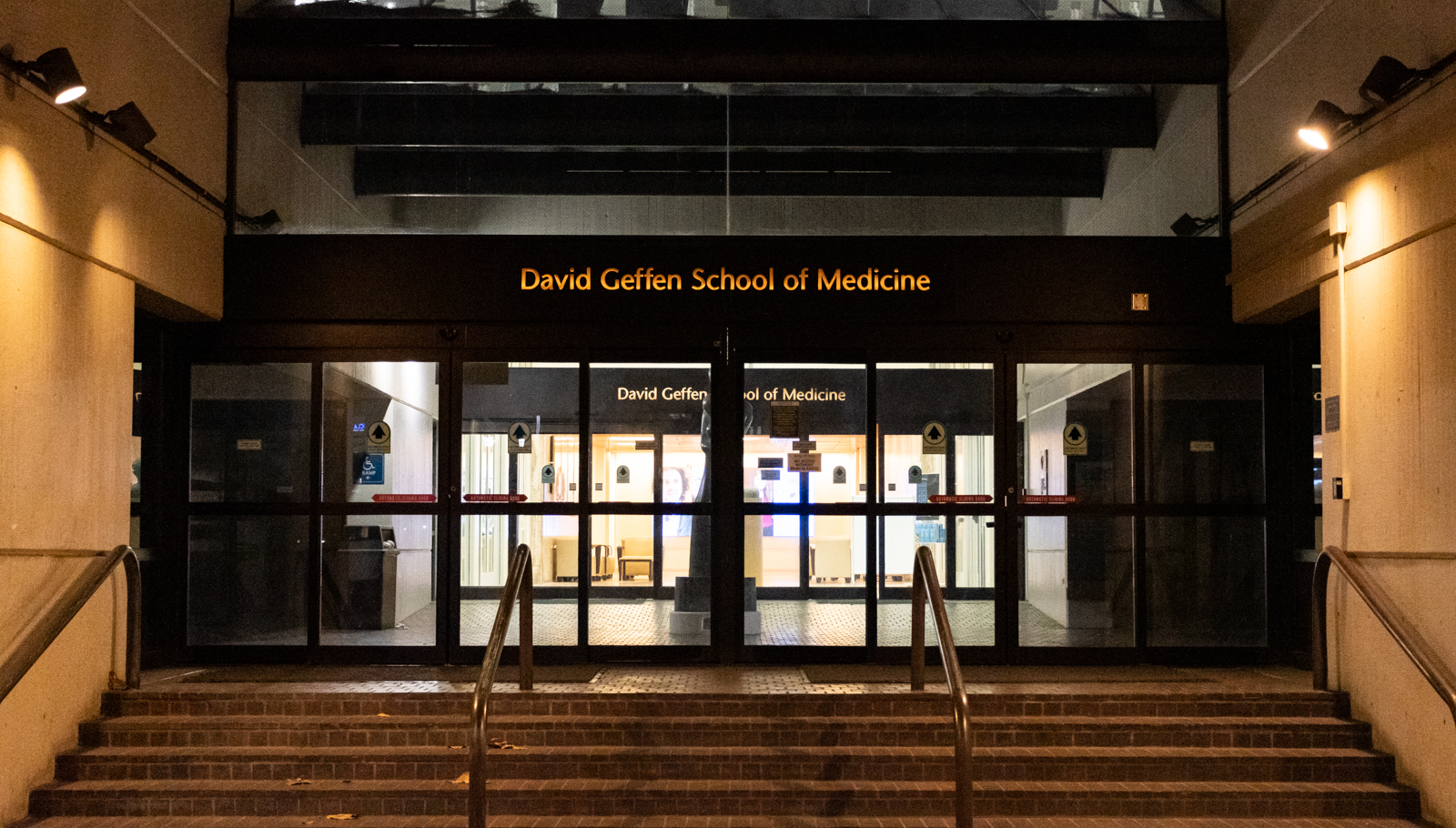 The David Geffen School of Medicine increased the GPA and MCAT cutoff standards for its applicants, according to a policy proposal written by medical students. These changes stand to decrease the diversity of the university. (Lauren Man/Daily Bruin)

The David Geffen School of Medicine is considered one of the most diverse medical schools in the country.

Not for long, though.

UCLA’s school of medicine raised its math and science GPA and MCAT cutoff scores to 3.4 and 512, respectively. This policy change will go into effect in the 2019 admissions evaluations.

This decision has been wrought with controversy. While administrators argue the new cutoffs merely simplify the application process and decrease the likelihood of losing qualified students to other schools, others view this as excluding underprivileged applicants.

According to Kaplan, an MCAT score of 512 is just two points shy of being in the top 10 percent of all tests. According to the Association of American Medical Colleges, a science GPA of 3.4 is actually slightly below the average of 3.47 for 2018-2019 U.S. medical school applicants. This is significant because GPAs and MCAT scores are intimately tied with socioeconomic background – more affluent students historically have had higher grades and test scores.

Therefore, a hike in cutoff scores could prevent a large majority of disadvantaged students from being considered for admission by UCLA.

UCLA’s school of medicine is ranked No. 8 in the country in research by U.S. News & World Report, a standing that merits and demands stringent admissions guidelines. And while applicants’ merits might primarily be based on their GPAs and MCAT scores for the sake of time and resources, raising the medical school’s already sky-high standards in these areas is dangerous. Raising the cutoff requirements would further ostracize already disadvantaged students and homogenize future school of medicine classes – a result incompatible with the university’s core values of diversity and inclusion.

“We (at the admissions office) recognize that lack of opportunity during formative years can negatively affect performance on standardized tests,” said Phil Hampton, a spokesperson for UCLA Health and the school of medicine, in an email statement.

However, the administration’s hike in cutoff scores seems to contrast this.

In response to the cutoff changes, students at the school of medicine crafted the Student DGSOM Admissions Policy Proposal. The document explains, using AAMC data, that applicants who receive fee assistance or whose parental education is less than a bachelor’s degree – two indicators of a lower socioeconomic background – on average have lower MCAT scores and GPAs than their more advantaged counterparts. In fact, only the top 5 percent of these socioeconomically disadvantaged students would even be considered with the new admissions thresholds.

Students also believe the administration does not effectively consider the entirety of underprivileged students’ applications. The school of medicine employs professionally trained third-party screeners to read applications. But according to the student policy proposal, these screeners are unequipped to properly dissect them.

Abhinaya Narayanan, a medical student, said she is most troubled by the lack of transparency regarding the qualifications and experiences of the school’s application screeners.

“We have not been given any details to the extent that these screeners have either the lived experiences or the specific education and training around understanding the barriers that disadvantaged students have faced,” Narayanan said.

The problem is that the roads students travel to medical school are far from the same. Affluent students can have many advantages along the way – such as private tutors, expensive preparatory classes or access to mentors – that their counterparts from underprivileged backgrounds do not. Inevitably, these disparities manifest in their GPAs and MCAT scores.

The school of medicine needs to revert to its previous cutoff scores to increase, or at least maintain, the diversity of its student body. The path to medical school is unforgiving as it is, especially for socioeconomically underprivileged students. An increase in the threshold of scores only adds more obstacles to that.

Screeners should also come from disadvantaged backgrounds or have extensive training working with students from underprivileged communities. This, according to the student policy proposal, would better equip screeners to analyze those students’ applications because they would better understand what to look for and how these particular experiences can shape the test scores and GPAs they see.

[Editorial: Lack of diversity in Geffen hiring process leads to lack of excellence]

Some might argue the change in application scores is a necessary way to raise the bar for incoming medical students. After all, GPAs and MCAT scores have to be considered in the application process – each year, the school of medicine has roughly 14,000 applicants, of which only 175 are accepted. The admissions staff simply can’t afford to meticulously examine every application; there must be some hard qualifications, that, if not met, eliminate an applicant from further consideration.

But when these hard standards come in the form of stellar MCAT scores and GPAs, a large demographic of students inevitably gets left behind. This is because while these numbers, in part, quantify a student’s aptitude, they are also largely reflective of the resources they had to help them succeed.

A diverse class is crucial: It fosters learning beyond the classroom and provides a wide range of backgrounds and ideas. Furthermore, providing quality patient care requires understanding the experiences of the nation’s many communities. The population of up-and-coming doctors should aim to mirror the population they hope to serve.

UCLA’s school of medicine is considered one of the most diverse medical schools in the country. While maintaining the prestige of the university is paramount, that shouldn’t come at the cost of homogenizing the nation’s topmost doctors.