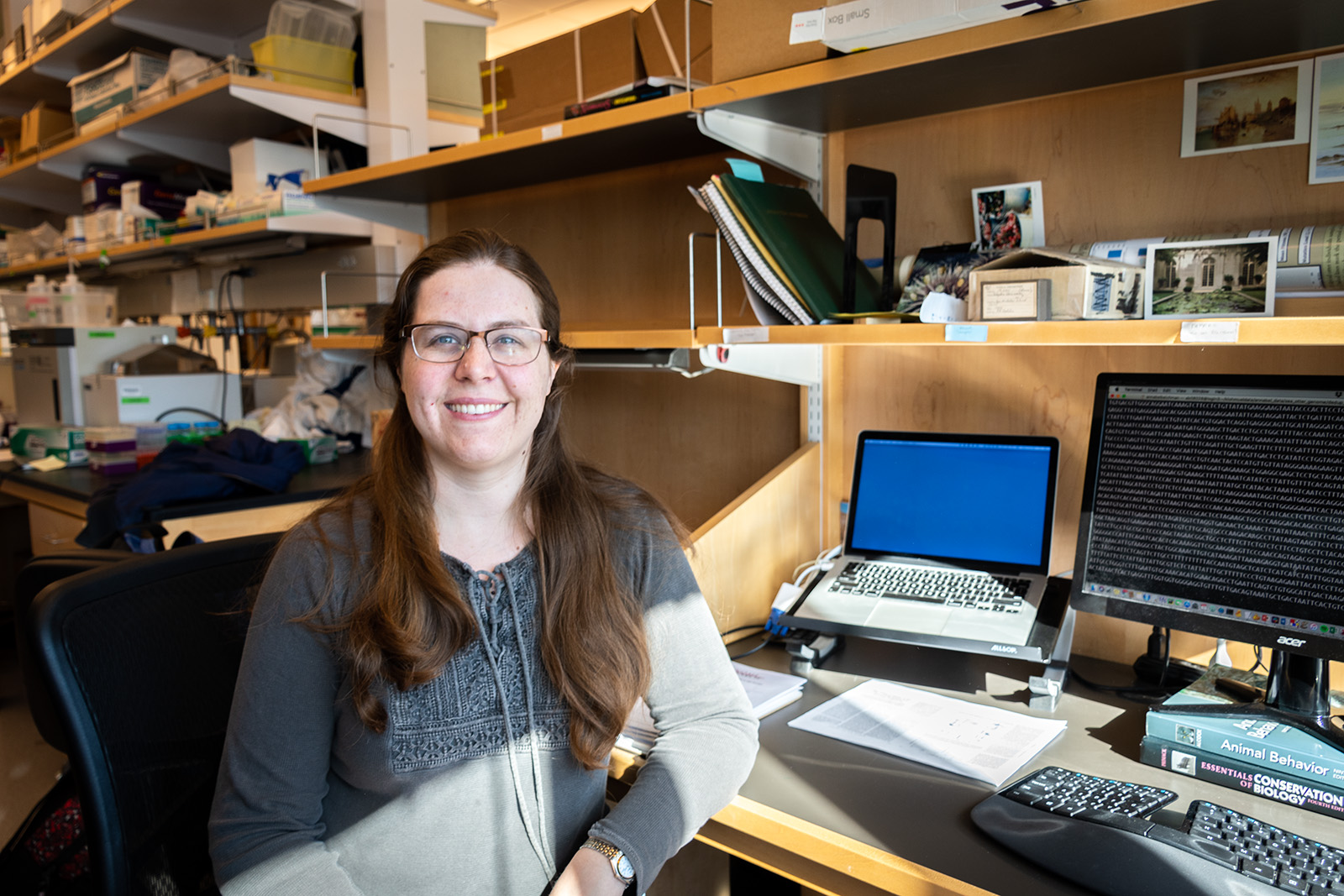 A UCLA graduate student sequenced a sea otter genome to understand how the species almost went extinct hundreds of years ago.

Annabel Beichman, the graduate student leading the project, sequenced the genome of Gidget, a sea otter from the Monterey Bay Aquarium who passed away Feb. 3 from chronic health problems originating from osteoarthritis.

She said she hopes the research will show what genetic variation has been lost in the sea otter population since the 19th century – when the species was almost driven to extinction as a result of fur trading – and how it will impact conservation efforts. Gidget’s genome, along with Beichman’s research, will be published within a few months.

“Even posthumously, (Gidget) still is the face of our otter genome project, and I think it’s really amazing that her legacy continues on,” Beichman said. “She’ll help with pretty much any future genetic research people want to do (on sea otters).”

Researchers chose to sequence Gidget’s genome because she was the first otter at the aquarium to have a full veterinary examination, during which the veterinarian drew some extra blood from her to use during sequencing.

Gidget’s genome will be used as a template to help sequence specific genomic regions of other otters. Beichman spent a year or two sequencing Gidget’s entire genome from scratch, said Kirk Lohmueller, Beichman’s supervisor for the project and associate professor of ecology and evolutionary biology at UCLA.

After Gidget’s genome was coded, Beichman was able to study the genes of other otters quicker since she was simply identifying target regions from Gidget’s sequence, rather than rebuilding the entire genome.

Beichman is also studying ancient DNA of otters from before the fur trade, which she extracted from skeletal remains, said Robert Wayne, an ecology and evolutionary biology professor at UCLA and Beichman’s other supervisor.

Around the 19th century, when the sea otter population was extensively hunted for their fur, the species experienced a genetic bottleneck – a rapid reduction in population size – which resulted in a loss of genetic diversity, Wayne said. Beichman said throughout the project, she partially sequenced the genomes of approximately 150 otters from around the world to piece together her research.

“You try to sort through all that gibberish and try to find all the stuff that codes for genes that can actually code for proteins and make something functional,” Beichman said. “Then, you can start to think about things like genetic adaptations over time, harmful genetic variants that may have arisen in the population, and … the history of the population.”

By studying the genomes of sea otter populations before they were nearly hunted to extinction, Beichman said she will be able to better understand the effects of the fur trade on sea otters’ genetic diversity. Genetic monitoring of sea otters, along with data before the fur trade, will help plan conservation approaches to manage the population, she said.

Wayne said if he and Beichman find that many genes were lost or find important variation that still exists in sea otter populations, they can incorporate that information into population management plans.

Beichman said ultimately she hopes to see an increase in genetic diversity and a decrease in harmful variants in the future. Based on the research, scientists may be able to find ways to induce gene flow between sea otter populations or restore historical migrations to continue increasing genotype varieties.

Sea otters are classic trophic cascades, meaning they are essential to entire marine habitats, Beichman said, and are therefore critical to healthy coastal ecosystems. She said Gidget played an active role in helping the sea otter population because her genome will be a resource for any future conservation geneticists in the field.

“There’s this weird feeling of feeling like I knew (Gidget) from afar through her genetic code. I’d always try to pay her tank a visit because it was really inspiring to see all that DNA coming together,” Beichman said. “It’s not just a big data dump of letters on my screen – all these letters somehow create this remarkable animal that’s very important to coastal ecosystems.”