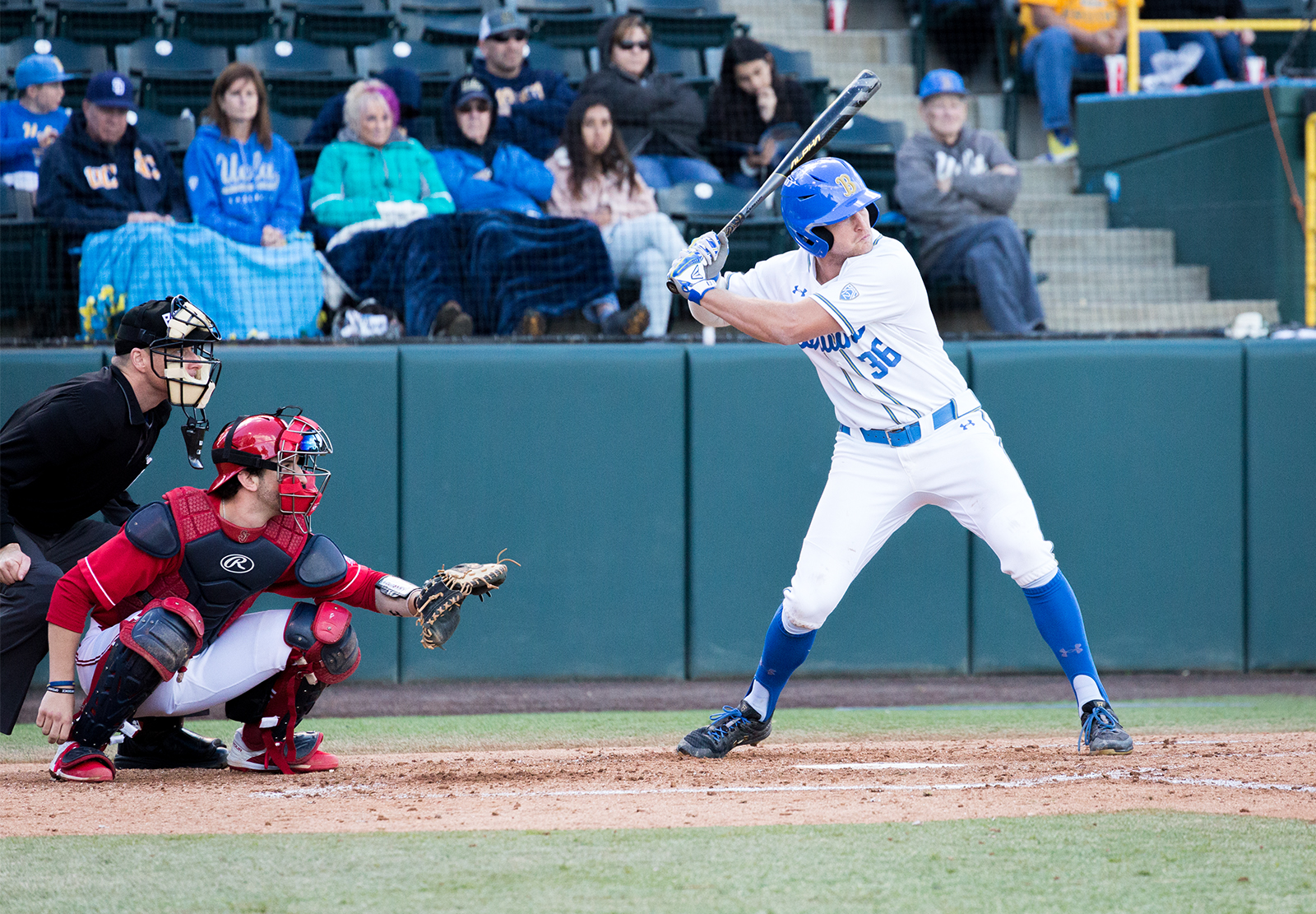 Senior designated hitter Jake Pries went 1-for-2 in each of UCLA baseball’s three games against St. John’s. Pries scored four runs and drove in two while also picking up three walks and a stolen base in the season-opening series. (Isabelle Roy/Daily Bruin senior staff)

The Bruins’ starting pitching has yet to give up an earned run.

No. 5 UCLA baseball (3-0) completed the series sweep of St. John’s (0-3) with an 11-1 victory on a Sunday afternoon at Jackie Robinson Stadium. In his first appearance for the Bruins, freshman right-hander Jesse Bergin picked up where redshirt junior right-hander Jack Ralston and sophomore right-hander Zach Pettway left off – he went 5 2/3 innings with nine strikeouts to maintain the starting rotation’s 0.00 ERA.

“I think for his first initial freshman debut it was pretty good,” said coach John Savage. “When you strike out nine and walk one, get into the sixth inning, I think anybody would take that.” Savage said.

Bergin was able to retire the first six batters he faced, striking out four straight batters during that stretch. He also struck out at least one batter in every inning he pitched on Sunday.

“I was nervous and anxious at first,” Bergin said. “But after the first inning, I got pretty comfortable and had the guys behind me and it just got easy.”

With one out in the top of the third, a throwing error by sophomore shortstop Kevin Kendall gave the Red Storm their first base runner. The runner stole second and scored on an RBI double by shortstop Rudy Aguilar. Bergin struck out the next batter on a curveball, and ended the inning with a pop fly to right field.

The offense responded by matching St. John’s’ single run later that inning via a two-out RBI single up the middle by junior first baseman Michael Toglia. The very next inning, senior designated hitter Jake Pries was hit by a pitch and junior third baseman Ryan Kreidler moved him over to third on a double.

The next inning, the bottom of the order started a rally that gave the Bruins a 3-1 lead. Sophomore right fielder Garrett Mitchell’s single would score Pries, and junior catcher Will McInerny’s sacrifice fly knocked in Kreidler. Another run in the fifth and UCLA’s seven-run seventh inning – capped off by a two-run homer by junior second baseman Chase Strumpf – extended the lead to 10.

“The more balanced we are the better we’ll be,” Pries said. “We have guys off the bench who are just as talented as any guy up front and the way to the back, so we’re pretty widespread with talent.”

Pries got his second straight start at designated hitter after coming in as a pinch hitter for Friday night’s win. He went 4-for-6 with two RBI and three walks over the course of the series.

“We’re looking to have tough outs one through nine,” said Savage. “I think we did a pretty good job of you know, having the next man up and guys were ready to play (and) ready to hit.”

The undefeated Bruins will host Loyola Marymount on Tuesday at 6 p.m. 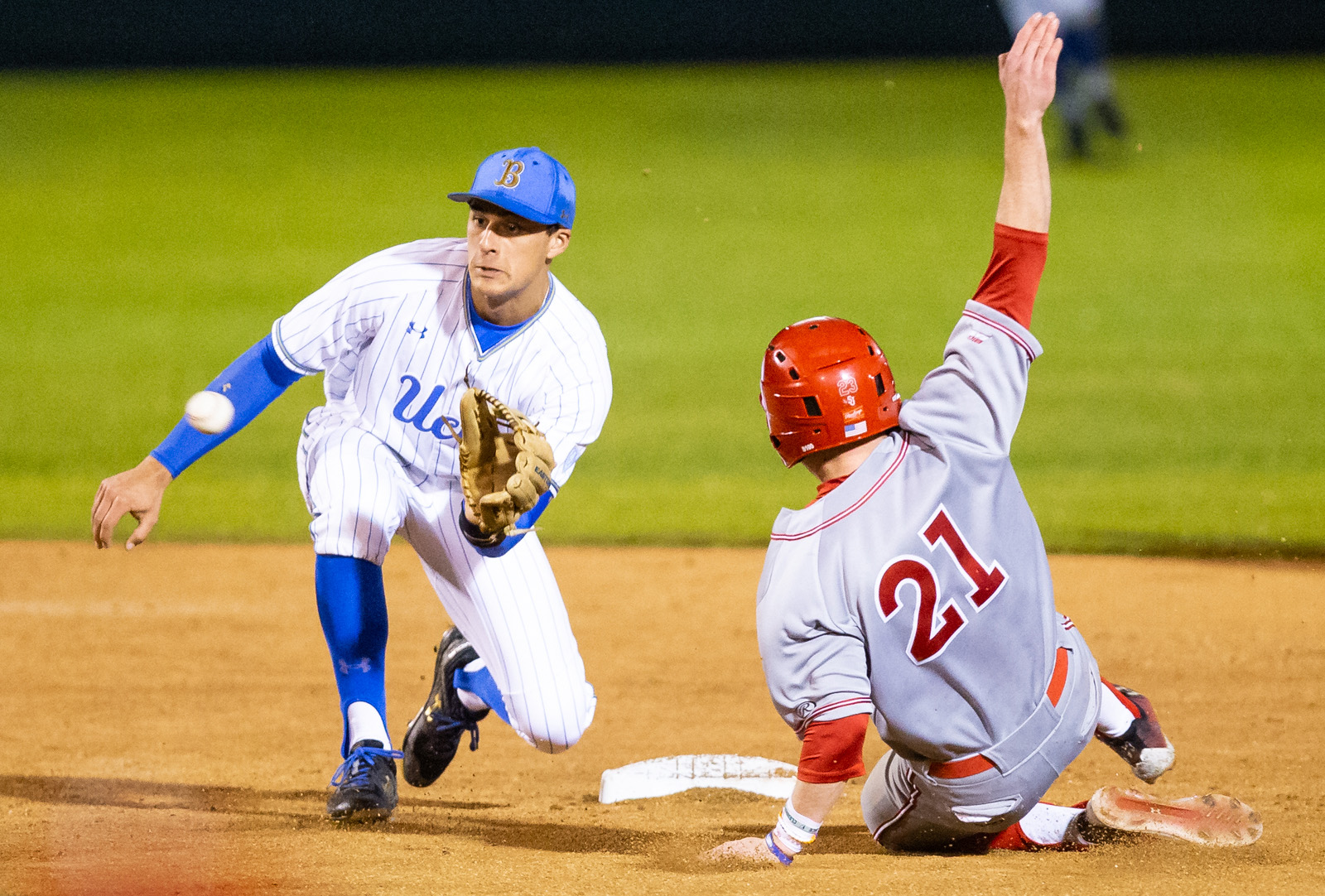 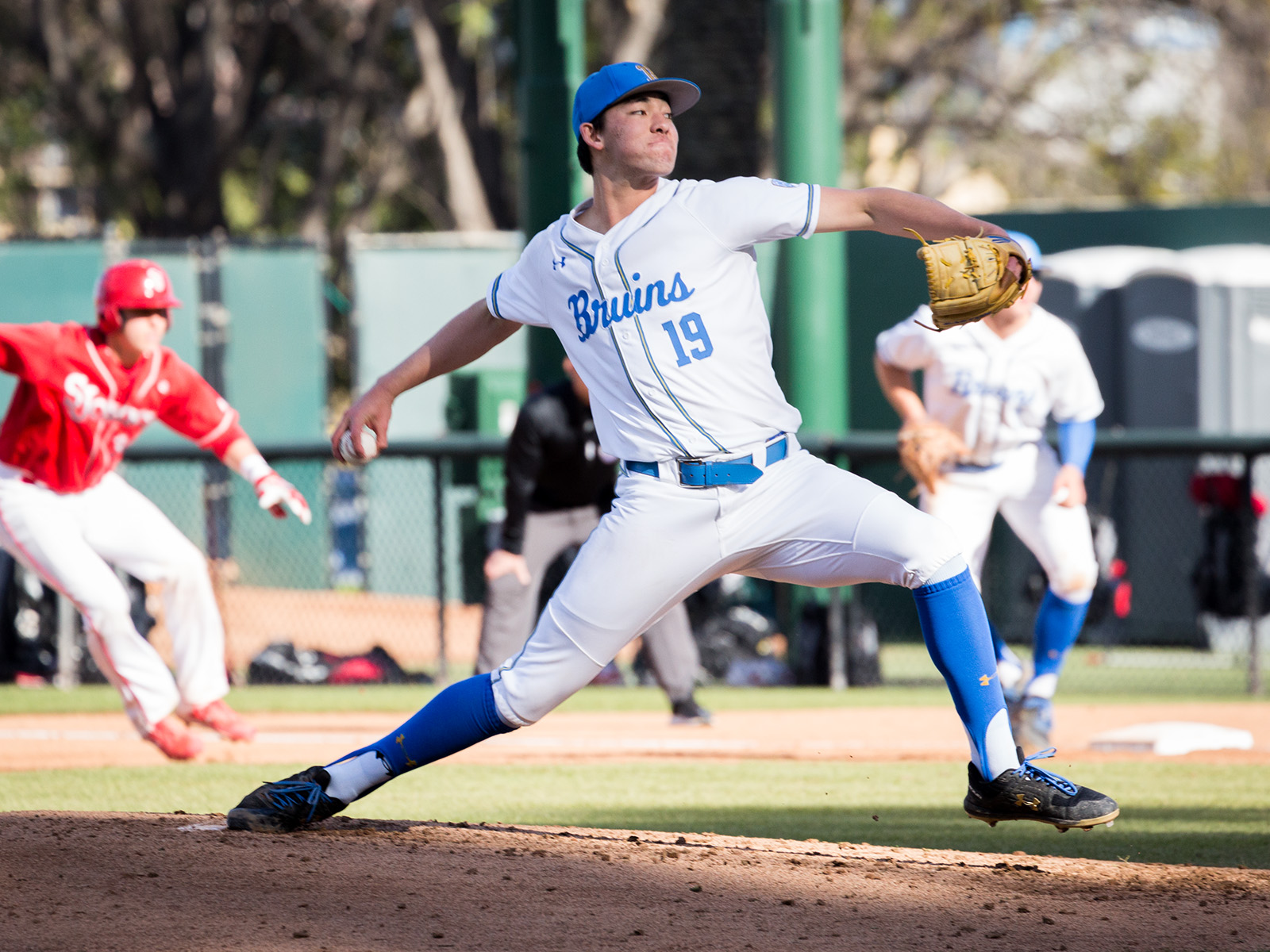