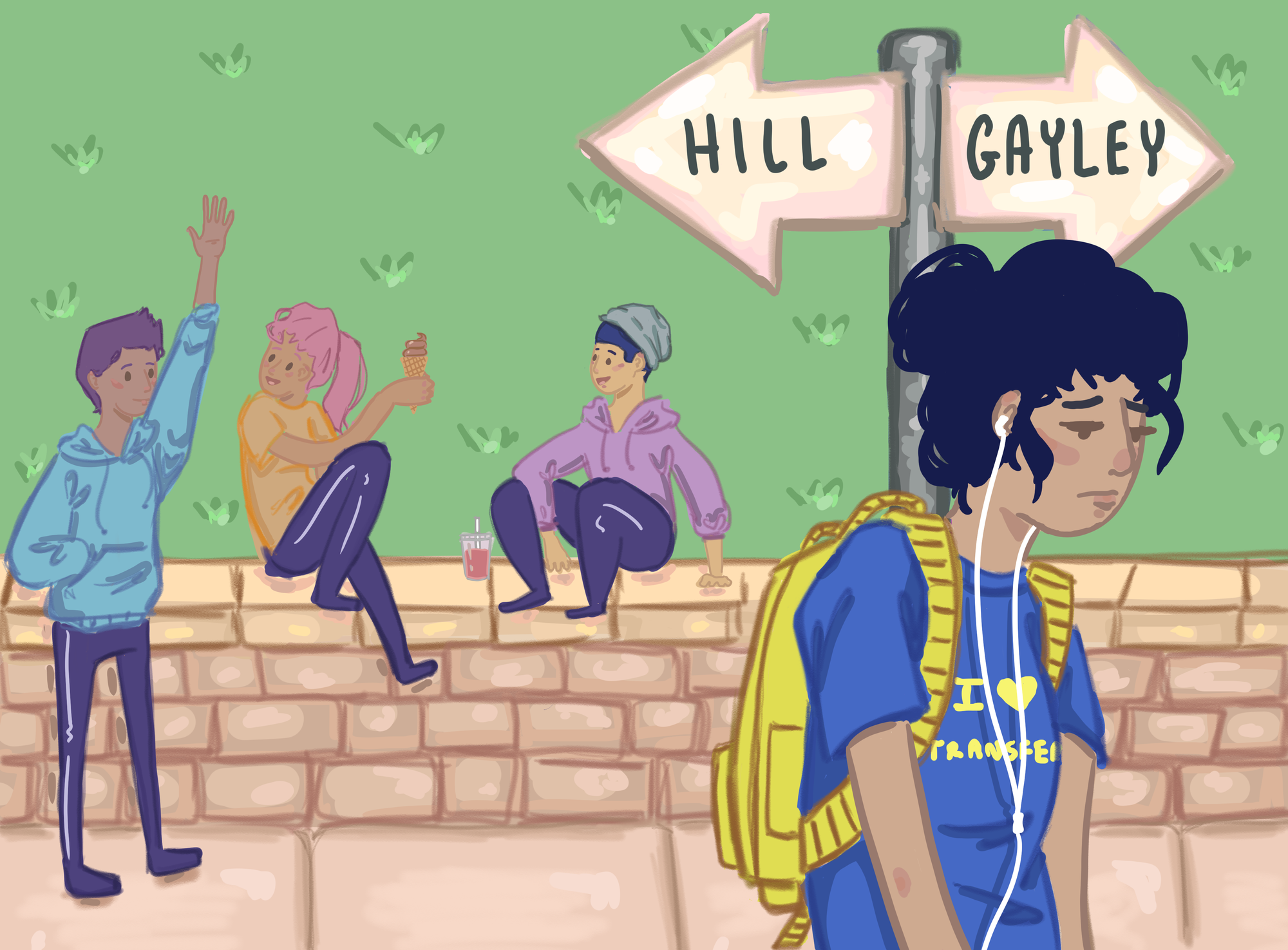 Think about your first memory at UCLA. Maybe you’re grabbing boxes for your dorm out of your parents’ minivan.

Or maybe you’re lost on your way to lecture, chugging coffee to wake up after suffering through hours of traffic and parking nightmares.

While resident and commuter students take different paths to UCLA, you would think we all would share similar experiences at the university – or at least the same meals.

But this isn’t the case. While residents mainly socialize and dine on the Hill, students who live off campus seldom have a reason to make that trek. This means commuter and transfer students living off the Hill can have trouble feeling integrated into the campus’ social life.

These students can still buy a meal plan on the Hill, but their cheapest option is well over $600 per quarter. This is a prohibitively expensive upfront cost, especially for students who haven’t used a meal plan before. Off-campus students can also buy individual meal swipes at dining halls, but few know this option exists. This makes dining halls, and thus the Hill, inaccessible to commuter and transfer students who live off-campus.

UCLA needs to reduce this segregation of space to foster interaction between residents and commuters. Dining halls are an essential facet of the UCLA social scene, and they need to be made more available to transfer and commuter students to fully integrate them into the Bruin community.

“The way the campus is structured has created a barrier between on-campus students and commuter students,” said Heather Adams, director of the Transfer Student Program.

This doesn’t just hurt transfer and commuter students. Isolating commuter and transfer students deprives all students of critical opportunities to interact with their peers, who may have drastically different life experiences. These diverse social interactions can bring the community together and make its members more empathetic and informed. UCLA makes an effort to admit a diverse student body, but the true value of this diversity is lost if students are robbed of the ability to casually share their diverse experiences over a meal.

Celeste Zarpas, an alumna who graduated in 2017, only ate at a dining hall once – during orientation – while she was a student. She said she would’ve gone to the Hill more often had she known she could buy swipes.

Instead, Zarpas ate at Ackerman Union with other commuter students.

“I liked Ackerman because it felt like everyone was a misfit,” she said.

Without more support from UCLA, transfer and commuter students will continue to feel like misfits. It’s difficult to juggle adjusting to a new school, managing the breakneck speed of the quarter system and exploring the social life of the UCLA community. It’s almost impossible to do so without access to the whole campus.

“The short time at UCLA plus a long commute cut into your ability to plug into the community and make the most of the experience,” Adams said.

But all students should feel they belong at UCLA, no matter where they live. Encouraging commuter and transfer students to explore residential areas would give them a greater sense of ownership of the school. This is especially critical for transfer students, who only have a few years at UCLA. Providing these students a comfortable place to socialize, like the dining halls, would help them make the most of their time.

Compared to other universities, UCLA has done relatively little to integrate commuter and transfer students into dining halls and residential social life.

At UC San Diego, faculty, staff and students without a housing contract can use the Community Dining Plan to get a 20 percent discount on dining hall purchases after depositing $25 into their account. This program currently serves 2,800 people. UC Santa Cruz sells Slug Club cards that allow users to purchase meals in increments of five. These meals cost $9.50 each, or $8.50 during sale periods at the start of every quarter. These programs are both more affordable and accessible than UCLA’s.

UC Berkeley has a slightly different approach, but its program still allows off-campus students to purchase smaller meal plans that are hundreds of dollars cheaper on the whole than UCLA’s nonresident meal plans.

Some schools are willing to go the extra mile. Skidmore College renovated its dining halls in 2006 after it found the spaces restricted the interaction between older and younger students and detracted from a sense of campus community.

Bruins deserve at least that much from the nation’s top public university. UCLA needs to take inspiration from these universities.

Dining halls are more than a place where residents grab a snack. They should be spaces where students of all ages and backgrounds interact casually and start to form relationships that broaden their understanding of the community.

Commuter and transfer students may not live on or near campus, but they should still be able to call UCLA their home.