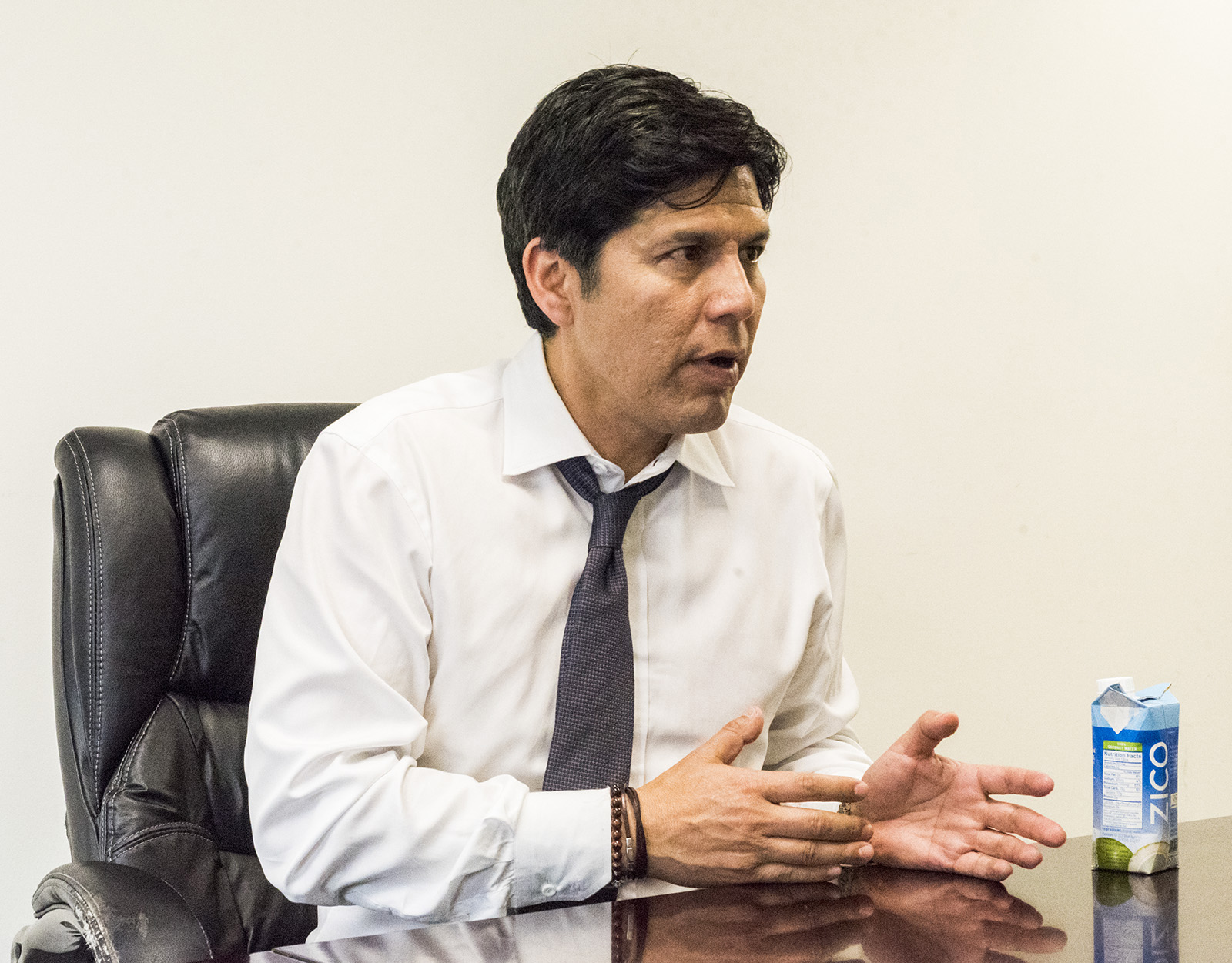 Kevin de León, who has served in the state legislature for 12 years, is joining the Luskin School of Public Affairs faculty. De León unsuccessfully ran for a U.S. Senate seat and announced his intentions to run for LA City Council earlier this week. (Daily Bruin file photo)

Kevin de León will join the UCLA faculty this spring.

De León, former president pro tempore of the California State Senate, will teach courses in public policy at the Luskin School of Public Affairs for both undergraduate and graduate students.

De León worked in the state Legislature for 12 years beginning in 2006. He began in the Assembly, then was elected to the Senate, where he served as president. De León also ran for a U.S. Senate seat in 2018, but was defeated by Sen. Dianne Feinstein. He also announced Monday he plans to run for the March 2020 Los Angeles City Council election.

De León will also work with UCLA’s Latino Policy & Politics Initiative. He will hold an advisory position that will allow him to conduct research regarding how domestic policy challenges affect Latinos, according to a university press release.

De León said in an email statement he is excited to be a professor for a university that rejected his application as an undergraduate.

“From the state capitol to the forefront of the industries that make California the world’s fifth largest economy to my own US Senate campaign, I have continually found myself in the company of UCLA graduates, students, and faculty whose idealism and tenacity have inspired me to be the best advocate possible for the people of California,” de León said in the statement.

Sonja Diaz, executive director and co-founder of the initiative, said de León’s involvement with LPPI will benefit students and the program’s partnerships with community organizations and elected officials.

“I am ecstatic to welcome Kevin de León to UCLA’s Latino Policy & Politics Initiative,” Diaz said. “He will be instrumental in connecting data and facts to the work of his state legislative colleagues in and beyond California.”

Diaz added she believes de León’s stances on environmental and immigration issues have helped to improve the lives of Californians.

De León was the first Latino in more than a century to serve as president pro tempore, according to a university press release. Throughout de León’s political career, he has worked on fighting climate change, rebuilding the state’s infrastructure, improving public education, and establishing workplace and health care equity, the press release said.

“Having (de León) as part of UCLA’s faculty will be beneficial to students aspiring to enter the public service sector,” Arteaga said. “He will be able to bring firsthand knowledge, experiences of public policy in action and give context to subjects other professors can’t.”

De León said he looks forward to sharing his legislative experience with students to give them an insider’s perspective on what it takes to create legislation in California.

Christian Israelian, a first-year public affairs student, said he would be interested in taking a class with such an influential leader in California politics.

“I would love to see what he says about some issues we learn in public affairs,” Israelian said. “I have some issues with his record, such as him skirting around the edges when asked about progressive policies, and might challenge him on it while in class.”