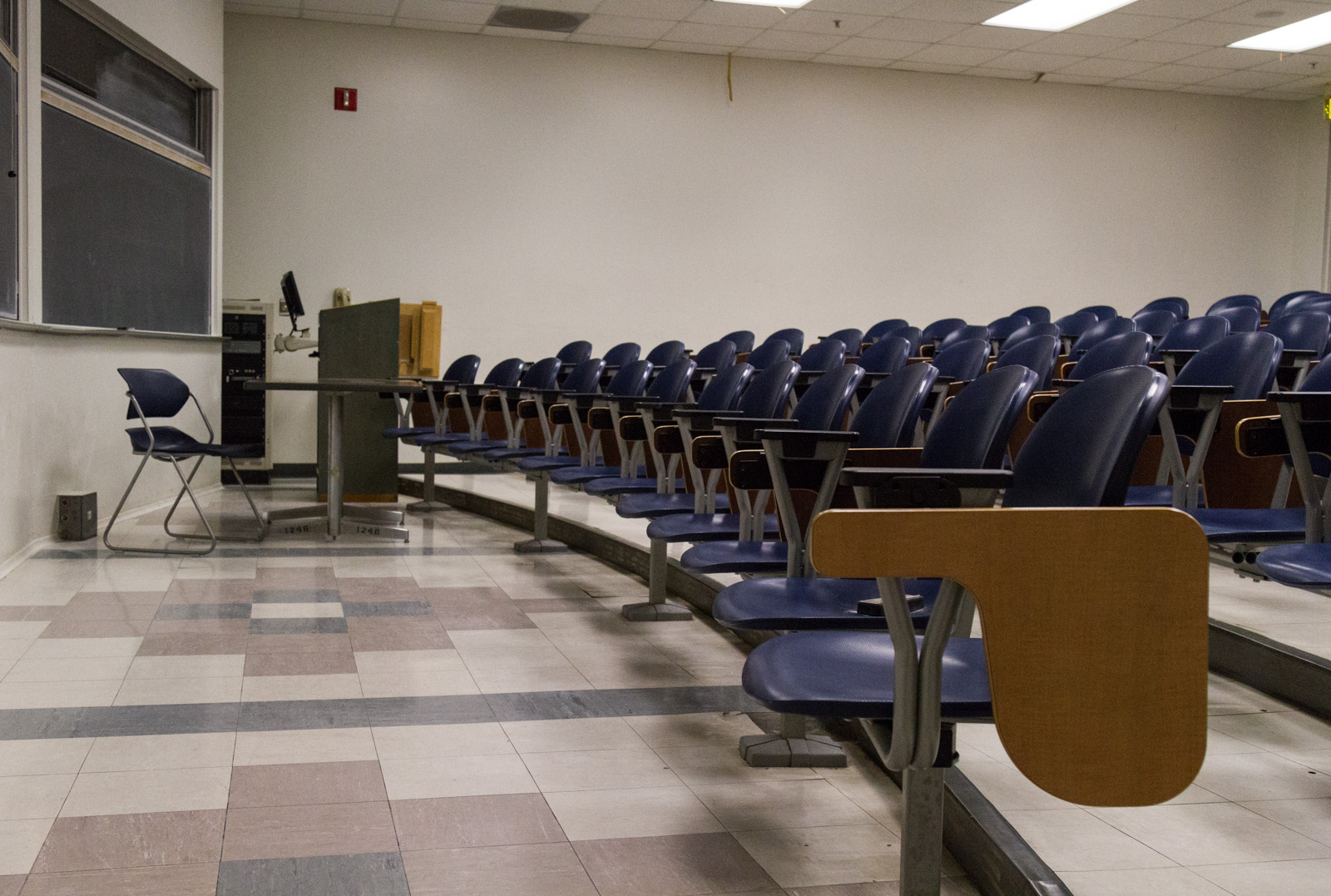 Finals week takes place the week after the quarter officially ends. This condensed timeline leaves many students with multiple finals on the same day, which can cause unnecessary stress. (Rachel Hefner/Daily Bruin)

Friday of finals week is a day of mourning for Bruins – for their fried brains, that is.

You can thank UCLA’s cramped final exams schedule for that.

UCLA’s final exam period is unreasonably short. The majority of exams take place within the five weekdays directly after classes end Friday of week 10, with a select few taking place on the Saturday or Sunday before. This means students are forced to take multiple exams in an extremely short time frame, setting them up for excess stress and exhaustion. With so many students collectively taking thousands of classes and final exams, students are much more likely to have consecutive finals with exam days so packed together.

This short final exam period isn’t just detrimental to students. Professors have only 10 days after the end of finals week to submit grades. Even if a professor holds a final on the very first day of finals week, those extra few days do little to alleviate the pressure of marking exams at such a fast pace, especially for those exams with a heavy writing component.

As a result, many professors rely on alternative methods. Some hold their final exams during week 10 to avoid finals week and others assign final papers instead of formal examinations. The mental strain and stress caused by the condensed schedule sets students and professors up for failure.

Finals week needs to be extended in order to alleviate this. Putting students in a position where they frequently have consecutive exams creates unnecessary anxiety and hurts their academic performance.

The issue boils down to the number of days scheduled for final exams. At other universities, students are given seven-day, 10-day or even two-weeklong final exam periods.

UCLA’s setup, on the other hand, unnecessarily rushes things.

“With two back-to-back finals, it’s hard to prioritize one over the other,” she said. “I feel as though I would have done better if I had more space between finals and more time to prepare – by my second final I was very stressed.”

UCLA did not immediately respond to multiple requests for comment about the length of final exams week.

The university’s exam schedule presses students to take multiple finals in an unreasonable time frame. Having more than one three-hour exam in a span of two days taxes students’ emotional well-being. By the time they reach their later exams, they are mentally preoccupied, and they don’t perform as well as they otherwise could.

It might seem the way to alleviate this frenzy is to implement a dead week that would give students seven days at the end of the quarter to prepare for exams. This, however, doesn’t address the underlying problem of students being expected to take exam after exam. Rather, the only benefit would be to those who adjust their studying accordingly.

Alisa Fang, a first-year psychobiology student, said having two finals in the same day was overwhelming for her, but that the issue isn’t just about giving students more studying time.

“Dead week would ultimately only benefit some,” she said. “At the end of the day it’s up to students to monitor their study schedule, and ultimately, many students are just going to end up cramming anyway.”

A longer finals week addresses UCLA’s scrunched testing circumstances, not just students’ study habits. If the university were to allocate an additional week or even a few extra days for finals week, it could reduce how packed the exam period professors and students have to navigate is.

And fixing issues with the current system isn’t a ridiculous request. UCLA has the capacity to extend exam periods without drastically sacrificing breaks between quarters. The university already has a zero-week period in fall quarter, meaning it has an excess number of days in the quarter to allocate to longer final exam periods.

Extending finals week certainly doesn’t mean that no student will ever have back-to-back finals. But that’s not the issue. The problem is with the university’s disproportionately cramped exams, which means that a considerable number of students face these scheduling hardships. While extending finals week doesn’t necessarily change the luck of every individual student‘s finals schedule, it makes the odds much less stacked against the student body as a whole.

Finals week already drains students mentally and emotionally. Extending the exam period is the least UCLA can do to keep a little bit of sanity.